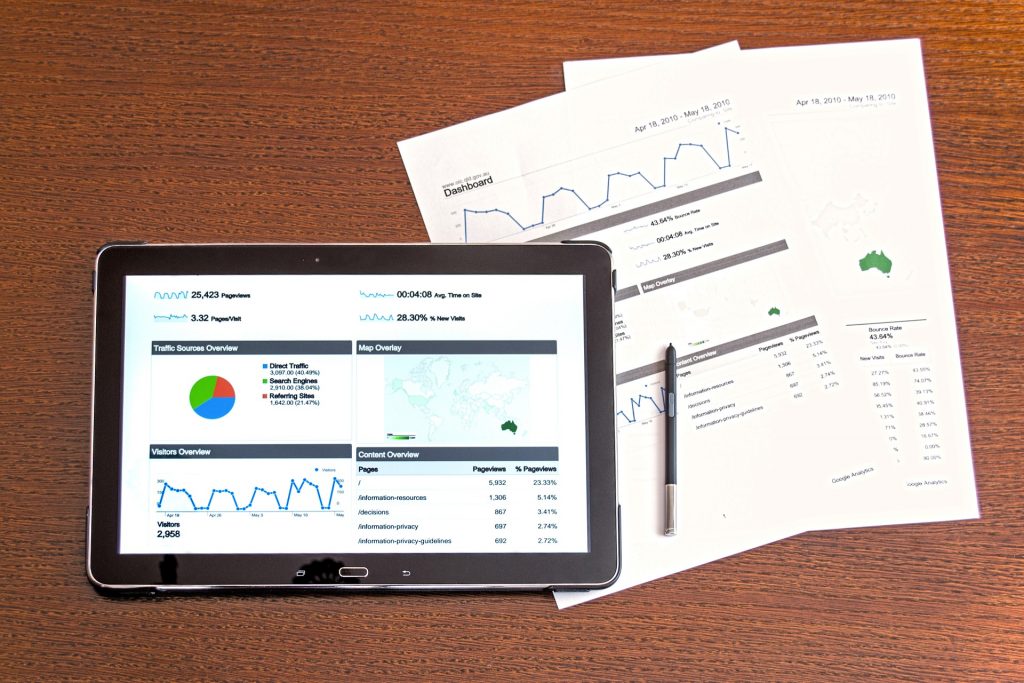 Before we all head off for some more May bank holiday fun, it’s time to delve into our weekly roundup of digital marketing stats.

If that’s not enough to wet your whistle, head on over to the Internet Statistics Compendium for even more.

Two-thirds of UK consumers are worried about data privacy

According to Gigya, 68% of UK consumers are concerned about how brands use their personal information, with two-thirds specifically questioning the data privacy of IoT devices like smartwatches and fitness trackers.

The results of a poll of 4,000 consumers also found that the majority of people think privacy policies have become weaker rather than stronger – 18% predict it will worsen under Theresa May’s government.

Apprehension over privacy was found to be higher in older generations, with 73% of people aged over 65 expressing concern. Nearly half of parents agree that personalised marketing is the future

A survey by Mumsnet has found that 46% of parents expect personalisation to become a big part of advertising in future.

However, there is certainly some resistance, with 58% saying that their data is private and only 26% liking the idea of personalised ads.

That does not mean that parents don’t see the value. 35% say they’d be open to seeing ads that apply to their lives, while 24% say that personalised ads would make them more likely to buy. The majority surveyed also said that they’d prefer to see tailored ads based on their previous search behaviour rather than online habits.

Mobile retail was up 18% in March 2016, while overall online sales grew 13% year-on-year. More specifically, the home and garden sector saw a 10% YoY growth, while health and beauty sales increased by 15% YoY – most likely driven by Mother’s Day.

19% of professionals have landed a job through LinkedIn

This week, LinkedIn announced that it has reached half a billion members worldwide, with 23m of these coming from the UK.

As part of the announcement, it also revealed that London is the most connected city in the world, with professionals having an average of 307 connections.

It also stated that a casual conversation on LinkedIn has led to a new opportunity for 29% of professionals, while 19% have landed a job through using the platform. According to the Advertising Association/WARC Expenditure Report, adspend was 3.9% higher in the fourth quarter of last year, with digital formats driving growth.

Internet spending was up 15.3% during Q4 and 13.4% over the entire year. Meanwhile, mobile took a 37.5% share, hitting £3.9bn for the year and accounting for 99% of the new money spent on internet advertising.

Research by BlueVenn has found that nearly two-thirds of UK and US marketers believe it is their role to collect customer data, but not actually analyse it.

However, it appears this is due to sheer volume rather than a lack of aptitude, as 93% of marketers say they are ‘confident’ or ‘very confident’ in their ability to analyse complex customer data.

The findings suggest a general discord amongst marketers, with 51% of UK and US marketers feeling that they spend too much time analysing data in their day-to-day work, with too little time left to spend on more creative aspects of the role.

Upon discovering that eight in 10 consumers forget most of the information in branded content after only three days, while more than half are unable to recall a single detail, a new report by Prezi has highlighted the reasons why.

The irrelevancy of ads is the biggest reason for a lack of recall, with 55% of consumers citing this reason. 37.7% said a lack of motivation to remember it, while 30% said there is simply too much content to retain.

In contrast, content which ‘tells the audience something new’ was found to be the most memorable, helping 27% of respondents to remember a brand. This was closely followed by content which teaches, inspires, or entertains. Half of retailers unable to predict shopper traffic

New research from Tryco has found that retailers are failing to monitor store performance correctly, with 50% unable to predict shopper traffic. Consequently, it is becoming increasingly difficult for retailers to balance operational tasks and customer service.

Lastly, retailers spend 70% of their time on operational tasks as opposed to 30% on customer service, reducing the opportunity to build important relationships with consumers.

eBay sees spike in searches for home and garden sector

eBay has revealed that it saw big spikes in searches within the Home and Garden category around the May bank holidays last year, with online shoppers showing two distinct purchasing mindsets.

On one hand, consumers appeared to be looking for quick-fix cosmetic items at the beginning of May, with sales of candles and plant pots leaping by 172% and 214% respectively.

On the other, shoppers were planning bigger renovation and DIY projects at the end of the month. This was reflected by sales of saws and lawnmowers rising by more than 1,000%, and sales of sofas jumping by 194%. Trinity McQueen has revealed that consumers will tolerate relevant online advertising, despite the popularity of ad-blocking.

In a study of 1,000 UK adults, it found that 56% of consumers now use ad-blocking software on their laptops and PCs, yet 46% say they don’t mind online advertising as long as it’s relevant to them.

The study also highlights the changing ways UK adults consume traditional and digital media. 29% of UK adults would be happy never to watch scheduled TV again, while one-third say that scheduled TV does not fit in with their lifestyle.

Finally, 41% of UK adults now subscribe to an on-demand service such as Netflix, Amazon Prime or Now TV.