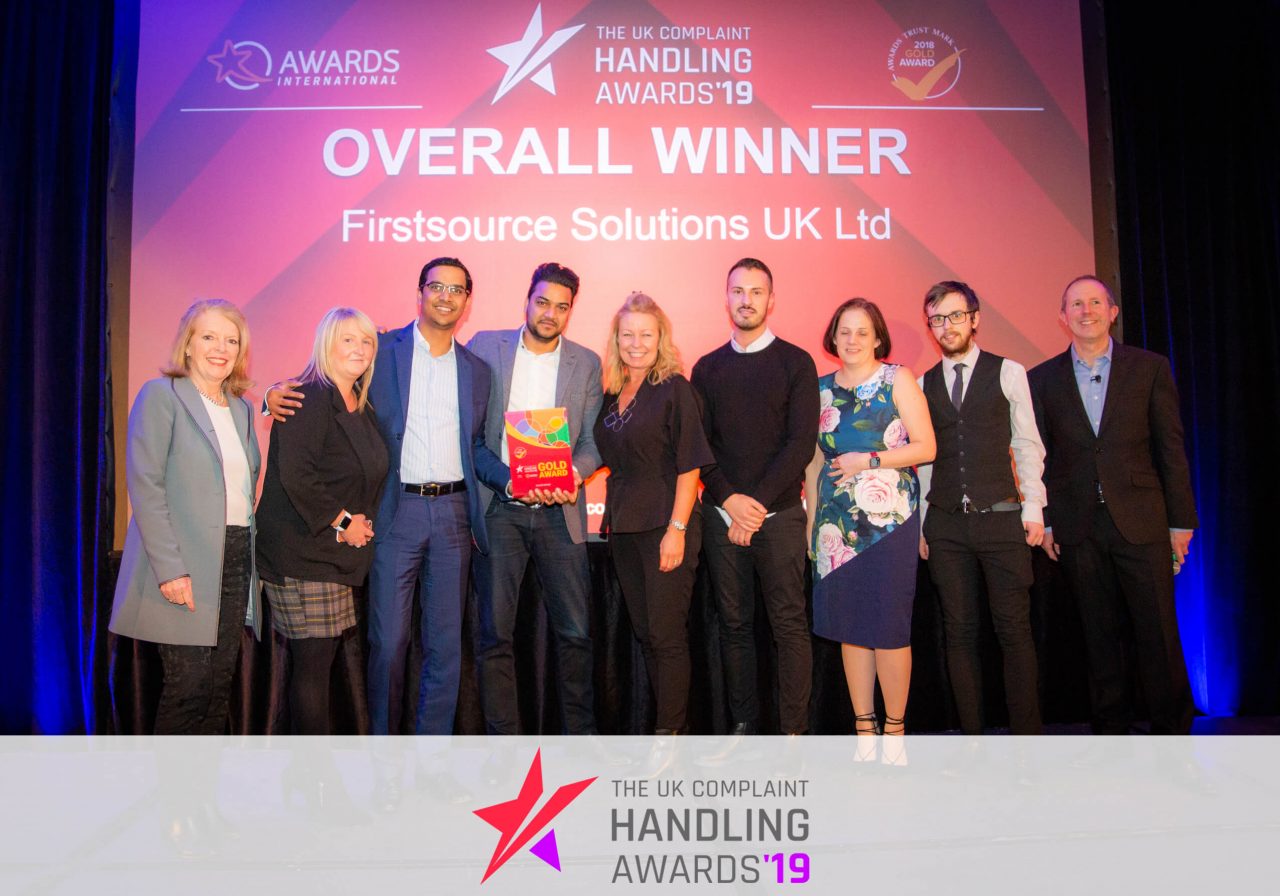 The 2019 UK Complaint Handling Awards have taken place in London, celebrating the people and  initiatives behind some of the best customer service operations in Britain.

Hosted by Awards International – holders of an Independent Awards Standards Council Gold Trust Mark – the event saw hundreds gather at the Park Plaza Riverbank hotel last Friday, when teams of finalists made presentations to an expert panel of judges throughout the day.

Finalists were competing to secure Gold and Silver titles across 18 categories, with one Overall Winner also named for their high score at the event, which this year was sponsored by Aptean and Ecosheme, and partnered by Resolver, Henley Business School’s Henley Centre for Customer Management, and The Malcolm McDonald Academy.

Following a gala lunch, the 2019 Overall Winner title was awarded to outsourcing services firm Firstsource, which claimed Gold in the Customer Insight Strategy category. The victory built on the success of the company in last year’s awards, when along with mobile network giffgaff it won Best Personal Entertainment & Telecoms.

Other big winners this year were banking giants HSBC, which won an incredible four Gold category titles, and United Utilities, which won three Gold titles, including the highly coveted Complaint Handling Leader of the Year award for their Head of Service Recovery, Sally Ainsworth.

The 2019 roll of honour also included Wessex Water in partnership with The First Word, which won in the Best Complaint Handling Training category; One Vision Housing, which claimed Gold for Best Use of Customers’ Insight and Feedback; and Capita, whose team walked away with the Customer Relations & Remediation award.

Speaking afterwards, Awards International CEO Neil Skehel said: “What an event this has been – we are incredibly fortunate to have such a vantage point on the high standard of complaint handling services in the UK.

“So many organisations are ensuring they have a robust complaints procedure at the heart of their structure, and these awards not only celebrate the best initiatives behind that, but they also allow representatives from all of these wonderful companies to come together and inspire each other, share best practice, and ensure complaint handling continues to go from strength to strength and remains central to a quality service.”

“On behalf of Awards International I would like to offer a huge congratulations to all of our winners, and I want to thank all of our finalists for coming and competing in what is now one of the most important events in the UK’s customer service calendar.”