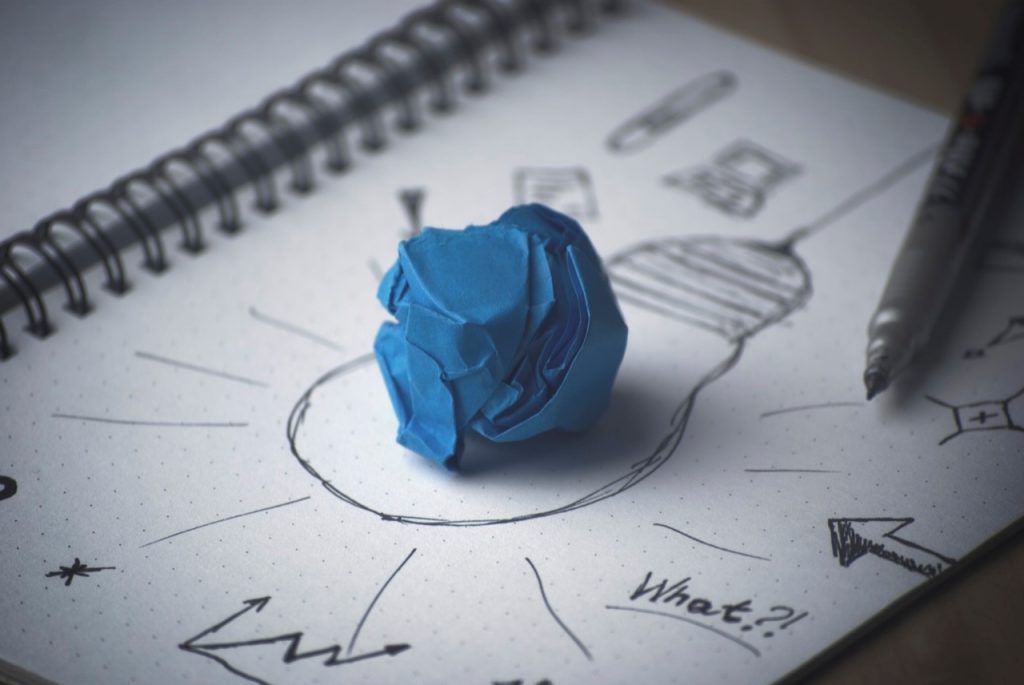 Charles is an acknowledged thought leader in customer-centric thinking and innovation. He has a special interest in identifying new thinking and next practice methods that can deliver immediate value to both the customer and the company, which can be quickly applied. He has worked with 800 organisations in more than 30 countries, leading, coaching and delivering strategic and operational Customer Experience change. He has worked with corporates such as Citibank, Nielsen, Apple and Microsoft, as well as governments in the Middle East and Asia.

4 Principles That Will Help You Become More Innovative

Innovators are different. They think differently, they’re more creative, they can appear crazy, but they also solve problems that other people struggle with. They find the ideas nobody else sees, and their thinking stands out as unique.

All of which puts them in demand!
What if I told you that you could harness these exact same thinking patterns? That you could think like an innovator, and do it so naturally, that they become part of your normal thinking patterns forever?
Innovation is a skill, and like any skill it can be learned, and I am going to share with you four principles that will start you on that journey to becoming an innovator, and put you in demand.

Principle 1: Innovation is NOT the domain of the genius or lone creator? We all know the names of the great innovators of our time, people who always seemed to stay ahead of the curve. Bezos, Jobs even Branson are names that spring to mind quickly. How did these people stay ahead of the curve with change accelerating so quickly? Pace of change is now a real issue and traditional thinking patterns dont allow us to keep up. Even 20 years ago the world seemed a much simpler place but even then change was massively accelerated from what it had been 20 years previously and so on. I always remember the example my grandfather told me about. He was born a few years after man was able to fly a few hundred metres. By the time he was in his 70s, we had not only put man on the man on the moon but were able to build craft that could fly 1.2 billion kilometers to Saturn, and that was already almost 40 years ago.
What we could do in a 100 years we can now do in 40. What we can do in 40 we can now do in 15 years. We need to find ways to think differently, otherwise we are never going to keep up?

Principle 2: Innovation is only useful if it creates customer value (in their own eyes)

Sounds obvious really but there are countless innovations out there which never achieved anything. Do you know about Clive Sinclair’s C5? Sinclair was hugely successful in the 1980’s with home computers. Subsequently he hoped to build on that success by entering the electric vehicle market. What Sinclair Vehicles built was slow, impractical, had very limited range and judged by some to be dangerous. The customer did not want it, did not like and most perceived they would never need it. Out of 14,000 units made barely a 1/3 were sold and Sinclair Vehicles quickly went into receivership.
Sometimes your innovation has real value but it arrives at the wrong time. Back in 2002, I engaged with a Nordic company that had built a mobile banking platform. It had the functionality, look and feel of the platforms commercially available and successful today. Was their value there? Absolutely! The problem was it arrived at the wrong time and it did not grab the customer imagination sufficiently to keep the company afloat.
Succesful innovation needs to offer sufficient unique customer value BUT delivering enough of “the wants” to create that desire to buy there and then.

Principle 3 : Learning to spot the innovation opportunity is half the battle

The opportunities out there today which have yet to be capitalised on are almost countless. Despite that, close to 90% of todays entrepreneurs and established companies fail to capitalise. Reason? They dont know how. I remember attending a customer experience event, and a professor got up and said (rather bravely in my opinion) “90% of you are followers and although you like to think you think differently, you simply can’t”. He did not really solve the problem during his talk although he certainly got everybody listening.
Here is the crux “problems are the innovators gold mine”. If you understand how you can identify problems (or opportunity) which nobody else has spotted then half the battle to innovate has been won. It is the bit around “opportunity nobody else has spotted” is key. If it is obvious then the likelihood it will already be addressed. Elon Musk went even further with the Hyperloop programme. He combined two challenges i.e. the ever increasing need to reduce global emissions with the need to get people and packages from A to B in ever increasing speed. Imagine being able to turn up at a station as if you were turning up for a train. Virtually no waiting. Just show up and travel – just at massively different speeds. Close to 1100 km/h. This would mean you could travel from London to Edinburgh in 45 minutes. Dubai to Doha in 23 minutes without all the hassle, queuing and waiting at an airport. So far 160 million USD has been raised and there are claims that the first commercially available routes will be with us by 2021, possibly in Dubai. This is innovation driven progress on a massive scale.

Principle 4: Understanding your customer better than anybody else is critical

The innovator wont get far if the “spotted” opportunity is not closely aligned to the wants/needs of the customer. Again, this may sound obvious but another problem arises.

Understanding customer wants/needs is traditionally gained by using approaches that ask the customer. There are plenty of methods out there – Voice of Customer Programmes, Focus Groups, Co-creation projects. There are products that can analyse huge amount of structured and unstructured data and collate into actionable insight.
The problem is Customers tend to use thinking patterns that whilst logical miss opportunity:

The result is an understanding which is about 35% of true potential. This is a massive gap but opportunity for those who are prepared to think differently.
This post only skirts the start of this fascinating subject. In the next few Weeks – I am going to show you a technique that will help you spot innovation opportunity. It will take you minutes to learn and it can be used immediately.