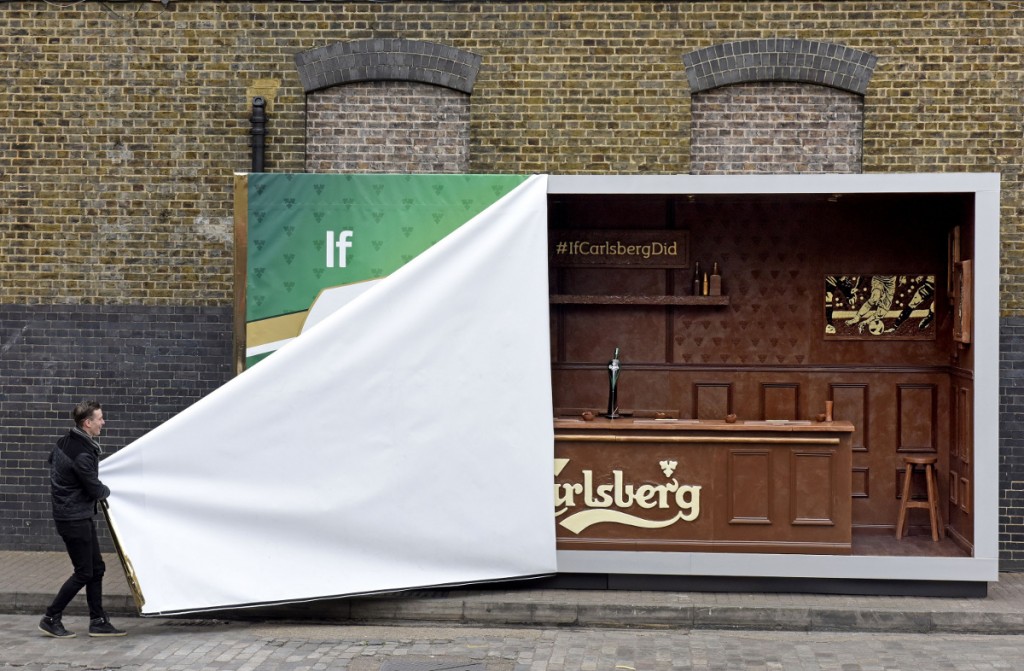 A Bar. Of Chocolate.

#ifCarlsberg Did a bar, it would be made of chocolate, apparently.

The Danish brewer has launched a pop-up bar made completely out of chocolate as part of its “if Carlsberg did…” campaign.

They unwrapped the foil to unveil a fully functioning, three-metre-deep pop-up bar, which was specially commissioned ahead of the Easter bank holiday weekend. The bar includes a a handcrafted chocolate dartboard, carefully constructed chocolate bar stools and a bespoke chocolate television screen, showcasing one of England’s greatest World Cup moments.

When it comes to customer experience, we believe this high-profile image campaign is literally too sweet to resist. It shows Carlsberg’s witty sense of humour and willingness to take risks with the concept that doesn’t seem to have too much in common with the actual product.

Chocolate sculptor and food artist Prudence Staite designed the bar which took three months to make, so check out their video of the bar in action!