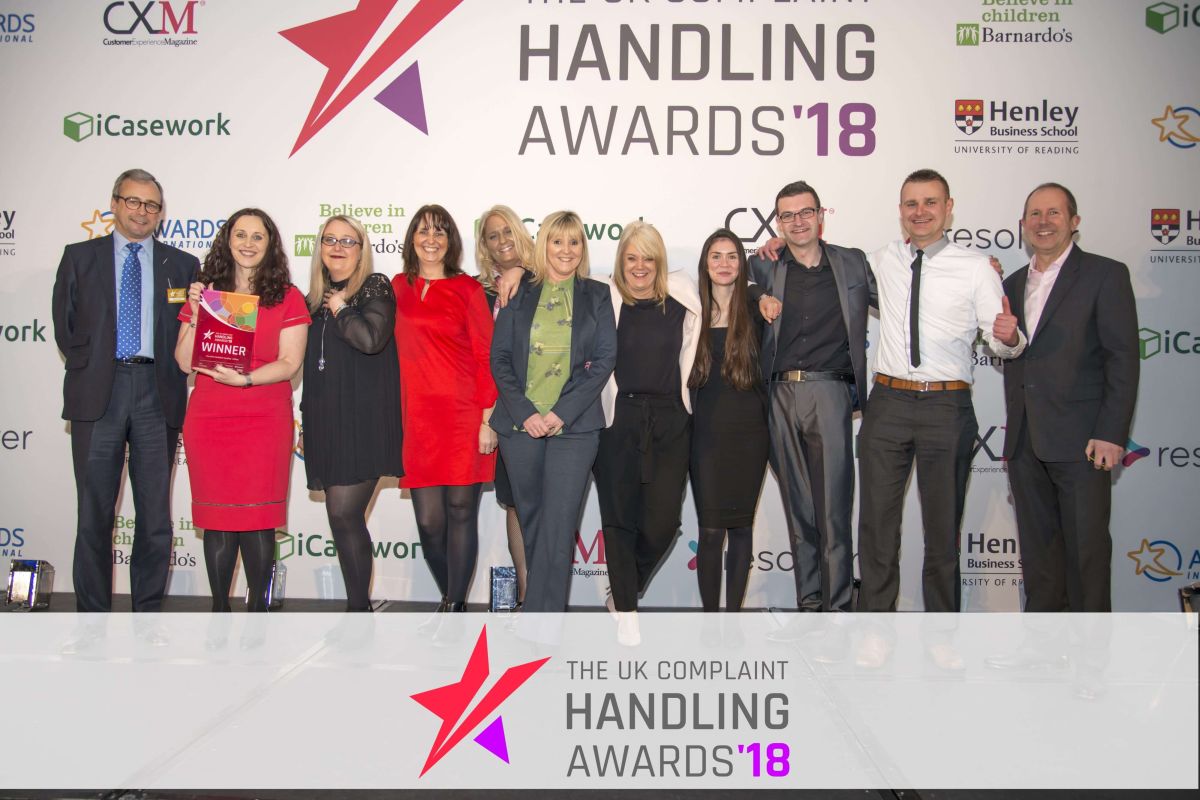 The 2018 UK Complaint Handling Awards took place in London in February, and as a Customer Service Trainer, I was honoured to be invited to join the panel of judges.

Our panel was given responsibility for judging the Proactive Complaint Handling in the Utility Industry category. Five companies had been shortlisted and each one provided us with a written report and presentation. The aim was to highlight their approaches to both reduce complaints, and effectively manage complaints when they were received.

In truth, all of the nominated companies had been driven into action by the costs associated with poor complaint handling in the past.

OfWat (The Water Services Regulation Authority) governs the utilities industry and their objective is to build customer confidence in water and waste water services. As such, OfWat issues fines every time a customer makes a formal complaint and if the complaint isn’t resolved within 10 days, the fine increases.

With the cost of fines impacting on profits, the five finalist companies had recognised the value of investing in positive change.

As a judge, I wanted to see evidence of the companies stretching beyond the standards set by OfWat. In order to be praised for proactive complaint handling, I was looking for changes to the company culture and initiatives that were clearly rooted in delivering customer service excellence.

It was fascinating to see the different approaches to tackling the problem and presenting the information. The judging panel learnt all about ‘training igloos’, recruitment campaigns, and processes to enhance efficiency.

All measures had clearly made a tangible difference to internal complaint handling procedures, but one company’s approach really stood out. United Utilities was presented with the Proactive Complaints Handling Award, and the decision was unanimous.

Serving 7 million customers in the north-west of England, United Utilities had been on the receiving end of too many complaints and they were taking too long to resolve them. There were no systems in place to learn from customer feedback, so many problems kept reoccurred. The company had earned a poor reputation and staff morale was low. They realised it was time for radical change.

What impressed me was that, rather than simply bolting on additional resources, the company involved the whole team in developing ideas to transform performance. They addressed their response to complaints and how to use customer feedback to inform change. In addition, they had adopted innovative ideas to reduce the number of complaints that are reported.

One noticeable point was the benefits of speaking directly with customers. Emails and letters have their place, but a telephone conversation on the day that the complaint was received has proved far more effective. A conversation helps to quickly clarify, and in some cases resolve, the issue.

Another strategy was to use a company bus and covered stands to have an active presence in the towns they were serving. This approach made the company far more approachable. Its impact has been especially beneficial when a burst main or other issue has had an impact on multiple customers. They’ve been there in person to provide information, updates, and practical support.

Being party to the presentations, I took great delight from the fact that these companies had worked hard to restore their reputation and regain customers’ trust. The starting point was admitting the problem and having the motivation to take action.

Any business should openly seek the opinion of customers and not just those who they know will deliver a glowing report. Complaints may be hard to take, but it is better to know when you aren’t meeting customer expectations, because it gives you the opportunity to improve.

The awards provided evidence that any company can become successful, if they focus on delivering a truly customer orientated service.