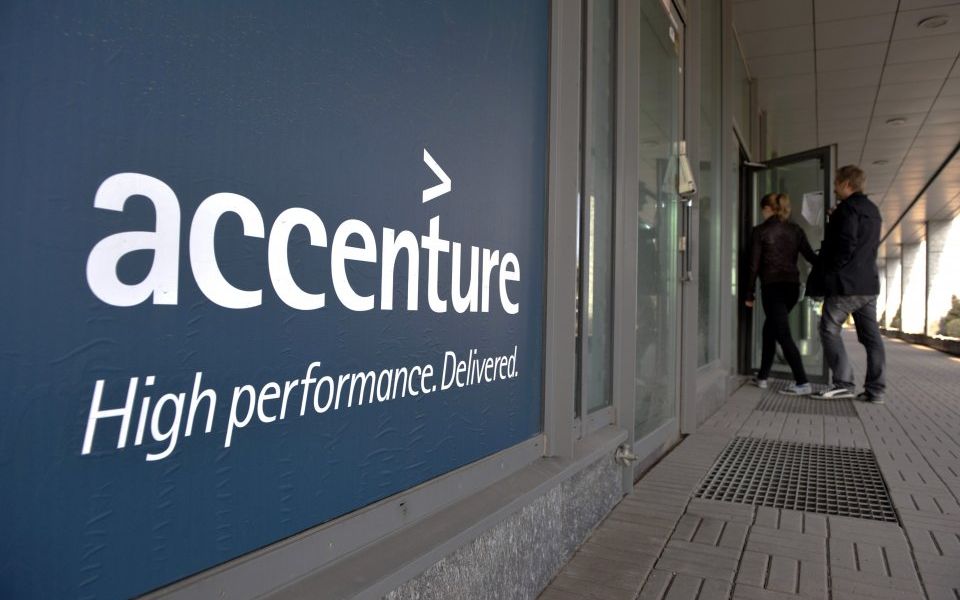 Accenture Creates 1,700 New Jobs in A Hiring Spree as a “Vote of Confidence” in UK

A UK hiring spree by US consulting giant Accenture has been hailed by Chancellor Philip Hammond as a “vote of confidence” in Britain’s economy.

Accenture, the consultancy arm spun off from collapsed accountancy behemoth Arthur Andersen, said it has made 1,700 new hires over the last year.

Digital and technology skills have been a key target for Accenture’s recruitment drive. More than 500 positions across areas including robotics, cyber defence, artificial intelligence and virtual reality have been filled during the year.

“This investment is a vote of confidence in our plan to build a stronger economy. These jobs will be filled around the country in cutting-edge sectors where Britain leads the world, such as cyber security, robotics and virtual reality”.

The new recruits have been hired across the country, with a particular focus on London and Newcastle.

Accenture hired 600 entry level employees, either school leavers or graduates, and is training 40 technology apprentices during the year.

Olly Benzecry, the chairman of the Accenture UK and Ireland said the firm’s growing workforce “marks our ongoing commitment to the UK”.

The professional services firm has consistently placed highly in polls of Britain’s best graduate employers. Accenture topped the Sunday Times rankings when it first published them in 1999. Alongside PwC and the Civil Service, it is only one of three organisations to rank in number one spot.

“It’s an incredibly exciting time to be at Accenture as we work with organisations to unlock value through innovation,” said Benzecry.

“As new technologies rapidly impact every aspect of our lives, from progress in AI to the increasing threat of cyber crime, we are taking on people who possess the skills required to help our clients to succeed in the digital economy”.

“In return, we offer them the opportunity to work with those technologies that are transforming the way we live and work, in an organisation that puts our employees’ learning and professional development first.”

Arthur Andersen Consulting was separated from the accounting giant in 1989. After a contractual dispute in the late 1990’s the consulting arm cut ties with its namesake and rebranded as Accenture in early 2001, listing on the New York Stock Exchange later in the year.