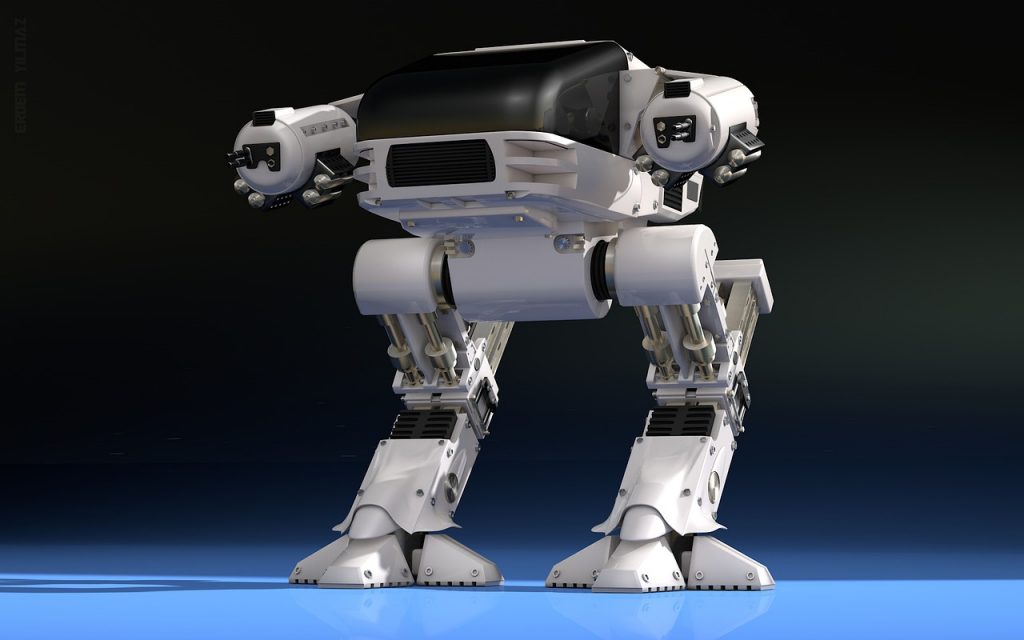 I bought a Fitbit Charge 2 last month from Amazon. As I researched models online, I received an offer for an Amazon Prime trial, including free shipping and more, so I signed up.

The Fitbit shipped that day and arrived on my doorstep the next — talk about instant gratification.

As a self-confessed supply chain geek, I wondered what makes that instant shipping for the estimated 80 million people who use Prime possible. As you might guess, I found robots.

Bots in the Supply Chain

Back before AI automation and robots led every headline, there was Zappos.com, a groundbreaking footwear e-retailer. Behind the buzz of the quirky Zappos brand promise to “deliver WOW through service” and its self-described culture of “fun and a little weirdness,” there was cutting edge supply chain automation technology.

At the centre of it all were Kiva bots, which resembled Roomba robots on steroids. These robots formed the backbone of Zappos’ supply chain fulfilment to rule the warehouse and helped create “the perfect order” —  the right product, delivered in full, on time, every time.

The most compelling stat:

“With its non-Kiva-enabled order management processes, Zappos.com could fulfil an order in as little time as 48 minutes or as long as three and a half hours. With the Kiva system: 12 minutes. Every time.”

Fast forward to today and Zappos is a thriving part of Amazon.

And what became of those amazing Kiva robots? They too are part of the Amazon family, now supercharging the mega e-retailer’s supply chain under the Amazon Robotics umbrella.

It was 2009 when I first learned about Zappos’ high performing supply chain at an executive conference. I immediately fell in love with the Zappos story, and with those squat orange Kiva robots that zoomed around the shelves at its fulfilment centres.

That same year, Amazon acquired Zappos and it has since thrived as a wholly owned subsidiary with a portfolio diversified beyond shoes to all sorts of clothing for men, women and children. Just three years later, perhaps even more exciting for supply chain aficionados, Amazon acquired Kiva Systems.

Over time, Amazon steadily improved the robots to move 50 percent more inventory out of a centre than its predecessor could. The robots have also helped cut operating expenses by about 20 percent, according to David Clark, Amazon SVP of Worldwide Operations, quoted in a note published by Deutsche Bank in June 2016.

To achieve these results, Kiva robots cannot stand alone: they must be infused with intelligence — to connect to each other and their control software — and integrated to all the software systems that converge to create the supply chain’s brain.

In Supply Chains Run on Brains, Heart and Soul, I wrote about automation technology that makes supply chains smarter, whether by helping humans work smarter or by replacing humans in the supply chain. Both approaches help ensure products can continue to flow cost-effectively to the customer point of sale and ultimately to the consumer. Both are actually very much in the mix at Amazon.

The automation technology that surrounds Kiva robots at Amazon is a critical element of the total robot ecosystem. The placement of stock in the warehouse, like my Fitbit order, or how shelves are organised doesn’t matter. The mobile robots use movable shelves, workstations and sophisticated control software for pick, pack and ship operations.

Check out how the Kiva CEO describes how it all started and how it works today.

Each [human] worker is usually supported by five to 10 mobile robots so they are kept continuously busy filling orders. As Kiva’s robots zoom around Amazon’s warehouse floors, they avoid running into each other by using communicating sensors. The movable shelving racks of inventory, called pods, are an important part of the overall scheme. Pods are arranged in a grid pattern and when an item is required to fill an order, the robot brings the pod containing that item to the worker station. The worker picks the item they need for the order and the mobile robots return the pods they are carrying to a storage location on the grid floor — often a different location than the one where they found it. Placement of each pod is revisited every time it is moved, with the system constantly adapting to optimise the processing for the entire operation, continuously and dynamically “re-slotting” in real-time without human intervention.

In Pursuit of the Perfect Order

Amazon now has a fast growing 45,000 robot army across 20 fulfilment centres. It’s a 50 percent jump from only 12 months ago1. And that’s just the beginning. Robots are spreading throughout the supply chain and becoming a mainstay of Amazon’s pursuit of the perfect order.

Amazon clearly competes on the basis of its brand and products but equally, if not more importantly, on the basis of its amazing robot army ecosystem. In fact, Amazon was just elevated to “Master” class status in the annual Gartner Top 25 supply chain rainking.

A few years back, in Supply Chain Symphony, I predicted: “What differentiates the best supply chain companies from the rest in their pursuit of the perfect order is an unwavering focusons the business on the customer and, for the future, the technology to be able to integrate and leverage that focus.”

Now, across the retail sector, robot technology — integrated into a customer focused supply chain — is increasingly helping to deliver the perfect order holy grail. Amazon, with a little help from its Zappos and Kiva legacy, clearly nailed it in my recent Fitbit purchase.

By the way, if you wonder how that Fitbit Charge 2 is working out for me, very well, thank you. I’ve reached a million steps, with a little help from my golden retriever’s constantly moving tail, a perfect place for a Fitbit.