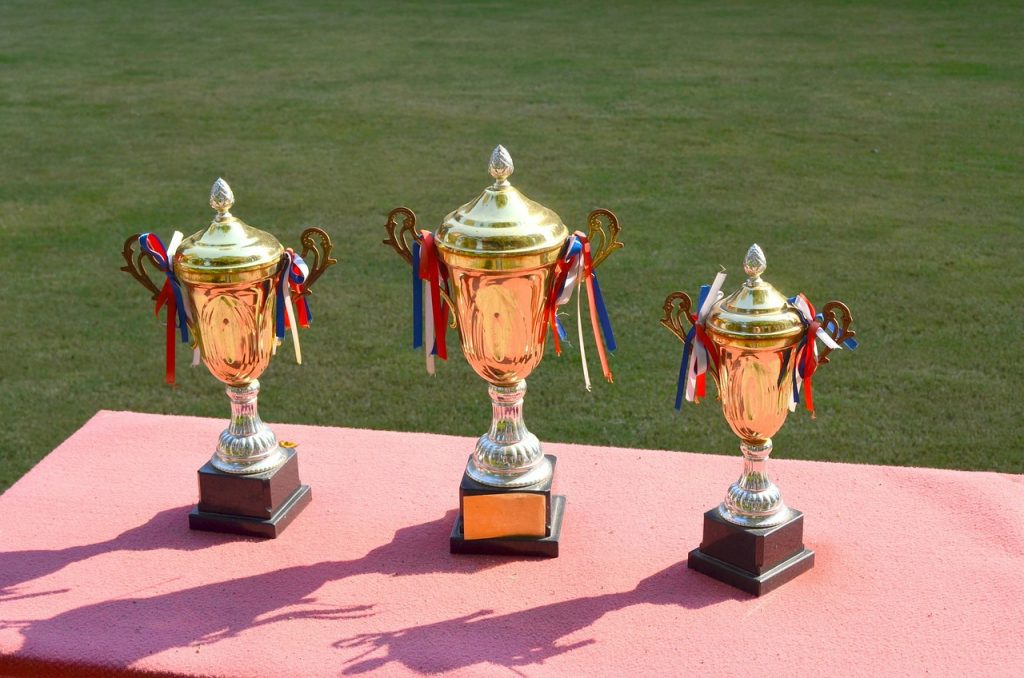 Dr Amanda Potter is a Chartered Occupational Psychologist and was recently awarded a Lifetime Honorary Membership of the Association of Business Psychology. She is CEO of Zircon Management Consulting, which is nominated for two categories for this year’s UK Business Awards being held in London on November 11th.

Zircon CEO, Dr Amanda Potter, looks at the positive psychological effects that winning awards can have and what it takes to be a winner.

People like winning. The vast crowds that gathered in London and Manchester to celebrate Great Britain’s Olympic and Paralympic heroes was testament to the joy that success can bring. In business, winning can mean all manner of things, from small daily victories to winning major contracts and – yes – winning awards.

Why are awards important though? Why should managers and leaders care about them?

Unlike other business victories like signing a new client, awards don’t add anything to the bottom line – at least not directly. The simple answer to why business leaders should care about awards is that organisations are made of people. As humans, we all want to feel valued and an award can be a powerful validation of the work we have done.

This validation can come at the individual level: for example, if the award win is for a specific piece of work, those that worked on the project will feel a huge sense of pride and achievement. There can also be a validation at the organisational level too. Awards recognising the work of a company are – alongside standard business metrics like rising revenues and profits – great indicators that it is on the right path, focussing on the right sectors and working with the right clients. It is a positive reinforcement of the beliefs and values your company holds dear.

In other words, winning an award can tell you that as an individual and as an organisation, you are playing to your strengths, and these are extremely important in business. Strengths are also known as energisers, because they are the things that we do well and find motivating and energising.

A business leader who can recognise both his or her own strengths and those of their colleagues will be more likely to keep their team engaged, motivated and successful.

Our recent research with sporting stars, entrepreneurs & CEOs exploring what it takes to have Winning Attitudes revealed that a common trait among winners was their Mutual Respect for colleagues, competitors and their team.

They recognize each other’s strengths and realise the importance of being one ‘cog‘ in the team machine; they value collaborating with others to create a strong team ethic.

Even when we don’t win awards however, this shouldn’t be seen as a failure. Many of the athletes we interviewed for our Winning Attitudes research suffered multiple defeats on the way to their famous victories.

Likewise, all of the entrepreneurs we spoke to had experienced setbacks and adversity on their paths to success, but they all regarded failure as a great teacher.

Equally, the kind of person willing to put themselves and their reputation on the line by entering an award and risking the failure of not winning, are highly likely to be the kind of person who will bounce back if they do not come out victorious initially.

Our research identified key attributes to a Winning Attitude such as Dogged Determination, Realistic Optimism and Unwavering Belief, all of which speak to a resilience and belief that winners have that enables them to keep going when the going gets tough. You have to love what you do – to be using your strengths and doing something that energises you – to push so hard to deliver, even when you face obstacles.

If you don’t win, don’t worry. Dust yourself off and know that if you can learn from this setback, there will likely be even greater success down the line.