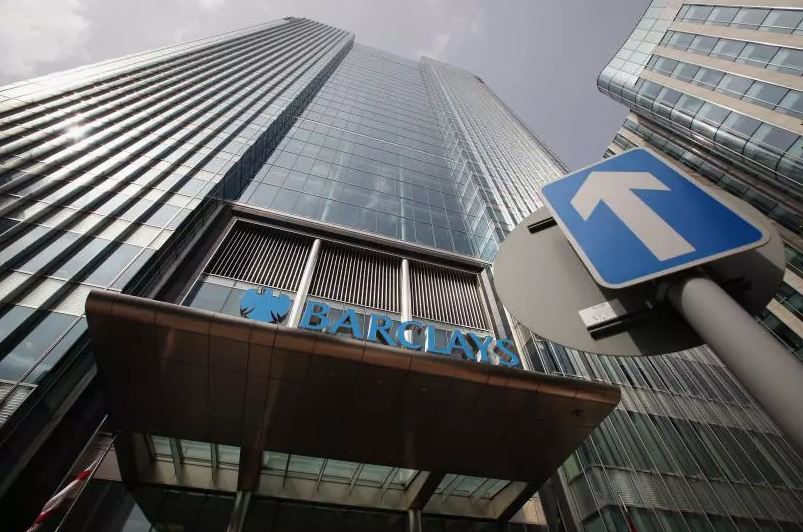 Since the dawn of fintech, London’s historic financial hub has been the beating heart of the scene’s niche ecosystem. But in a post-Brexit economy, the United Kingdom could be poised to lose its fintech crown. Tel Aviv, Israel;  São Paulo and Singapore are just a few of the rising stars leading the future of high-tech financial services. So one of London’s oldest banks, Barclays, is quietly diversifying and building a global fintech network.

In May, the British banking giant announced it will establish Europe’s largest fintech co-working space near its home base in London. Many of the tower’s occupants will come from Barclays Accelerator Powered By Techstars, a partnership that runs four fintech accelerators around the world including programs in Tel Aviv and Cape Town, South Africa. Bank-funded accelerators are increasingly common. Yet, this one’s international focus makes it especially unique.

Barclays funds these programs while the American accelerator network Techstars runs operations on the ground. Techstars director of public relations Joanie Kindblade told International Business Times 102 companies have graduated from these programs since they started in 2014. Chris Adelsbach, who heads the program in London, said all the fintech startups combined are collectively worth $64 billion.

“I don’t think there’s anything else like that,” Adelsbach told IBT. His optimism, however, overlooks crucial pieces of context. Some experts say there is a global movement of old-school financial institutions funding startup programs.

Efi Pylarinou, the Crypto Valley co-founder of Daily Fintech and Fintech Genome, said bank-funded fintech accelerators are actually a growing trend. “It’s really the banks and the insurance companies that are funding these ventures,” she told IBT. “We’re seeing a blurring of the lines.” The establishment is financing the so-called disrupters.

For example, Singapore’s FinLab is sponsored in part by United Overseas Bank Ltd., and OCBC FinTech Accelerator is funded by the Oversea-Chinese Banking Corp. Even Wells Fargo and Germany’s Deutsche Bank now have startup accelerators in the United States. So far, these programs have produced few rock star successes. “Accelerators can also be a bottleneck,” Pylarinou said. “They are not the solution to the old ways of doing business. They are just opening a door.”

She mentioned 500 Startups, which isn’t funded by any bank or insurance company, as one of the most diverse and unique fintech accelerator programs in the industry. However, she still hesitated to say whether they are doing better than competitors like Barclays Techstars. “I haven’t seen anybody do a good job ranking the accelerators based on any [universal] metric line,” she said.

Determining success is still a contentious issue in the industry. Should prestige be measured in widespread user adoption, founder exits or venture capital? Regardless of how you look at it, the fintech program at 500 Startups is doing something right.

“Although our program is San Francisco-based, we take in companies from all over the world, Latin America, Europe, Africa, pretty much everywhere,” Sheel Mohnot, the 500 Startups partner in charge of its fintech accelerator, told IBT. While Barclays gains a foothold in South Africa and Israel, 500 Startups is investing in Latin America.

500 Startups graduates include the Argentine mobile app iBillionaire, now based in New York, which TheNextWeb described as one of Latin America’s leading household names from the fintech world. Meanwhile, in Brazil’s burgeoning ecosystem, Geektime named 500 Startups graduate ContaAzul as one of Brazil’s most important startups. Fast Company also named this Brazilian startup as one of the most innovative tech companies in all of Latin America.

Mohnot co-director Jacob Gibson worked at JP Morgan Chase and co-founded NerdWallet before joining the accelerator program. Like Techstars, this program offers each company a six-figure investment and mentors with experience navigating the tricky fintech landscape, a minefield of regulations and security issues other startups don’t need to tackle so early on.

“It’s really centered around getting a deal with Barclays,” Mohnot said of Barclays Techstars during a phone interview with IBT. “Why would you want to do an accelerator with a bank? The bank wants to do what’s best for the bank, not the [fintech] company. … It tends to be just a lot of PR for the banks.” Adelsbach argued several Techstars graduates have moved beyond pilots and actually formed long-term deals with Barclays, including the small software startup Cutover.

Cutover CEO Ky Nichol said Barclays started using Cutover’s human orchestration software tools about a year ago, coordinating employee responsibilities across the bank’s vast corporate network. Nichol estimated more than 500 employees now use it and further integration will add as many as 6,000 users by 2018.

“We debated this quite a lot at the board level,” Nichol told IBT. “We knew if we went to banks with prototype software, no one would listen… We thought it would be better to focus our resources on an enterprise client like Barclays.”

Since graduating from the Techstars accelerator program, the audit and tax consulting mammoth Deloitte also became one of Cutover’s investors and clients. Nichol said a Techstars networking event helped his startup connect with a South African bank he would never have known otherwise. And therein lies the power of Barclays’ fintech empire.

Barclays Techstars may not have the biggest rock stars, not yet at least, but its arm continues to grow. Instead of just flying a select few entrepreneurs to established hubs like Silicon Valley or London, Barclays is investing in developing ecosystems. Now its network reaches far beyond the mainstream industry’s periphery.

Africa is widely considered one of the world’s largest untapped markets for financial services. Kenyan entrepreneur Waweru Kuria is CEO of iNuka Pap, a mobile app providing credit and savings services to community cooperatives. His company participated in Techstars’ inaugural Cape Town program in 2016. Although enterprise clients like Barclays are not his target customer, learning from each other is mutually beneficial.

“When I joined Techstars, we had 200 customers from one cooperative,” Kuria told IBT. “We now have six cooperatives with over 40,000 members. … You are looking at a $4 billion market in Kenya alone.” Kuria said several 2016 graduates went on to complete a pilot with Barclays.

“We have a global ecosystem, where we can draw from research they don’t even know,” Adelsbach said, describing the benefits Barclays gets from diversifying investment. “None of them [competitors] have the global reach. The startup programs we run put us at the heart of not only big cities but also smaller cities.”

There are 2 billion unbanked people in the world. As developing nations turn to mobile services instead of traditional institutions, Barclays is already there with its proverbial finger on the pulse of diverse fintech perspectives. For their part, the early stage startups gain access to the infamously conservative, sectarian world of corporate finance. Barclays-funded startup hubs are among the few places where fintech innovators from all over the Middle East, Europe and Africa routinely sit at the same table to swap ideas and resources.

“They [Barclays] realize they’re not going to innovate fast enough internally. The only way to be fast enough and grow is through partnership,” Adelsbach said. “We think Barclays is serious about innovation and that’s half the battle, having interest from a senior level.”