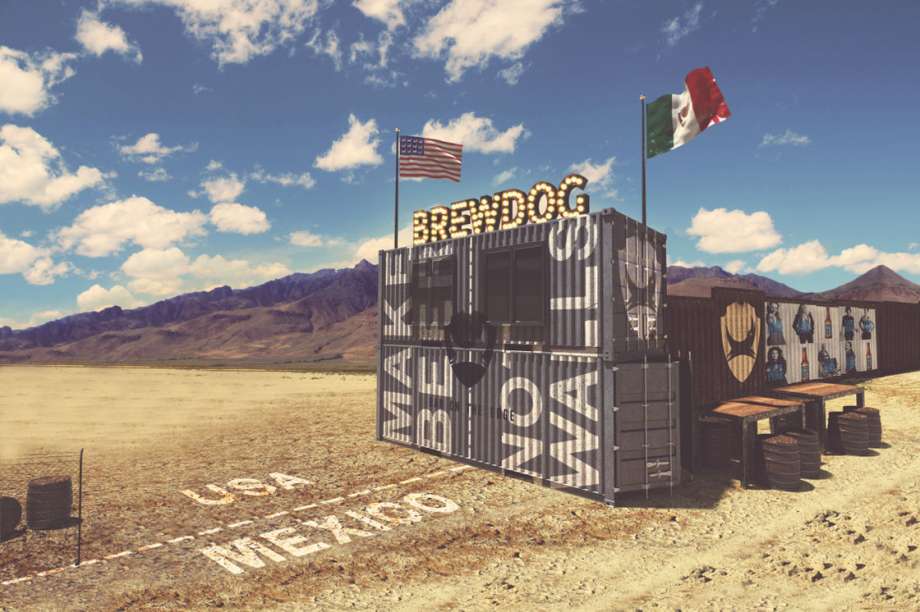 A Scottish beer maker has come up with a crafty solution to troubled relations on the U.S.-Mexico border. BrewDog’s innovative employee initiatives have been awarded at The UK Customer Experience Awards , and to this day they continue to amaze everyone with their creative ideas.

Earlier this year  BrewDog released a press statement, announcing their intentions to establish a craft beer bar somewhere along the edge America’s southern border. Titled “Bar on the Edge,” the company would sell brews from each country.

“The walls we’ll be building aren’t for dividing people, but for bringing them together. Over a beer.”

There’s still no word on where exactly the bar will be, but the Daily Mail reports it will be somewhere between Texas and Chihuahua, Mexico.

Brewdog has operations in Ellon, Scotland and in America in Canal Winchester, Ohio.