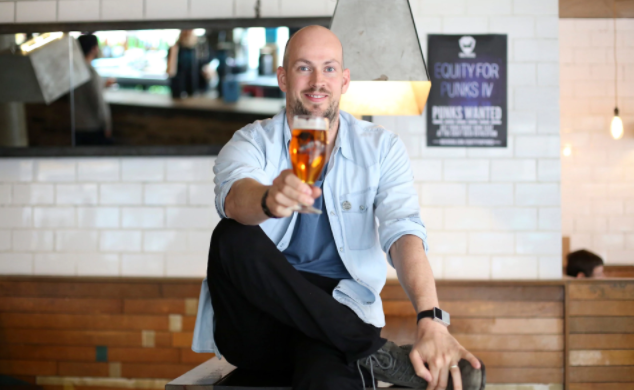 BrewDog to Split 20% of Profits Between Staff And Charities

Upmarket craft brewer BrewDog is aiming to give away 20pc of its profits between staff and charities as part of its new Unicorn Fund.

The Scottish business, which was valued at £1bn earlier this year after private equity house TSG Partners plowed more than £200m into the company, said it would split 10pc of its profits equally between staff and a group of charities chosen by its 1,000-strong workforce and its 57,000 retail investors, who it dubs Equity Punks.

Co-founder James Watt said if the brewer hit its projected profit targets this year, it’s giveaway would be in excess of £45m in the next five years alone. The company delivered £7.1m in profits in 2016.

Mr Watt said the remainder of its profits would be invested in the business, which recently opened a brewery in Columbus, Ohio and has plans to expand into Asia.

BrewDog added it wanted to encourage other businesses to follow suit in a bid to accelerate the nation’s corporate social responsibility. Mr Watt said he wanted to build a “radically new type of business”.

“Outdated corporate social responsibility policies have zero consideration for their real-world impact, existing merely for the purpose of an oversized cheque and an awkward photo shoot,” Mr Watt added.

“This is a call to arms for businesses to democratise the impact their charitable contributions can have on their community, their people, and the world.”

The move comes just months after Mr Watt and his co-founder Martin Dickie shared a windfall of up to £100m on the back of TSG’s investment in the company.

The deal meant Mr Watt’s stake dropped from 35pc to 25pc of the company, though he remains the largest shareholder. Mr Dickie’s share fell from 30pc to 22pc.

Smaller investors, known as “equity punks” in homage to the company’s Punk IPA beer, were able to sell up to 15pc of the shares they own, capped at 40 shares. Mr Watt said almost 90pc of those investors fell under that cap.

Punk IPA outpaces rivals on sales in supermarkets and shops

In May, the company said China was on course to be one of its biggest export markets in 2017, with significant sales also stacking up in Japan and South Korea.

“We feel we can only really take advantage of the Asian opportunity by having a brewery in Asia and we are now actively looking at locations and opportunities in the regions,” Mr Watt said.