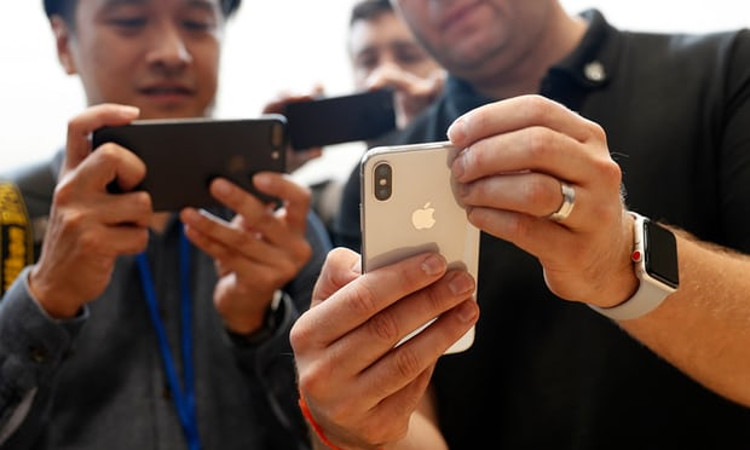 It’s Cheaper to Fly from Europe to US to Get The iPhone X, But Is it Legal?

Yet HMRC’s rules are clear: you must pay VAT on your £390-plus US purchases when you fly home, which makes those big savings a lot less appealing.

The price of the new iPhone X is so high in Europe that it’s led thousands to eye-up transatlantic flights to see if it’s cheaper to fly across the pond to buy it. And it is, even with the cost of the flight, but there’s a catch: you would become an international electronics smuggler in doing so. There are some catches: while British and European prices are quoted inclusive of VAT, American prices don’t include sales taxes, which are no higher than 11% but vary by state.

In New York, the tax-included price of the iPhone is actually $1,249, thanks to the state’s 8.75% sales tax, though a canny customer could cut the cost back to $1,149 by taking a $40 six-hour return bus trip down to Wilmington, Delaware, one of four states with a 0% sales tax.

So if you want to take a budget airline flight to New York with a one-hour layover in Reykjavik, then hop on a coach for six hours, you can experience the joys of a trip almost paid for by the savings made on the most expensive iPhone Apple produces. If you’re in the market for a new MacBook Pro meanwhile, such as the 13in model with 512GB of storage, you could save enough from the difference – almost £400 – to pay for your accommodation and meals too.

The downside is doing so is illegal, and doing it the legal way eats up all the savings you make – and then some.

HMRC is fairly explicit about what you can and can’t bring into the country from outside the EU. Each passenger has a personal allowance of £390, and any goods worth more than that are landed with applicable import duties and taxes, for the cost of the whole amount. Contrary to popular belief, there’s no exception for personal use, which means that an iPhone bought overseas is legally due a 20% import VAT, pushing the savings to just £40. At least phones and computers are not subject to any import duty.

You might not be stopped at the border by customs, but that doesn’t mean what you’re doing is legal; it just means you’re an effective smuggler.

There are some cross-border gimmicks that do work. People from the Republic of Ireland save if they head to the UK to buy their phones, and don’t have to pay duty when they bring them back. A similar thing applies for those near the Danish/German border, or, thanks to its low sales tax, any country bordering Luxembourg. If you live in Mexico, the difference in prices from the US is so stark that it’s actually still worth bringing one down south even after you declare the phone at the border and pay import taxes.

But for Brits and Europeans hoping for a “free” holiday to the US, you’re out of luck if you want to stay on the right side of the law.