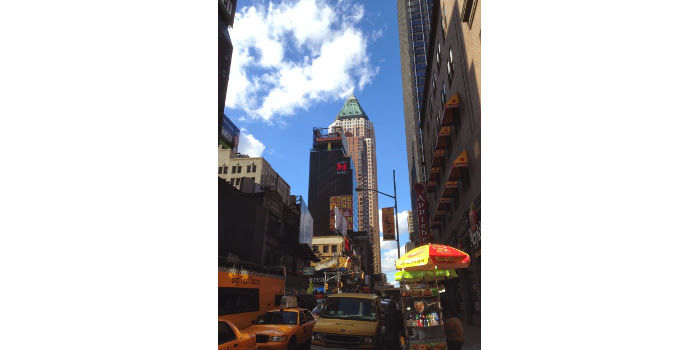 Lennert de Jong, Commericial Director of citizenM talks to Customer Experience Magazine from his base near Amsterdam about the expanding hotel group and transforming the way guests view hotels.

Affordable luxury hotel for creative people – that is the concept behind the rapidly expanding citizenM group of hotels.

Founder Rattan Chadha used his knowledge of the fashion industry to focus on hospitality, and set about offering cheaper prices without compromising on quality.

“The history goes back to the founder who started the international fashion group Mexx. He had hundreds stores and lots of staff, but he was always saying he couldn’t find a hotel where he felt at home. He wanted a luxury hotel for creative people, but at a better price,” explained Lennert de Jong.

“We chose a customer that we called a mobile citizen – someone who travels a lot, is not scared to jump on an budget plane but drinks champagne at night, and wears Armani jeans with a GAP T-shirt.

“Our research told us people want good quality beds and linen, a good shower, wifi that is free, fast and not complicated and free movies.”

CitizenM reviewed the entire booking process and decided that everything needed to be online – no form-filling necessary.

They eliminated the front desk, instead asking guests – or citizens – to use terminals to check themselves in, but with a member of staff always on hand to add the personal touch.

Employing staff also takes on another dimension at citizenM, with actors and musicians employed to engage with customers and serve cocktails and freshly made cappucinos round-the-clock to keep the guests smiling. “We call our staff ambassadors and they are rewarded on guest satisfaction. We hold casting days to find staff – we just had one in New York and 65 people turned up. We ask people to come as themselves and ask them to take part in workshops. Selections were made and new ambassadors told on the same day.
Other hotel services – from marketing and HR to IT – are centralised to reduce costs, and these savings are passed onto customers.

“We want to keep the hotel rates affordable and we do this by centralising costs and staff. A four star hotel of the same size would have 100 full time staff – we have 40.”

“On the construction side we don’t waste space. We make sure we own the land so we synchronise building work and cut out inefficiencies.”

CitizenM opened its first hotel in Amsterdam in 2006 and currently has hotels in London, Glasgow and Rotterdam. A trendy hotel in New York’s Times Square is due to open later this year, followed by one in Paris and three other London hotels are currently being constructed.

“We are looking at other US areas as well as Istanbul, Asia and Hong Kong. We want to go fast now,” added Lennert.

Technology is a huge part of the hotel concept, with tablets in bedrooms to control everything from lighting to movies. In New York even the photo frames are digital to allow guests to chose their art work!

With hotels in different counties there were some cultural issues to deal with along the journey. In Amsterdam clear glass showers can be found in the middle of bedrooms – a feature that was see as too risky for the UK market.

“Staff in Holland are very international, but in Glasgow we needed more local staff. And breakfast in Holland is a generally a croissant, but Glasgow customers wanted haggis, sausages and eggs so we had to think global and act local,” said Lennert.

“We want to transform the way guests see hotels and we really think that the sky is the limit.”