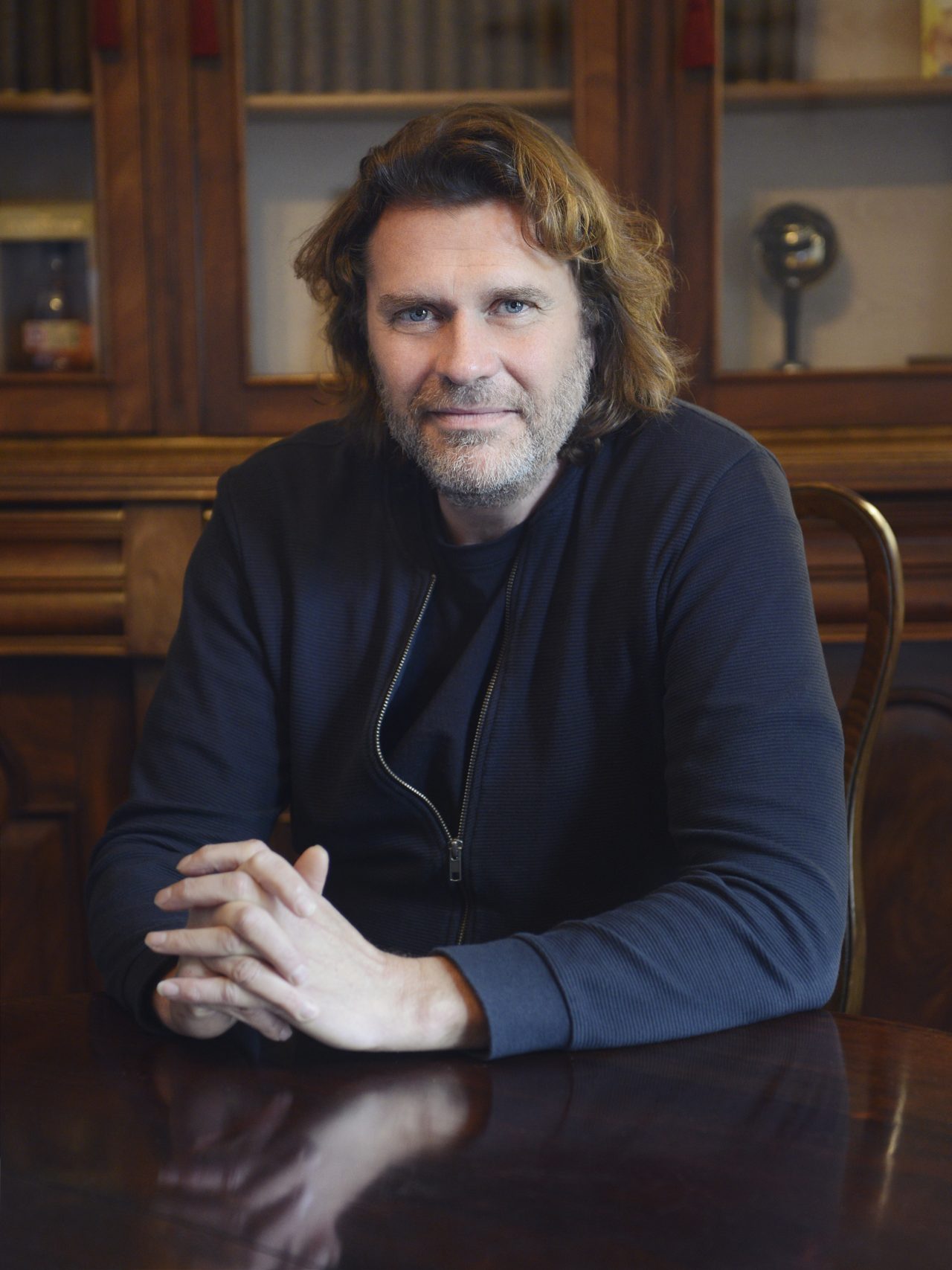 2019 has proven to be a successful year indeed for the conversational AI experts at ContactEngine, which is leading the vanguard in changing the fundamentals of how 21st-century customers interact with brands.

It’s been a year in which their trophy shelf found itself a little squeezed and in need of an extension, with added honours including a Sunday Times Hiscox Tech Track 100 title, and a UK Customer Experience Award, collected at Wembley Stadium in October and presented for the firm’s successful partnership with BT Enterprise.

The Gold category win for Best Use of Technology is testament to ContactEngine’s position at the cutting edge of what is the most exciting – and often most misunderstood – tech affecting the modern Customer Experience: artificial intelligence.

Their sophisticated algorithms offer intelligent omnichannel customer conversations, and the firm’s founder, Dr Mark K. Smith, is a man whose passion for excellence is evident as he explains what his company stands for, and where the advanced computing involved behind the scenes can lead for both businesses and customers.

Speaking with CXM, Dr Smith described his firm’s work with BT as an example of what ContactEngine does for an organisation with a duty to communicate with countless customers through various channels.

“We start conversations and invite a response from our client’s customer,” Dr Smith explains.

“To put it simply, we start conversations – all automated – and invite responses. From there, we carry on the conversations using our own NLU (Natural Language Understanding) and a machine learning algorithm we call ALAN (Advanced Language ANalysis), and we deliver efficiency gains for our clients, making their customers happier.”

From this description, ContactEngine couldn’t be more suited to Digital Customer Experience if it tried, but surprisingly, the PhD that provides Dr Smith with his title stems from a science of an altogether less-computerised kind.

“Up until my late-20s I was a career academic, and my PhD is in Biochemistry,” he says, before explaining how he adapted his skills in that particular field to AI tech development.

“The biological sciences are all about generating mass data sets and trying to seek out trends in that data. Of all the sciences, biology and biochemistry present quite a lot of mystery, so you generate a lot of data and look for trends. That’s very similar to what AI is actually, so you can post-rationalise it. I love technology and always have done.”

Describing the business’ origin in the telephony-based live-streaming of events, Dr Smith said using the tech that would eventually lead to ContactEngine’s current offering through streaming the 2011 World Transplant Games in Australia led to the realisation that proactive communications could solve many of the problems faced in business.

“Firms such as Virgin Media used the tech for corporate social responsibility work – in their case broadcasting from the top of Mount Kilimanjaro through their social media channels.

“They asked us a simple question: can you improve the way we communicate to our customers in this omni channel-way that you have provided to us in a social media context?” continues Dr Smith.

“The answer for people like me is always ‘yes’ to any questions to do with IT. The real question is ‘how long and how much’ but the answer is always yes! You see, unlike my biochemistry days, computers can always be made to work.

“We stepped into the world of customer communication, and almost accidentally built an omnichannel outbound comms tool, so we can start conversations by phone, email, text, instant messaging, or collecting video.”

This powerful tool was soon utilised by clients such as American telco giant Verizon, which learned the value of implementing the technology and what it means for a company’s bottom line.

“When an appointment was missed, it cost Verizon well over 100 dollars. If you can improve communication with the customer to stop that from happening, then you can save that 100 dollars,” he explains.

“If a company has 100 million customers, then that’s a lot of money to be saved, and we can charge them a fraction of the money they save.”

As AI becomes ever-more central to even the most basic of customer communication, Dr Smith tells us that despite fears among some about where the tech will eventually lead, it will remain a benign benefit to society.

“I’m no great believer in singularity,” he tells us, referring to the theorised future in which AI outgrows the need for human masters and snowballs into an uncontrollable overlord.

“It’s not that I think it will happen in the future either – it just won’t happen!

“I start from the position of a rationalist – I’m not a believer in ‘Skynet’ or other fantastical problems that AI could bring. It’s important to realise that AI is often the only solution in areas where a human simply cannot compete.

“If you have a company with 100 million customers, as many do, it is impossible to have enough people to communicate well with all those human beings. You cannot do it!

“Computers are the only way you can do that, and what’s most interesting about the world of AI for us is a subset known as machine learning.

“Machine learning is simply taking an algorithm and giving it sufficient data for the next piece of information it receives in order for it to have a pretty good stab at it in a manner which exceeds the way a human can respond.

“Think of the ‘100 million customer challenge’ and you’ll see why you want to have a proactive outbound conversation – only made possible through computers, not people.

“We automate a way to simpler conversations. A machine is better than a human for 95 percent of customer conversations. But there will always be the five percent where a machine just won’t cut it.

“Take an example; I was with an insurance company recently, and they said that with their life insurance product, they would only usually get one phone call, and that was from a bereaved partner.

“Now, it’s not wise to put that call to a machine, as a machine will never display empathy. They may display ‘faux empathy’, but a customer will catch that out pretty rapidly. A human needs to be involved in that conversation, and these calls were often taking up to two hours.

“However, once that conversation is completed, it’s perfectly reasonable for the machine to take over in order to inform the person of progress on their claim, or any other information.”

Other fascinating aspects of the tech behind ContactEngine includes a profanity filter, which detects when a customer needs to be transferred to a human as a matter of urgency, in order for that person to be talked to and returned to a level of calm where their issue can be resolved. 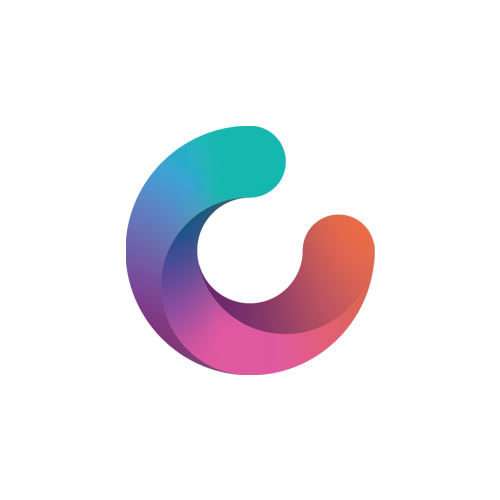 “Interestingly, there’s not an enormous amount of research about when humans are best and when machines are best, but I believe that by working together they can vastly improve the Customer Experience, and the Employee Experience of call centre staff also,” Dr Smith continues.

“The customers were saying ‘why are you calling me a week after this happened? I’m really not interested in talking to you’.

“Machines fill that knowledge gap and can filter customers who actually do want a conversation with a human, then we broker an appointment for them.

“So what happens in this case? The person in the call centre has a better Employee Experience, potentially staying in their job for longer, while the Customer Experience was vastly improved also.

“It’s about knowing when humans are best, when machines are better, and knowing the exact best moment to flip between them.”

So with a successful foundation in telcos, where next for ContactEngine’s revolutionary CX tech? Clients already include household names including BT, Virgin Media, and Whirlpool, and the future looks seriously promising.

“We have enjoyed success in other areas including retail and banking; we have a foundational communication product that can be used in any industry, so we need to spread our wings and grow in other sectors,” Dr Smith says, adding that work is already underway with a “large UK retailer”.

“On a technical front – what fascinates me about what we’ve done is, if you talk to companies in the UK and beyond, roughly speaking, three-quarters of them will be handling their AI over to the usual suspects.

“They will be using Dialogflow from Google or Watson from IBM. We made a conscious decision many years ago to build our own machine learning algorithm, and we did that because we wanted to be white box, not black box, and we wanted to be explainable.

“We have the benefit of: when you start a conversation, there are a limited number of intents that come back to you, so it’s quite easy for us to visualise and explain the decisions we made.

“We wanted to use labelled data sets for one client and not share that label data set with another client. We felt that was a GDPR problem. So, we built our own machine learning, and rather interestingly, when you take the training data we use to feed our algorithms, and you present that to others that I mentioned, we actually out-perform them!”

On the horizon for ContactEngine and its clients is the next generation of ALAN, with multi-intent capabilities, and developing further the concept of ‘human-computer rapport’, where the next customer conversation is informed by the earlier exchange in a more human-like way.

“We are incredibly excited for the future, and to see what 2020 has in store for us after the amazing year we have just had.”