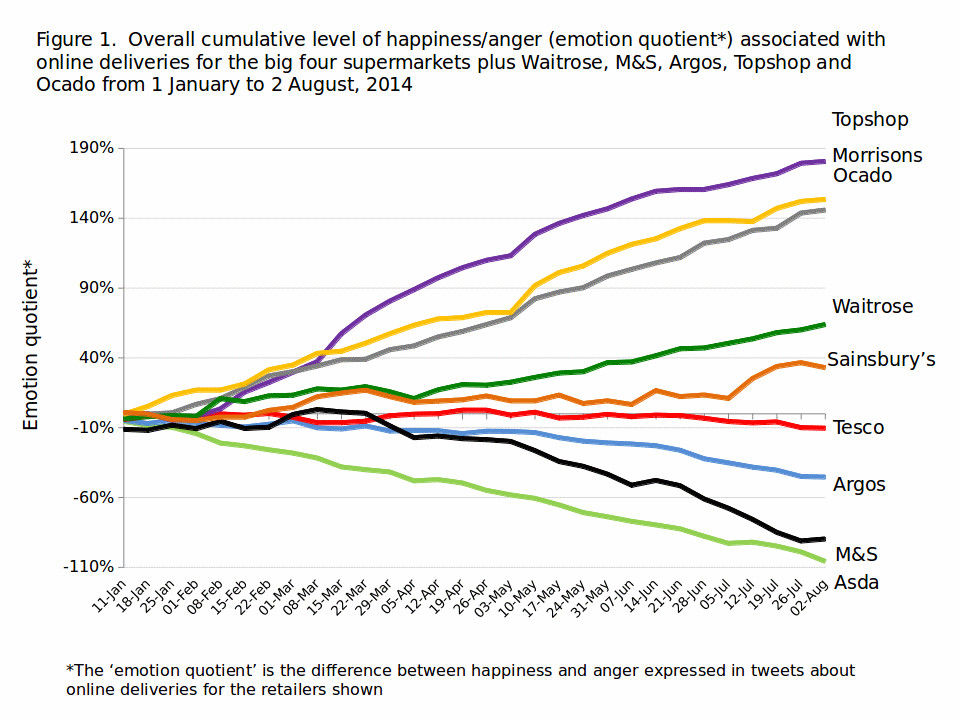 In today’s marketing speak you will hear a lot about the ‘customer journey’ and how the various ‘touchpoints’ with a brand drive consumer loyalty and defection. While any touchpoint is likely to have some impact on how we feel about a brand, some are clearly going to have a greater effect than others; and, most obviously, our actual use of the brand is going to be pretty high on the list.

I say “obvious”, but it never ceases to amaze how brands can spend millions of pounds to tell us how wonderful they are while neglecting the experience of using the brand itself. A classic example I have never forgotten is a campaign from the 1980s telling companies about the wonderful business ‘solutions’ from BT. What British Telecom, as it was then known, had completely ignored was that the very business managers they were targeting also happened to be consumers; and in the 1980s the time taken by British Telecom just to install or fix a consumer line makes today’s service feel like the speed of light.

Times have changed, thank goodness, but it still feels as though some lessons have never been learnt, with online delivery services being the perfect example. Of course, no retailer will deliberately provide a poor service, though judging by the comments from consumers about online deliveries you could be forgiven for thinking that some are doing their best to debunk such an assumption. I have no doubt the retailers will deny any problems with their online delivery services but the facts, in the form of data coming directly from consumers as represented in figure 1, speak for themselves.

The data for figure 1 is taken from Twitter, which for a number of very sound reasons is just as, if not more robust than traditional research. Why? Because tweets reflect far more accurately the ‘emotional vent’ consumers feel when they have a bad – or good – customer service experience; they are made in real-time, which can be tracked on a 24 x 7 basis; and perhaps most important of all they tell us exactly what consumers think about a service without any form of interpretation from the brand or market researcher. Last but not least tweets are also ideal because the demographic profile of consumers who use Twitter closely mirrors that of people who use online delivery services.

The first conclusion we can draw from the chart is that Morrisons has the best performing online delivery service across all the supermarkets; and by quite a significant margin. So the beleaguered retailer is getting this right, at least! Not surprisingly given that Morrisons uses Ocado for its online delivery service, the results for both are extremely close – it should be emphasised, by the way, that both have been tracked completely separately.

We can also see that M&S has experienced significant deterioration in its online delivery service since March, which is when its line on the chart starts to take a serious dive south. When we look at what lies behind this we find it was largely due to M&S’s new website, launched last February. While initial reaction to the site was quite good, after just a few weeks consumers became highly critical, with a significant number saying they have not been able to use it with one of the most popular browsers on the Internet, Google Chrome. Of course, it is expected that M&S will sort out these issues but the size of the task ahead to regain lost consumer confidence is clearly evident.

Waitrose struggled somewhat at the start of the year after problems at Christmas when its online service couldn’t keep up with demand. It has, however, improved consistently since the start of April, which coincidentally just happened to be the time that M&S hit trouble.

While Asda’s online delivery service has consistently performed poorly in the first half of 2014, Topshop has consistently done well. We believe one reason for Topshop’s high levels of consumer happiness is that people enjoy shopping for clothes significantly more than they do for groceries. Even so, Topshop’s performance has been pretty impressive.

So, just how seriously should retailers take what they see in figure 1? A clue to the answer can be found in additional research SpectrumInsight has carried out, which looked at whether people are less likely to use a retailer’s “bricks and mortar” stores if they have a bad experience with the same retailer’s online delivery service. In order to do this we carried out a survey of 1,000 UK adults during August, 2014. We used traditional research because while Twitter data offers many benefits, something it cannot do is address a specific question such as this.

Findings from the survey reveal that 47% of UK adults are less likely to use a retailer’s “bricks and mortar” stores if they have a bad experience with the same retailer’s online delivery service versus just 26% for whom it would make no difference. In other words a bad online shopping experience can affect whether or not people will shop in-store at the same retailer by a factor of around 2 to 1.

What lies at the heart of this apparent contradiction is the price war currently raging among UK supermarkets. Asda is outperforming its main competitors on market share because it has been by far the most aggressive in terms of cutting prices; and a major reason why it has had to be more aggressive than any of its main competitors on price is precisely the reason why it lies at the bottom of figure 1. In other words, a significant reason why Asda has had to ‘buy’ market share is because it has not been able to achieve it on quality alone.

Morrisons’ market share, however, has been on a downward spiral for some time for reasons far more fundamental than the lack of an online shopping service that CEO Dalton Philips has claimed. The good news for Morrisons is that the positive feelings being generated by its online delivery service will undoubtedly lead more people back to its bricks and mortar stores. It will be some time, however, before we know whether this will be enough to help reverse the retailer’s fortunes.

What this all reveals is about far more than just online shopping and is very worrying for the future of grocery retailers in the UK. Asda’s shareholders, in the form of Walmart, might be delighted by the company’s market performance over the short-term. However, the longer they take to fix issues such as online shopping the longer they will have to keep cutting prices to maintain market share. In other words, if a retailer wishes to build long-term value in its brand and also longer-term customer loyalty, then its online delivery service also has to deliver – in more ways than one.

Mark Westaby has pioneered the use of social media to gain real-time insight into consumer views, opinions and behaviour, which traditional research methods are unable to capture. Prior to SpectrumInsight Mark founded Metrica, which became one of the world’s largest independent media evaluation companies before it was sold to Durrants (now the Gorkana Group) in 2009.