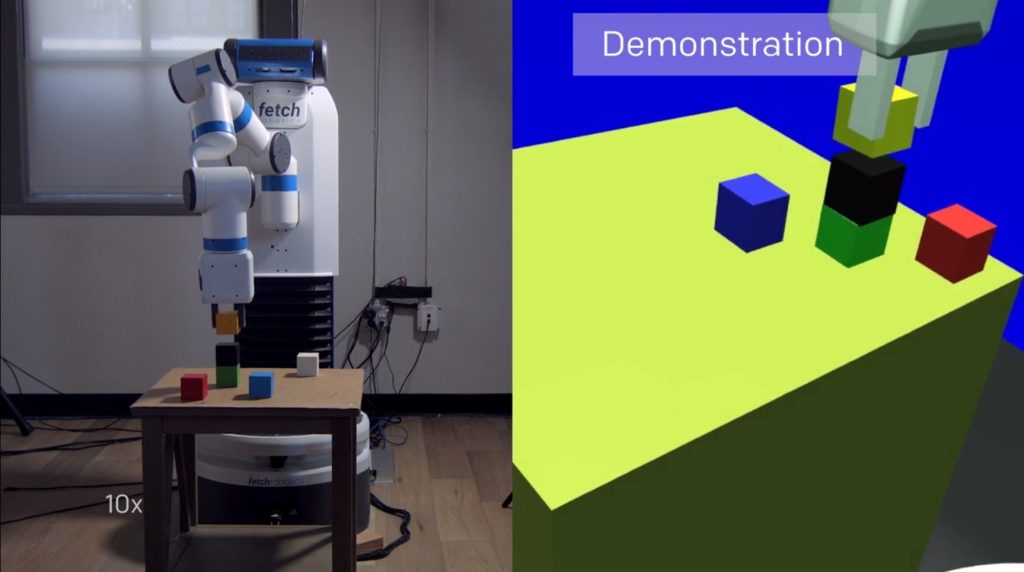 Just like children are able to learn from their parents, robots are now able to do the same with our help through VR, but in this case, you only need to show them the task once. Sounds perfect, doesn’t it?

The new algorithm has been introduced to these robots and their performance is powered by two neural networks.

This platform is still a prototype, and there is a lot of room left for advancements. Once this system has been completely developed there will be no limitation to what extent the robots could be used to aid humans.