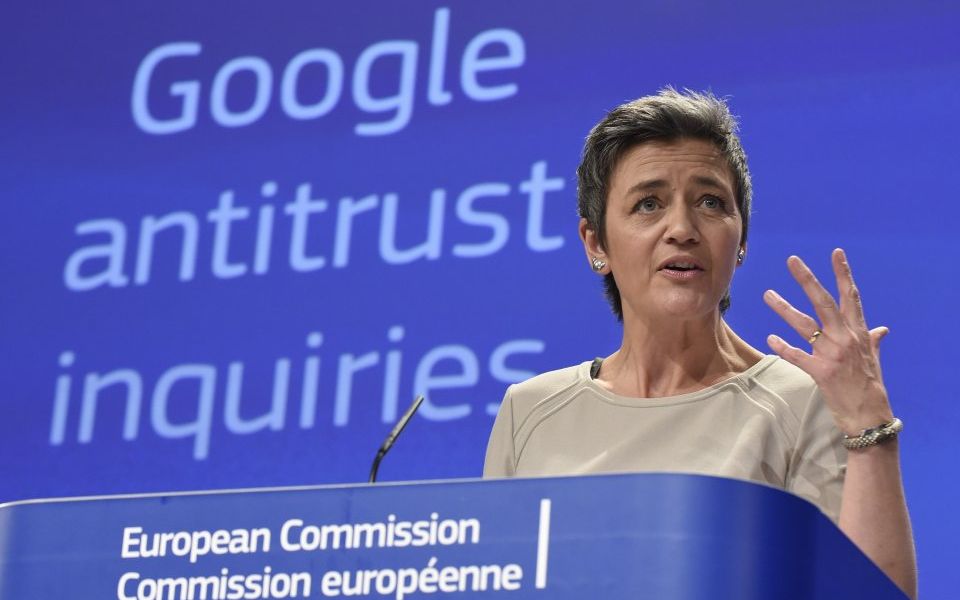 Brussels’ crackdown on Google is set to intensify after the EU’s top watchdog urged companies to sue the US tech giant in light of its mega-fine for anti-competitive practices.

Margrethe Vestager, the EU’s competition chief, also said the decision to fine Google €2.4bn (£2.1bn) for giving advantage to its own shopping comparison site was merely a “starting point” to investigate other potential antitrust breeches by the firm.

“The decision that Google is dominant gives us another starting point to look at other verticals, be it images, maps and local [advertising]. These would be specific cases,” Vestager told the Sunday Times.

Analysts and lawyers have previously told City A.M. that Google could be hit by a fine of around $6bn (£4.7bn) from the European Commission related to the way it bundles together apps on its Android mobile software.

The global tech megalith could also face civil claims on the back of legal rulings made by regulators. The European Commission is expected to publish the findings upon which it based Google’s €2.4bn fine.

“It is for everyone who feels they have been hurt by the illegal Google behaviour to take this report and use [it] in court as part of their evidence,” Vestager said.

“Other regulators and companies have been intimidated by Google’s overwhelming might, but the commission has taken a strong stand and we hope that this is the first step in remedying Google’s shameless abuse of its dominance in search.”

Microsoft and Axel Springer are among other large names to have complained about Google’s practices.

“When you use Google to search for products, we try to give you what you’re looking for,” Google exec Kent Walker said. “Our ability to do that well isn’t favouring ourselves, or any particular site or seller – it’s the result of hard work and constant innovation, based on user feedback.”