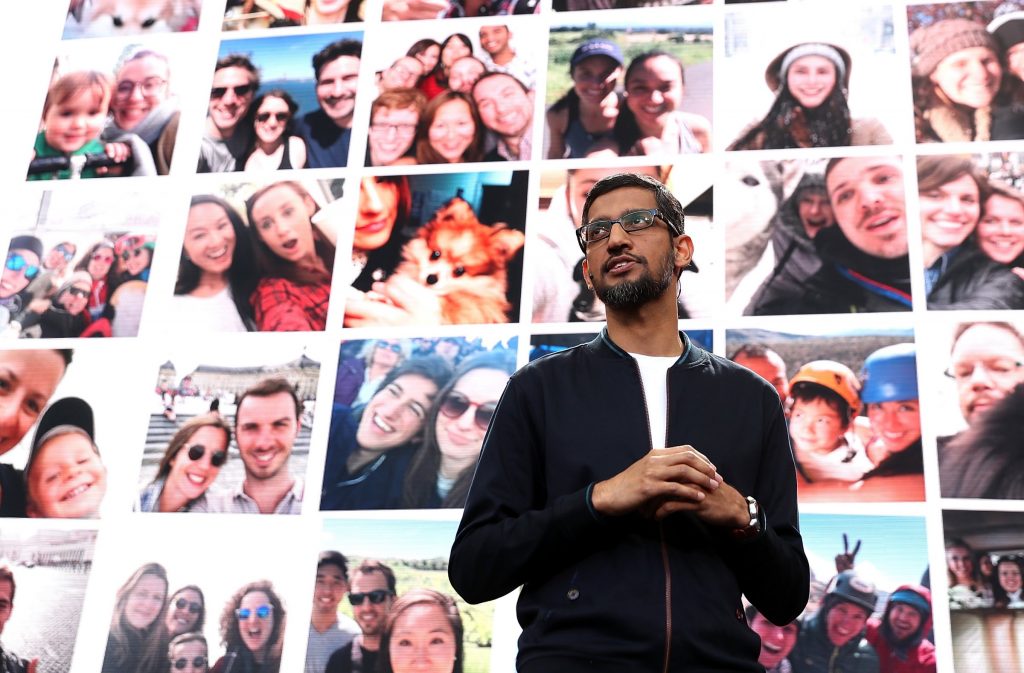 What to Expect From Google’s Biggest Event of The Year

Get ready for Google’s AI show.

Google I/O, the company’s annual developers conference and biggest event of the year, is usually an Android event where we get a look at the latest features for the smartphone operating system. But when I/O kicks off this Wednesday, expect Google’s latest artificial intelligence efforts to be what everyone ends up talking about.

If you’ve been paying attention over the last year or so, you’ve noticed that Google seems especially passionate about AI, injecting it into everything from search results to chat apps to the new Google Assistant for Android phones and the Google Home speaker. CEO Sundar Pichai has sounded especially bullish on the prospects for AI on recent company earnings calls and public interviews.

That was just the beginning. Internally, Google sees AI as its next major platform after search and Android — and it wants to give developers a way to get in early.

Here’s a quick preview of what to expect from Google during the opening keynote at I/O. The event kicks off Wednesday at 10 a.m. Pacific. At last year’s I/O, we got our first look at Google Assistant in the Allo messaging app and Google Home speaker. Now that Assistant has had time to mature and grow into other devices like the new Galaxy S8, expect Google to talk about how developers can build for the platform.

This is very similar to the third-party “skills” that are part of Amazon Alexa that let you do everything from play games to order a pizza from Domino’s. Google’s ambition is to build an entire platform based on AI and voice control, and Wednesday’s speech will be all about getting developers excited about the prospect.

Google is also expected to announce that its Assistant will be coming to the iPhone and other third-party appliances like GE home appliances, Bloomberg reported Tuesday.

The stakes are pretty big. Amazon already has a big head start with Alexa, and the digital assistant is already showing up in a bunch of third-party devices like thermostats and even cars. It also has thousands of third-party skills. Microsoft is also working on expanding its Cortana assistant and announced connected speakers from Harman Kardon and HP coming later this year.

But to borrow Pichai’s favourite phrase, it’s still “early days” for the category, and everyone is still trying to figure out the best way to grow their respective AI platforms and eventually turn them into real businesses. For Amazon, it’s a bit easier since Alexa encourages you to buy more stuff from the company’s massive online store. Google and the others will have to figure out how to stuff ads into screenless devices in a non-intrusive way. Expect to see a clearer look at that vision during the keynote. Don’t think Google forgot about Android though. Although the company gave an early look at the next version (called Android O for now), it mostly focused on developer-friendly features. We’ll probably get a better looking at the user-facing features Wednesday. Android O will likely debut this fall with the sequel to Google’s Pixel phone.

We might also see an update on Google’s mission to let Chromebooks run Android apps, turning them into full PCs. But the early models of these Chromebooks are littered with bugs, and develops haven’t modified their apps for a laptop-sized screen yet. There’s still a lot of work to be done.

No, we’re not talking self-driving cars, but cars running Android for their infotainment systems and other controls.

On Monday, Google announced that Audi and Volvo will make cars that run on Android so you can run apps like Maps and Google Play Music without plugging your phone into car like you have to do with Android Auto or Apple’s CarPlay. It also features Google Assistant so you can ask the car for directions or give commands while driving. Finally, it can control basic functions like the air conditioning and seat positioning. Expect to see some demos at I/O this week. Google’s VR platform Daydream debuted at last year’s I/O and has since launched on the Google Pixel and a few other devices. The company also bought VR gaming studio Owlchemy Labs, a sign that it wants to start building more VR content in-house. Expect an update on how Daydream is going.

Since Google I/O is a developers conference, there will be a lot of wonky developer talk on top of all the flashy consumer stuff. We won’t bore you with that.

You can also expect some updates on Google’s chat apps Allo and Duo, Instant Apps (which let you “stream” a snippet of an app when you click a related link in search), and maybe a demo from one of Google’s sister companies like Nest or Verily.

Google has a long history of announcing stuff at I/O that either fail or the company never follows through on. Google TV. Google Glass. The Nexus Q. The list goes on and on. If you see something from Google on Wednesday that looks too good to be true, it just might be.