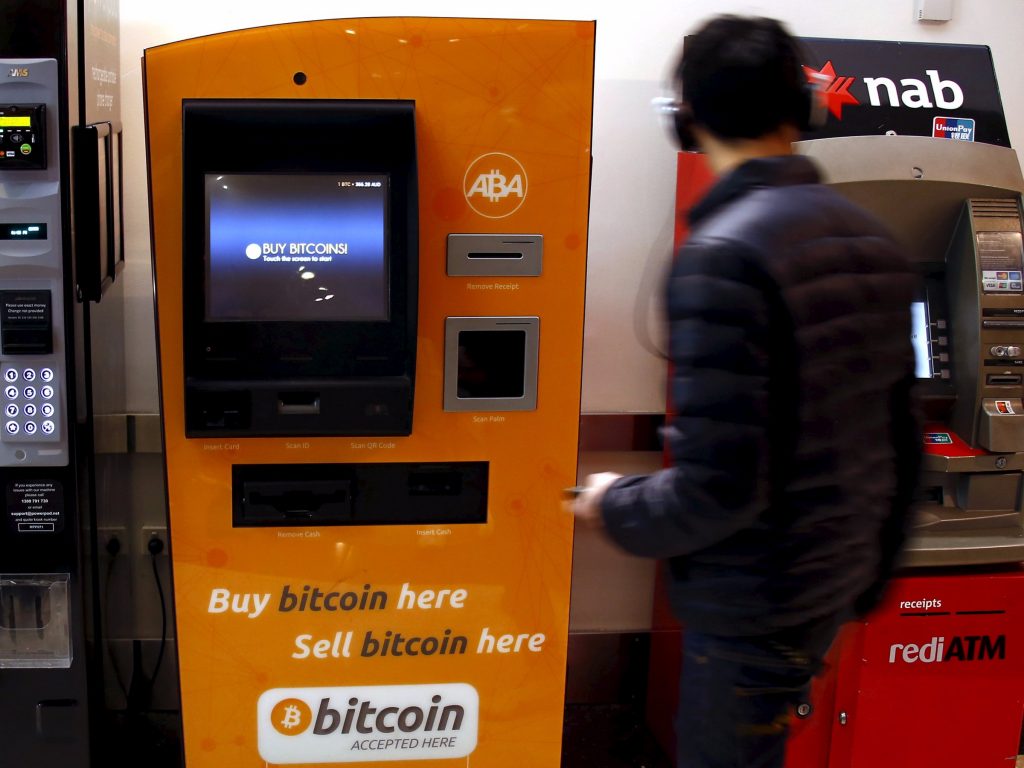 Extensive Read: Bitcoin Just Hit an All-time High — Here’s How You Buy and Sell It

The cryptocurrency’s value is surging a week after bitcoin split into two. While bitcoin has hit new heights, bitcoin cash, the offshoot also known as bitcash, has been tumbling.

“All that money that seemingly came out of thin air to pump up the value of Bitcash is now being fed right into Bitcoin,” Mati Greenspan, an analyst at the trading platform eToro, told Business Insider’s Oscar Williams-Grut. “Bitcash has fallen from its peak of $12 billion all the way down below $4 billion this morning.”

Given the currency’s alternative nature, the average person still may not understand how buying and selling works. Using the app Coinbase, which lets anyone trade bitcoins for a small fee, we decided to find out.

A brief warning: If you’re going to do this, tell your bank you’re about to buy bitcoin. More on that later.

This is what the Coinbase app looks like on an iPhone.

When you first open the app, you’re presented with the latest price of bitcoin and its change within a certain period. You can see in the chart below how wild the latest moves have been. (We bought bitcoin in early January, when it was valued much lower.)

I happen to be one of the many who have never traded bitcoin before. There’s a level of wariness in buying into the cryptocurrency world.

However, Coinbase’s interface makes it simple to enter the personal information needed to create your account.

User-friendliness quickly hit a snag. When I put in my address, the app didn’t recognize I had already selected it from the autofill menu. I couldn’t proceed unless I switched to the desktop app.

So switch I did. From the desktop portal, I could easily enter more identifying info.

The final step before entering my financial information was two-step verification for security, which Coinbase quickly sent to my phone.

I decided to give the app another try and opted to use my debit card to buy the bitcoin.

Entering all my information was just as straightforward as everything else. The problem was that I couldn’t exit this screen. Neither the “buy” nor “not now” option registered. I had to press the X and start all over.

Ultimately, and frustratingly, it was back to the desktop. So far, the actual process of buying bitcoin was simple — the app itself was my only nemesis. My $50 ended up buying 0.0524 of one bitcoin.

No looking back! (Until I sell, of course.)

Oh. It appeared the price was falling pretty fast the morning I decided to buy. I went back to try again, doing my best to outrun the falling price.

I own bitcoin! Well, a small fraction of a bitcoin. But now this means I can sit on my hypothetical tiny pile of cryptocurrency and hope it amasses value.

Instead, I decide to sell off immediately. (But not before shedding a single tear for the 12 cents I’ve already had to part with.)

To sell bitcoin, Coinbase requires users to pair their bank account with the app — a credit or debit card won’t suffice.

So I scrolled through the options to pick my bank.

And we’re back to the desktop. When I tried to sell the bitcoin, the app told me that either the amount was invalid or I couldn’t pay with the given method. I didn’t understand what that meant and didn’t want to enter a wrong number.

Luckily, the online experience is much smoother. My bank account showed up right where it should have, and I sold the bitcoin just as I bought it.

Since Coinbase wasn’t linked to my bank account, the transaction would take a few days to process.

A small hiccup: When I went to sell the bitcoin, I had to estimate the amount. The numbers were inconsistent in certain places depending on the bitcoin value or the dollar value. I ended up with one penny left over.

When I tried to close the account, that penny proved to be an issue. As much as I tried to send the lone cent with addresses I found around the internet, Coinbase didn’t let me. Here’s to hoping bitcoin skyrockets and my investment quadruples in value.

Oh, and a final thing: When I tried to buy lunch after this, my card got declined. My bank had blocked the card after the initial purchase.

Apparently, I wasn’t the only one who was wary about going into all this.