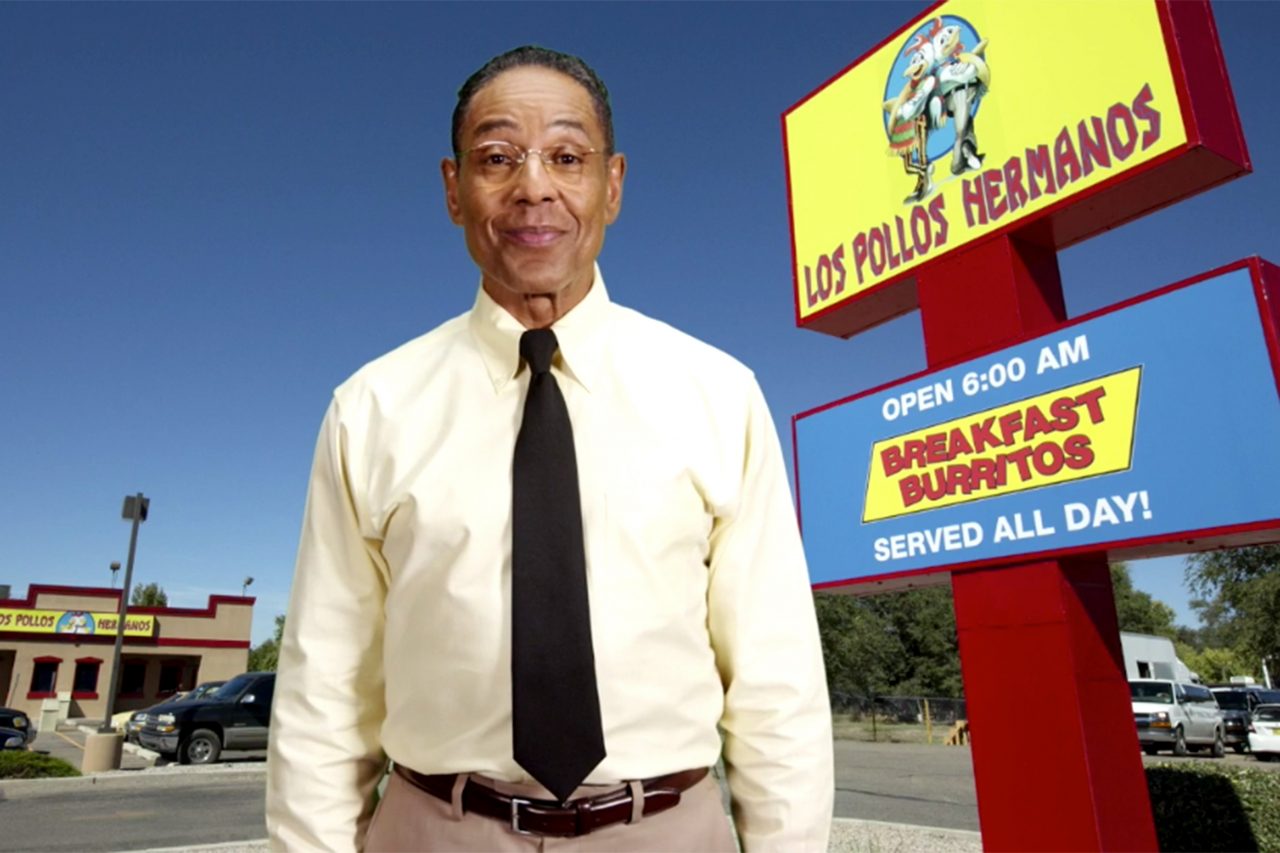 Despite being a front for a criminal empire built on crystal meth, Breaking Bad fried chicken restaurant Los Pollos Hermanos is among the best fictional food franchises for Employee Experience, according to new research.

Food box company Gousto has revealed a list of the TV and movie eateries most likely to make it in the ‘real world’, and have rated establishments such as JJ’s Diner from Parks and Recreation, The Winchester pub from Shawn of the Dead, and The Simpsons‘ Krusty Burger based on the combined averages of their real-life counterparts through success markers including TripAdvisor reviews, length of time in operation, and Instagram hashtags.

Los Pollos Hermanos, from the hugely successful US crime drama about the rise and downfall of mild-mannered chemistry teacher-turned drugs godfather Walter White, topped the poll for Most Likely to Succeed, and was named Most Employable and Most Influential of the 20 fictional franchises, making it among the most desirable places to work for potential staff.

Gousto found that if it were real, the chicken restaurant chain founded by sinister meth kingpin Gus Fring would employ up to 39,000 people.

Rachel Chatterton, Food Development Director at Gousto said: “There’s a clear link between food and entertainment – they are both highly emotional and our Fictional Foodie Franchise ranking is a fun way to link these, drawing on inspiration from some of the delicious scenes in our favourite television shows.

“Our study shows that there’s no one clear ‘recipe for success’ – it’s much more complex than that and takes into account a number of factors.”