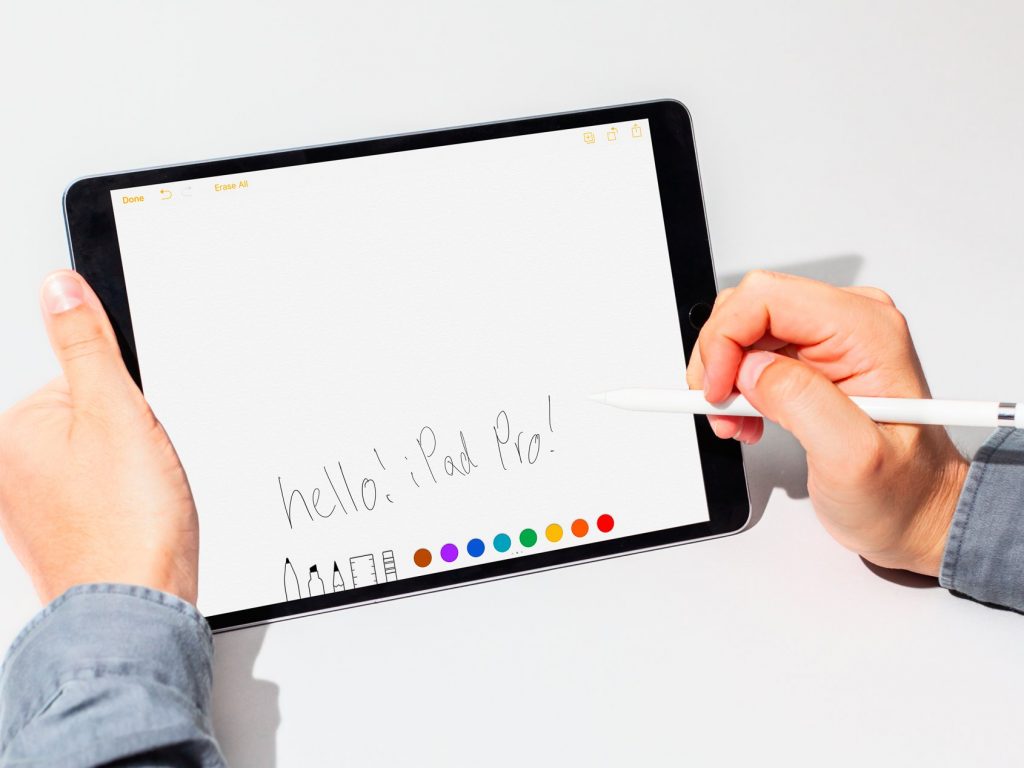 Here’s Your First Look at The Biggest iPad Update Ever

The iPad is getting a major overhaul this year.

iOS 11, which is available today in beta as a public preview, adds a slew of new features to the iPad as the device inches closer to its goal of becoming a laptop replacement.

There’s a new app for managing files, an app dock that mimics the one on your Mac, some new multitasking features, and loads of other goodies that make it easier to get things done.

It’s the biggest iPad software update since the device launched over seven years ago.

I’ve been testing the iOS 11 public beta for a few days. You can try it too by signing up here. (It’s also available for iPhone.) But keep in mind that it’s still technically beta software, so you might encounter some bugs. The final version will be available this fall.

Keep reading to see the most important changes coming in iOS 11.

The first thing you’ll notice is the new app dock at the bottom of the screen. It looks very similar to the dock on Mac. You can store all your favourite apps there. The apps to the right of the bar on the dock change based on what Siri thinks you’ll want to use next. I wasn’t too crazy about this feature since it often didn’t suggest an app I wanted to use.

You can access the dock in any app by swiping up from the bottom of the screen. This makes it easier to switch between your favourite apps.

You can also drag an app from the dock to make it “float” in a separate window. Here’s Twitter running on top of Safari. Or you can “snap” the second app into place and run it in this split-screen mode. The new Files app lets you browse files stored on your iPad. It also works with cloud services like iCloud Drive, Google Drive, Dropbox, and Box. This is a feature iPad users have been begging for almost since day one.

The app switcher has a new look too. Now it sits next to the Control centre, which also has a new design. You can do a lot more in the control centre now. Clicking into a widget opens a light version of an app, like this Apple TV remote. And here’s how you customise the Control Center in the settings menu. iOS 11 lets you drag and drop content between apps. Here’s an image I searched for in Safari… …that I dragged into the Notes app. It’s just like dragging images on your Mac. The Notes app recognises handwriting and translates it to plain text. See how I wrote “cats” below the photo and the app changed the title of the note in the left column? It even worked with my terrible handwriting.

Handwriting recognition is also useful if you want to use Spotlight to search for handwritten notes. Screenshots have changed too. I took one of this web page… …and it gave me the option to launch a screenshot editor. You can crop or doodle on the image before saving or sharing. Also cool: You don’t have to save every screenshot to your camera roll. You can just share it and automatically delete it.

The App Store has a brand new design. And here’s the new apps tab. iOS 11 definitely feels like a significant update. In my short time with the beta version, I was able to do a lot more on the iPad than I could before, and I can feel it getting closer to becoming a viable laptop alternative. iOS 11 will also be great for other iPad models like the new 9.7-inch version, even if you can’t use the keyboard or Apple pencil accessories.

But it’s not there yet. I still have a few problems with the iPad’s app selection and keyboard accessory, as I wrote in my recent iPad Pro review.

Overall, iOS 11 is a sign Apple hasn’t given up on the iPad, despite having difficulty finding a place for it over the years as sales slumped. iPad hardware keeps getting better and better, so it’s nice to see iOS start to catch up.