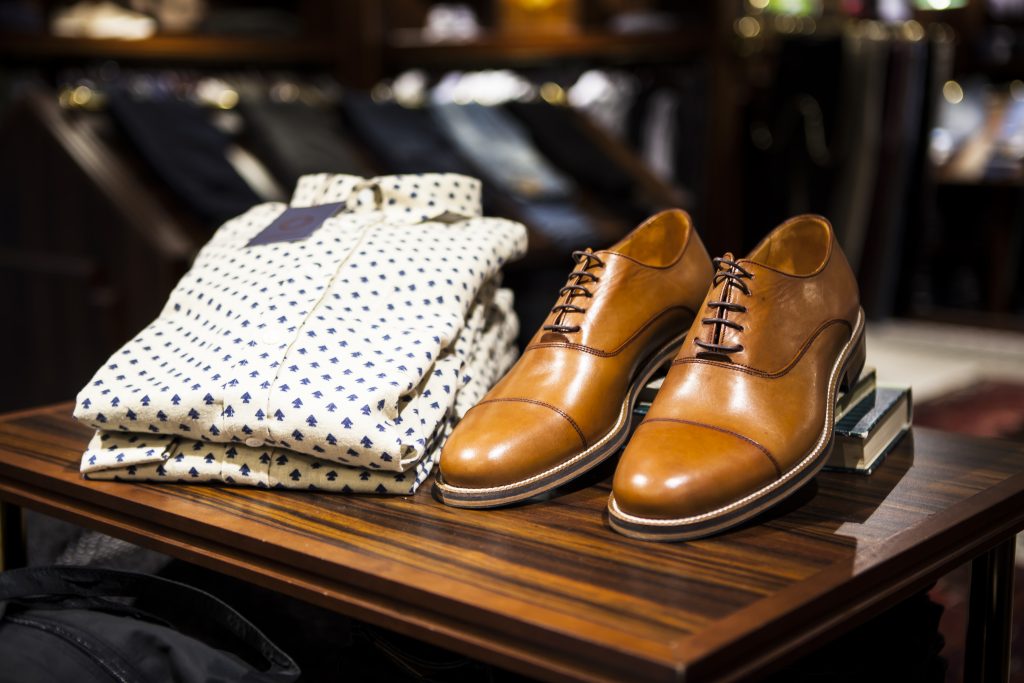 Retailers are tapping into increased male spending power and demand by expanding men’s sections both online and on the high street, recognising the greater variety and prominence of male fashion over recent years.

New research released by Barclaycard, which processes nearly half of the nation’s credit and debit card transactions, revealed that despite common assumptions, men are the biggest spenders when it comes to fashion and beauty.

Debunking the myth that women are the biggest spenders, retailers say they have seen an increase in male shoppers both in-store (59 percent) and online (69 percent) in the past five years, and have expanded their male product offering as a result.

Proving themselves to be ‘reluctant returners’, much of what men buy is likely to make it to and remain in, their wardrobes. Just a quarter (26 percent) of the returns processed by retailers are made by male shoppers compared to their female counterparts who account for 74 percent.

Given that men are also spending more than women, this indicates that male shoppers are not only more likely to keep what they buy, but are also a potentially more profitable audience for retailers.

With additional Barclaycard research showing that 57 percent of retailers are negatively impacted by consumers’ propensity to return unwanted items – such as being left with high levels of unsellable stock – investing in the male market may prove a more valuable investment for retailers concerned with protecting their bottom line.

When it came to the overall shopping experience, the top frustrations cited by men were: retailers not having their size in stock (42 percent), crowded stores (36 percent), and having to queue at the till (35 percent) – with four in 10 men (40 percent) saying five minutes is the longest they will wait to pay before leaving a store.

Greater variety in men’s products and a recognition of changing shopping habits is driving the growing scale and volume of male-specific retail, both in-store and online. Almost a quarter (23 percent) of retailers who have increased the size of their men’s section in the past five years have done so because they believe men are now shopping more than women.

Of those retailers that do cater to a largely female audience, almost four in five (79 percent) would consider moving into men’s retail or increasing their men’s range. The majority (63 percent) recognise male retail as a growing market, while more than four in 10 (44 percent) see men’s retail as less competitive than women’s retail.

Taking advantage of the omni-channel experience

With nearly half of British men (48 percent) saying they prefer to shop online to snap up the latest trends, it’s no surprise that the most commonly deployed tactic from retailers is online and social media advertising (37 percent).

Over a third (34 percent) already offer, or would consider offering, their male customers the ability to purchase items directly from social media accounts, while three in 10 (31 percent) would make use of a customer service chatbot to help improve the online shopping experience for men.

Facebook leads the charge in being the most useful social media platform to target a male audience according to 65 percent of retailers, with both Instagram and Twitter falling behind, chosen by just over a third (36 percent). One in seven (14 percent) are now also working with bloggers and influencers to increase their online brand presence.

“The rise of social and digital media has made shopping more accessible and convenient for men, which in-turn has increased their purchasing power. Yet, it’s clear from our research that while men do want to shop they are put off by the overall experience – which could be causing retailers to miss out on vital sales. The good news however, is that the issues men have claimed put them off shopping – such as long queues to pay – can be easily fixed.

As the shopping experience continues to evolve, it’s important that retailers not only keep up with new trends, but capitalise on emerging technologies to provide good customer service across all channels, for every consumer. For instance – allowing shoppers to check the availability of sizes online and then quickly and easily pick-up and pay in-store could help harness loyalty by providing a faster and easier check-out process and keep customers returning time and again.”