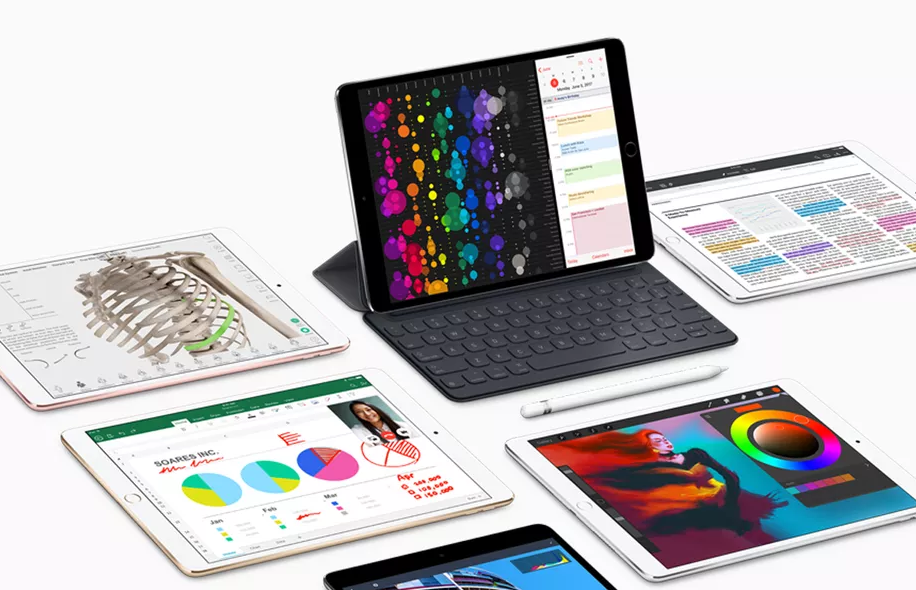 The iPad has never been a full-fledged computer. At its launch back in 2010, it was mocked for having a large screen without a typical large-screen operating system like macOS or Windows, and it was dismissed as just a bigger iPhone. But, as it turned out, people found a whole bunch of really cool and enjoyable uses for that enlarged iPhone, and even as iPad sales have slowed over recent years, Apple’s tablet has proven enduringly popular among those who’ve acquired one. At WWDC 2017, Apple underlined its commitment to pushing the iPad as its next computing platform, and for the first time ever, it even has me interested.

In all the time it’s been around, I haven’t been able to answer the question of who the iPad is for. It’s often been the wrong question, mind you, as the iPad shows its strengths best when it’s serving narrowly defined purposes and applications: a sketching pad for some, a comic book reader for others, and a great way to show off pictures for all. But with the changes to how the iPad works in iOS 11, Apple is ready to answer the question of who the iPad is for in a bold and emphatic way: it’s for everyone. What this latest generation of Apple’s tablet represents is a maturation into a truly versatile and powerful computer, thanks to Apple’s usual mix of tightly integrated hardware and software upgrades.

iOS 11 is a software update dedicated almost entirely to the iPad Pro. It brings better multitasking, drag-and-drop functionality, access to the device’s file system via a new Files app, and even an auto-hiding app dock that works strikingly like the one in macOS. The app switcher from Apple’s desktop operating system has now made its way to the iPad. For so many years it was macOS that was leeching iOS features up into the desktop environment, but with iOS 11 Apple is taking on the harder task of bringing macOS versatility to its mobile devices.

By itself, iOS 11 looks like a laudable advance, but it’d be an incomplete solution for people who’ve traditionally favoured laptops, the incumbent one-size-fits-all computer of choice. People like me. But what’s happened over the past year is a vast, if subtle, upgrade in the hardware capabilities of Apple’s portable devices. The iPhone 7 brought with it the new A10 Fusion chip, which has ungodly amounts of performance and can legitimately rival Intel’s most power-efficient offerings for ultraportables and 2-in-1s. Now in its A10X Fusion form for the iPad Pro, this processor is the key that unlocks a whole new tier of capabilities and functionality from Apple’s tablet.

During the WWDC keynote, I saw the new iPad Pro used with the Affinity Photo app to do some complicated image blending and reprocessing work, and every task was accomplished almost instantaneously. Apple has also upped the refresh rate of its new iPad Pro to 120Hz, which will mean even smoother animations while helping lower latency for stylus input down to a supposedly industry-leading 20ms. And yes, as usual for a new iPad release, the new 10.5-inch Pro model has the best and loveliest display Apple’s ever made.

WHY TRADE AWAY THE MACBOOK’S ADVANTAGES? BECAUSE THE IPAD IS SMALLER, LASTS LONGER, AND COSTS A LOT LESS

With performance that’s edging into laptop territory and now software that’s bridging the gap to a desktop operating environment, the iPad Pro’s established advantages over something like a MacBook or MacBook Pro grow in significance. After the MacBook Pro was downgraded in terms of ports and other pro features last year, I’m now much more open to tolerating the iPad’s limitations in order to gain the benefit of its strengths. That would be things like better battery life, easier portability, and a substantially lower price, starting at $649 for the latest iPad Pro.

One of these new 10.5-inch iPad Pros, with its reduced bezels and still vanishingly thin profile, is much easier to tote around than any MacBook Pro. Reducing the footprint of a device is much more impactful nowadays than shaving a few extra millimetres off its thickness, and I can envision a daily carry scenario for myself where an iPad Pro shrinks the size of bag I need to use. There are some really lovely and small camera bags — like the Domke F-803, for instance — that work really well with just an iPad slotted in, but struggle to fit a proper laptop. Well, now maybe I no longer need a proper laptop if I have something that’s close enough.

Getting to grips with the iOS 11-powered iPad Pro at Apple’s event yesterday, my colleague Jake Kastrenakes noted that he never felt like he could move quickly and efficiently around iOS before, but the new version is the first one that feels like it could change that. I’m on exactly the same page: iOS has always felt like a more leisurely way to use a mobile device, not quite the lean and mean productivity workhouse that I could sculpt together in macOS. But with more robust split-screen multitasking and the ability to float additional apps and picture-in-picture video on the screen, I foresee finally being able to get Real Work done on an iPad.

Being able to manipulate files in the self-explanatory Files browser is basically the tipping point: I get the extra degree of control I’ve always felt has been missing on iOS, and now I’m wondering exactly what I’d be losing if I switched to doing my research and writing on one of Apple’s tablets. Sure, I’d need to hunt down a good third-party keyboard, but there’s never a shortage of good accessories for Apple devices. By making the changes it’s made in iOS 11, Apple looks to have successfully attracted professional holdouts like me while still retaining its touch-friendly and accessible interface for the majority of others.

The computer I use most often at home is a Chromebook Pixel 2. Like the iPad, the Chromebook started off very spartan but evolved over time and gained just enough of the conventional OS capabilities to feel like a legitimate machine for getting work done. It’s still fundamentally built around the Chrome browser, but it also has a file system, a basic photo editor, and a few other niceties that leave me missing only Adobe’s powerful editing suite. This article is written on that very Chromebook, and the next meal I have will be paid for with the money I make from that writing, so I’m quite confident in saying that a Chromebook can be a professional computer. So why not an iPad?

Some might point to the iPad’s lack of mouse input or external monitor support, but consider that even a fully specced-out $2,000 ThinkPad wouldn’t have those when you’re cradling it in your lap on a packed train en route to work. And unlike a Windows laptop, Apple’s iOS is designed with touch input from the start, so an iPad has the advantage of being tailored to situations of limited space. The inconvenience of working on the move is the iPad’s great equaliser. That’s also why I’m not too worried about the limited number of apps I can run side by side or the relative paucity of memory on iPads. Those limitations, which Apple is gradually loosening anyway, are less oppressive when working in a truly mobile environment.

Productivity these days comes in many forms and sizes, and I’m starting to buy into Apple’s premise that the next frontier for it will be the iPad, Pro or otherwise, rather than the MacBook, the latter of which got only the most token of spec upgrades at WWDC 2017. Another thing I notice from Apple’s promotional materials is that in almost all photos of the new iPad, there’s the Pencil stylus somewhere in the vicinity, hovering with productive intent. Of course, that’s not solely Apple’s idea, as Microsoft has pushed the idea of pen computing and 2-in-1 devices through its Surface Pro line for years, and Google has recently also joined in with the S Pen-equipped 2017 Samsung Chromebooks and its initiative to bring Android apps to Chrome OS.

We always knew the future of computing was mobile — because the present already is — but this year we’re seeing what that means beyond just the ever-present smartphone. The traditional laptop clamshell is being broken up, styluses are all the rage, and the lines between mobile and desktop software are being eroded into nothing.

This isn’t the final step to the iPad becoming a computer, but it’s certainly a major one.