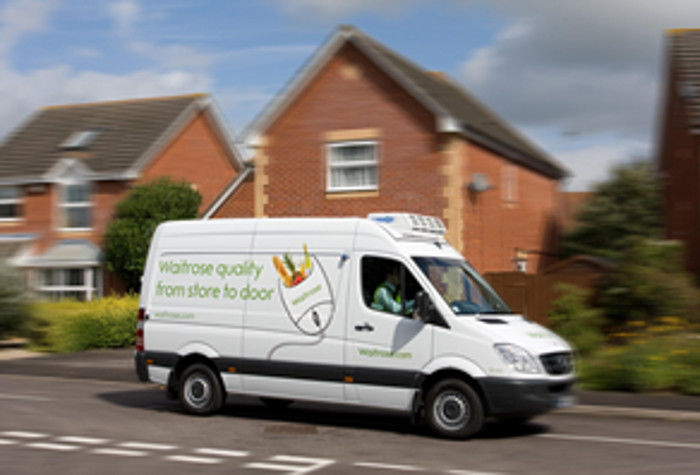 Customers have once again tweeted Topshop to the peak of the leaderboard, but the same study reveals an online shopping battle among the ‘big 4’ UK supermarkets.

Despite a reputation for being more expensive during a time when discounting has been the name of the game, Waitrose has continued to shine.

But problems for Waitrose emerged in the run-up to Christmas and now the latest study, by social insight specialist SpectrumInsight, has revealed that Waitrose was the worst performer among all of the major online grocery suppliers during the weeks preceding Christmas 2013.

But it was not the only retailer caught out by the massive surge in online shopping demand, with parent company John Lewis also struggling to cope. The difference is that while John Lewis has largely recovered its position since last Christmas, Waitrose has not.

The latest analysis of consumer comments by SpectrumInsight – covering online shopping between 1 March and 30 April – reveals that only M&S and Asda have received more angry comments from dissatisfied customers than Waitrose, with scores of – 5.4%, -7.8% and – 4.1%, respectively.

The new kid on the block, Morrisons, has seen its score dip from +2.6% to 1.9%, but this still represents net happiness among its online shoppers.

In contrast Topshop has seen its score more than double from a happiness rating of +3.6% to +7.7% between February and March/April.

Mark Westaby from SpectrumInsight had this to say about the figures: “The key question is whether any of this matters. After all, who cares if Waitrose customers are spouting off about the company’s online delivery service? In fact it is very important.

“First, it is a complete misconception that consumers only take to social media to complain. As can be seen from Topshop’s impressive performance, consumers are just as happy to voice their positive views and opinions as negative ones.

Mark added: “Second, consumers who share their views through social media largely represent the very demographic who mainly use online shopping; and, third, these consumers are typically the 18 to 35 year olds who not only make up a significant share of existing customers but are also very much the future ones. Or not unless Waitrose can address its online shopping issues.

A spokesman from Waitrose told Customer Experience Magazine: “When making substantial changes to a website there will always be initial technological glitches to overcome. However, since the introduction of the new Waitrose website last Autumn customer feedback on the site has greatly improved, and continues to do so. We are always looking for ways to improve our customers’ experience of shopping with Waitrose, and this, of course, includes our online offering.”