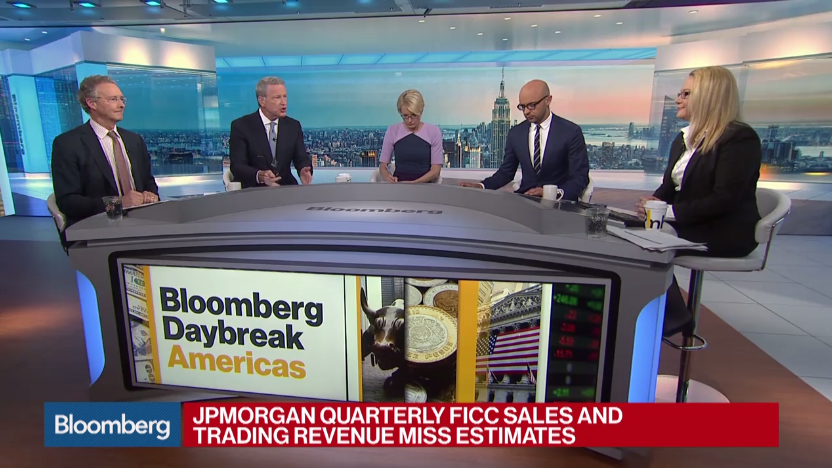 The bank earned $26.5 billion over the past 12 months, the most ever by any major U.S. bank. While trading results reported Friday were worse than analysts expected, second-quarter net income set a record and the company said it will increase loans to companies and consumers this year at a rate that’s double what analysts predicted.

The biggest U.S. bank kicked off earnings season for the industry, offering insight into how Wall Street trading and advisory and Main Street lending businesses performed. Following a first quarter in which most firms posted better-than-expected trading results, executives including JPMorgan Chief Financial Officer Marianne Lake tempered expectations, saying trading revenue was 15 percent lower in April and May from a year earlier because of muted volatility.

JPMorgan overcame that with record revenue from its commercial bank and record profit at its wealth-management division. The lender also benefited from interest higher rates as the Federal Reserve raised its benchmark lending rate for the third time in six months in June.

Markets revenue fell 14 percent. The trading decline raises questions about whether the rebound in bond trading over the past year is at risk of stalling. In late May, Lake said that markets were subdued because of uncertainty over the path of interest rates amid questions about U.S. policy and economic growth. Banks needed idiosyncratic events of the kind that helped boost trading in 2016 — the U.S. election and U.K. referendum, for example — to change that dynamic, she said.

JPMorgan’s total profit in the past year surpasses the $25 billion Citigroup Inc. earned in the 12 months ended in June 2006, according to data compiled by Bloomberg.

Still, JPMorgan has further to go to reach its own targets for costs and return on equity. The lender is seeking to ramp up the latter measure by paying out more capital to shareholders. Last month, it won approval on its plan to increase its quarterly dividend 12 percent and ramp up share repurchases to $19.4 billion over the next 12 months — roughly 90 percent more than in the prior year.