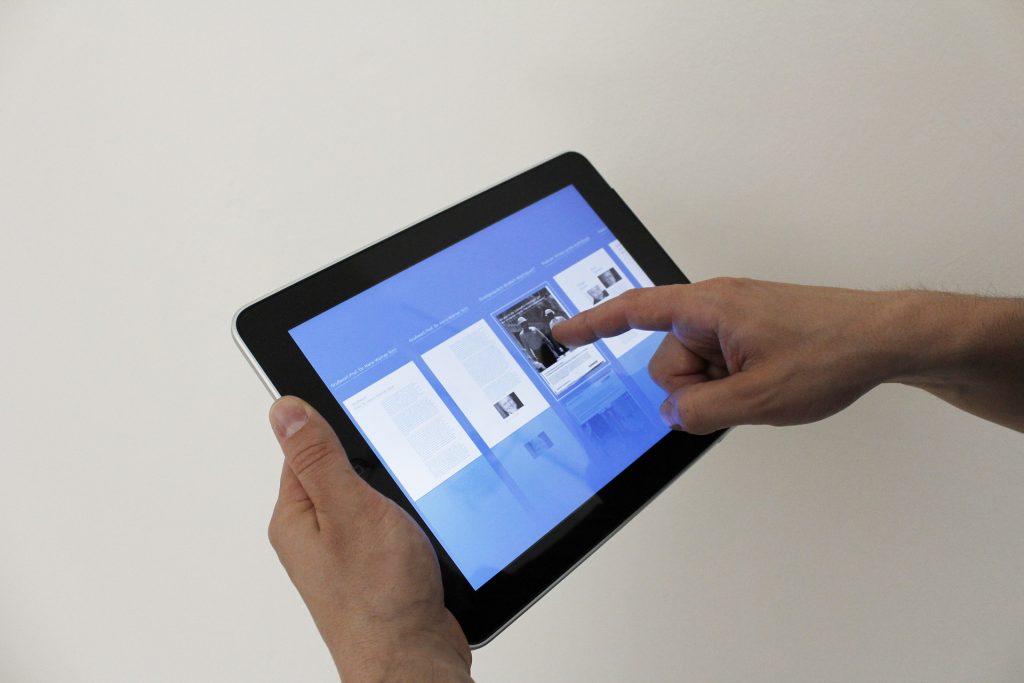 Parker Software develops and sells business automation software with a range of functionality such as live chat, reverse IP lookup and process automation. The company specifically focuses on businesses operating in the e-business, marketing and retail sectors. Parker Software has UK offices in Stoke-on-Trent and Manchester.

What Makes a Good User Interface?

The user interface is like a joke. If you have to explain it, it’s probably not that great. Here, Thomas Pepper, user experience designer for Parker Software’s live chat software, WhosOn, explains the key elements that make for a good user interface — from the visual aesthetics of the design to user ergonomics and functionality.

In the ecommerce customer service realm, we’re bombarded with advice on how to create a positive online experience. But what about the experience of the agents tasked with serving these online customers?

Software such as live chat and CRM systems were traditionally designed with the simple objective of managing customer data and conversations. As more customers choose to seek support through digital platforms, however, these applications are becoming increasingly complex – and increasingly hard for end users to navigate.

Design with the User in Mind

Younger workers make up the majority of the call centre workforce. In fact, 39 per cent of contact centre agents are between 18 and 25 years of age. These digital-native employees are the invisible voices at the end of online help desks or live chat systems, operating elaborate back-end systems to ensure a positive customer experience.

Traditionally, user interfaces for contact centres have been designed using assumptions about what B2B software should look like. However, this doesn’t necessarily mean it’s the correct choice for the user.

While the younger generation are certainly not incapable of using general office software, they will have a greater familiarity with the design of modern communication platforms such as WhatsApp and Messenger.

User experience designers often presume that software used in a B2B environment should be designed to be uniform with other general office software, such as Microsoft Office or Outlook. However, research conducted by the UX team at Parker Software suggests that traditional design does not provide a positive experience for agents. Instead, engaging B2B software should take influence from the applications that most of us — including contact centre agents — use on a day-to-day basis.

By taking design inspiration from social media networks, smartphone design and popular websites, businesses can provide their agents with positive familiarity, rather than forcing them to operate within a dull corporate framework.

Looks aren’t everything, but an aesthetically pleasing interface can play a significant role in improving staff productivity and engagement — a valuable asset for an industry notorious for high levels of employee turnover.

This design influence from the world of social media is currently prompting changes in customer-facing communication channels, too.  The customer side of live chat applications, for example, was traditionally presented via static window in the corner of a desktop screen. However, apps like Parker Software’s WhosOn are rapidly evolving with the times. Rather than a fixed live chat window, for example, WhosOn offers a scrollable ‘stacked’ window that immerses with the web page rather than intruding upon it. With user experience at stake, the trend of echoing the experience offered by popular messaging apps in the business world is only set to continue.

Intelligent design is not just about making things look nice; it also considers the most ergonomic desire paths for the user to take. As creative thinkers, designers can often get engrossed in the aesthetics of a user interface while neglecting usability. The most obvious example of a desire path is the unpaved shortcuts across grass verges that we often come across in parks and walkways. Usually, these informal desire paths form within a few feet of a planned, paved route.

While the desire path shortcut was clearly not designed by developers, it is the route that people have chosen to take — usually because it’s faster. These paths become self-reinforcing, with more and more pedestrians using the route and enhancing its erosion and visibility. With hindsight, the developers could have avoided this problem by ensuring the initial design corresponded with the desire path. Thankfully for user interface designers, digital desire paths can be amended or adjusted per the actions of the user.

Often, designers can find it difficult to put functionality before visuals. To create the most positive user experience, however, they need to be willing to strip unnecessary features and remove aspects of an interface that don’t work for the customer — regardless of how long that feature took to design and build.

Tradesmen are only as good as their tools and with that being the case, customer service representatives are only as good as the service solutions provided to them.  Striking a balance between aesthetically pleasing design and ease-of-use for contact centre agents can be difficult. However, it can result in efficient customer service, improved staff retention and perhaps most importantly, happier customers.