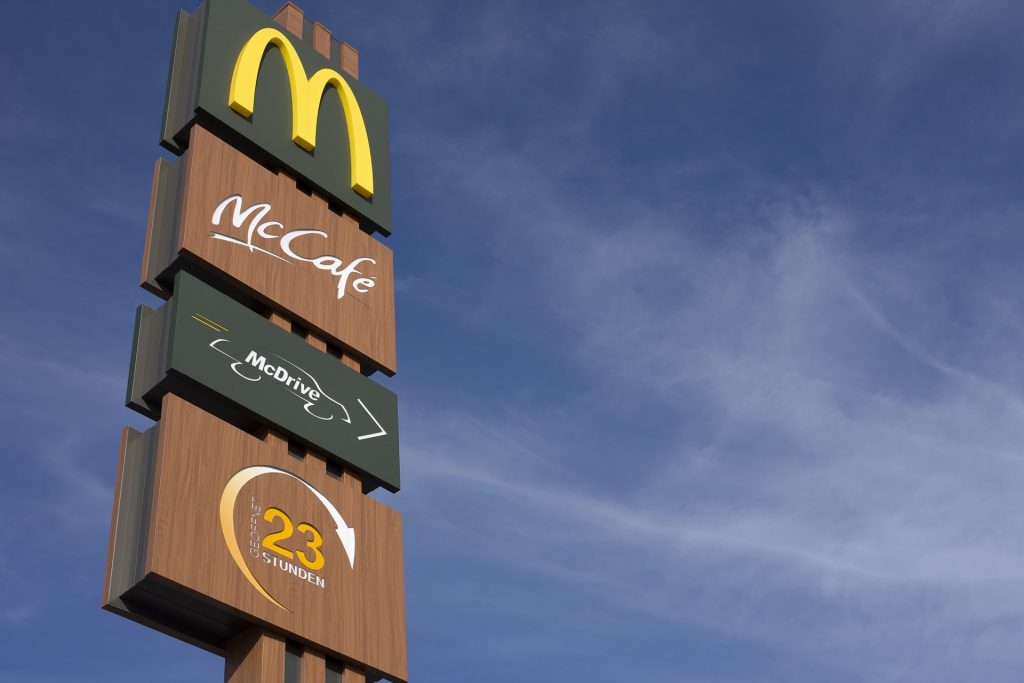 McDonald’s and Uber Just Made a Huge Announcement, and It’s a Complete Game-Changer

Something from the US! Steve Easterbrook, McDonald’s CEO, British boy made good. Could he also be thinking about delivery in the U.K? Whilst the idea of McDonald’s working with Uber might be fascinating. Does McDonalds existing menu travel well? More than 50% of sales might be take away – but not take home, with most people surely consuming the food in the car. I know from personal experience a Big Mac and fries aren’t particularly palatable after 10 minutes in the bag!

Believe it or not, business is booming at McDonald’s.

The fast-food chain is currently riding a wave of success founded on several prosperous initiatives, including all-day breakfast, aggressive soft-drink promotions, and a makeover of the iconic Big Mac.

This killer combination (possible pun intended) has led to exceptionally strong first-quarter sales, shooting the stock up to an all-time high.

But none of these strategies can compare with McDonald’s’ next move.

As reported yesterday by Crain’s Chicago Business, which broke the story on its website:

McDonald’s plans to expand its relationship with Uber Technologies as it seeks to offer delivery of its food to customers in more U.S. cities.

The Oak Brook-based burger chain, which has been testing delivery through the UberEats mobile app in about 200 restaurants in Florida since December, said today it will launch delivery in several cities by the end of June.

“We’re encouraged about the start we’ve had,” CEO Steve Easterbrook said on a conference call with analysts and investors. “We are not in test mode, we are expanding.”

This announcement is huge, for several different reasons.

Why This Is So Huge

I know what you’re thinking:

Who in the world wants McDonald’s food delivered? It’s not even that great when it’s fresh.

But you’re underestimating the customer base of the fast-food king. Sure, there are a lot of McDonald’s haters out there, but there are also a lot of fans. This isn’t one of the most ubiquitous restaurants across the globe for nothing.

And it’s exactly that saturation that gives McDonald’s such a major advantage when it comes to delivery.

“One of our greatest competitive advantages is that we’re closer to more customers than any other restaurant company in the world, with nearly 75% of the population in our five largest markets living within three miles of a McDonald’s,” Easterbrook pointed out in a recent letter to shareholders.

“On top of that, we have 20+ years of delivery experience in Asia and the Middle East,” he continued. “We’re working aggressively to identify the right operating models for bringing delivery to more customers–whether we control all aspects of the delivery process from end to end or partner with third parties for ordering and fulfilment. We have a number of pilots underway and plan to scale quickly based on results.”

In addition, remember that most McDonald’s food is already consumed outside its stores.

“Some 70 percent of McDonald’s U.S. business goes through the drive-thru, and in urban areas, far more consumers take its food to-go versus eating inside,” reported Crain’s.

Despite a rough start, Easterbrook really seems to be hitting his stride as McDonald’s’ chief executive. His vision moving forward is remarkably clear, and no one can deny the results he’s achieved in a very short amount of time.

And with a variety of stock-option awards and performance-based bonuses, he’s certainly motivated: In 2016, his compensation almost doubled.

In the process, Easterbrook has us calling McDonald’s a word we haven’t associated with the brand for a very long time: