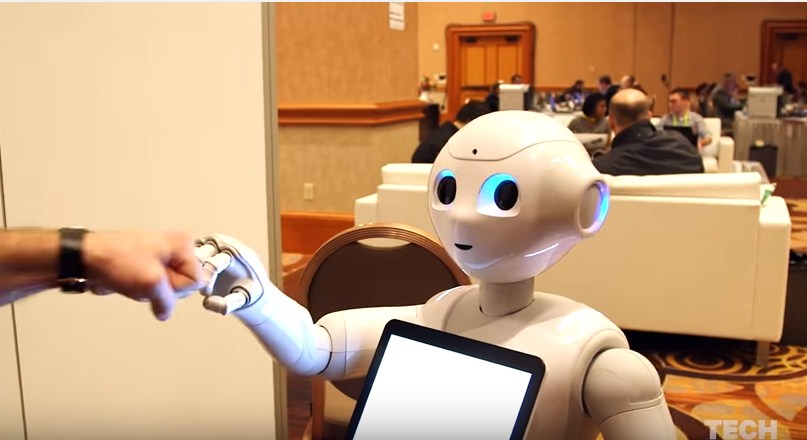 Meet Pepper, a Robot Designed to Make You Happy

Telecom giant SoftBank has developed a robot that can read and react to human emotions. It’s called “Pepper,” and it’s a humanoid robot designed to interact and live with humans in their homes. In this video, you can see what it’s like hanging out with Pepper.

Pepper is not a functional robot for domestic use. Instead, Pepper is intended “to make people happy”, enhance people’s lives, facilitate relationships, have fun with people and connect people with the outside world.

SoftBank and IBM envision Pepper as a teaching assistant or nursing aide, or working in self-service and retail environments.

Here’s another video of Pepper talking about herself, and what you might find interesting is that in Japan, it’s already used for interactions with customers.

Plus she does fist bumps, how cool is that?