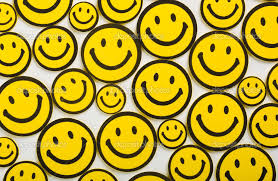 Morrisons customers out-tweet Waitrose for happiness, but Topshop beats them both

Customers have been tweeted Topshop into first place in the latest monthly study into online shopping by SpectrumInsight.

February’s statistics reveal that Morrisons is still impressing consumers while Waitrose’s woes, which started during the run-up to Christmas, have continued.

The SpectrumInsight study analysed highly positive and negative emotional content, including happiness, anger, disgust and contempt of real-time tweets covering online deliveries and click and collect services between 1 and 18 February, 2014. Twitter is ideal for gauging public opinion on this issue because users not only reflect the profile of online shoppers but also increasingly use the same devices for both.

While Topshop benefits from delivering products that consumers look forward to receiving significantly more than groceries, it is clear that the brand is using smart tactics to woo online customers far better than their grocery counterparts.  Free deliveries, for instance, are especially popular with Topshop customers and were a major reason for the company’s high rating during February when consumers were still feeling the pinch after Christmas. Mark Westaby from SpectrumInsight explained: “As supermarket sales of non-food items are being hammered by online retailers a key question that inevitably arises is what the supermarkets might be able to do to hit back as the likes of Topshop and Argos grow their digital businesses.

“One obvious answer given these latest SpectrumInsight findings into consumer happiness with online shopping – or lack of it where most supermarkets are concerned – would be to start to get the basics right.  At the moment the only supermarket that seems to be delivering, in all senses of the word, is Morrisons; and even they use Ocado to do it for them.”

So what does this tell us about customer experience?  First, it is becoming increasingly clear that in many instances supermarkets are failing to meet basic customer requirements for online shopping, which are to deliver what customers have ordered, with minimal substitutions, at the time they have promised to deliver them.

Second, it is also becoming clear that supermarkets will have to lift their marketing game if they are to compete with non-food retailers whose online businesses have already taken a big chunk of in-store sales from them.

The major UK supermarkets are having to fight on a number of fronts to meet challenges posed by cheaper rivals such as Lidl and Aldi, but another front they cannot afford to ignore is a better customer experience for online shoppers; and as rumours spread that Amazon is about to enter the fresh groceries delivery market even the reputation of Waitrose cannot be taken for granted.