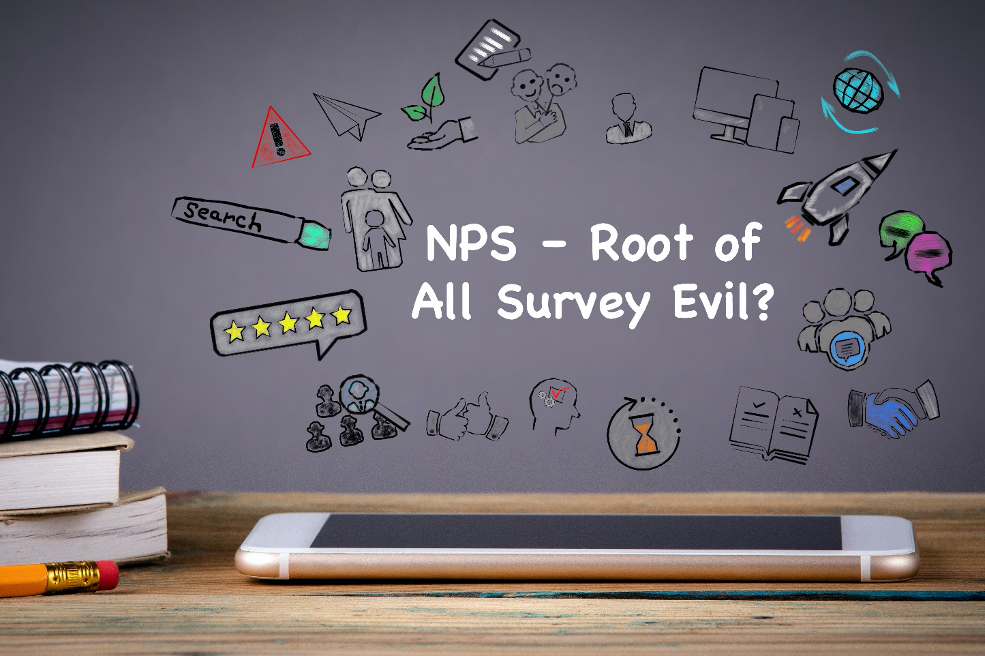 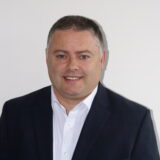 Nick is a Customer Experience Expert, Specialising in operationalising customer insight, and supporting change management across a range of industries including Retail, Hospitality, Travel, Financial Services, Automotive, Public Sector and Pharma. Nick is both a certified member of the Market Research Society and a CCXP.

Net Promoter Score – the root of all that’s wrong with customer surveys?

Well actually no!  We must remember that Net Promoter Score or NPS for short is one of the forefathers of today’s short, intelligent and low effort surveys.  Without which, many businesses would still be struggling to embed the importance of customer feedback in their organisations. The sheer simplicity of NPS meant that from C-Suite to Store the entire organisation could understand how the score was calculated.  Board of directors love a number to chase – but I will get to that later.

For those who are not familiar with NPS; way back in the last millennium, during 1993, Fred Reichheld with Rob Markey developed the Net Promoter Score by sending 20 distinct questionnaires out to thousands of customers in different industries. He and his research team found that one question stood out when correlated with propensity to buy and the advocacy behaviour of those customers.  In 2003 both Bain & Company and Satmetrix adopted the measurement as a way to predict customer loyalty and the rest is, as they say, history!

The Question itself is: “How Likely is it you would recommend us to a friend?” *

However, it was not the question but the way in which the response was captured and the score calculated, which was revolutionary. By understanding customer behaviour when presented with a scaled response; NPS tackles the human tendency to be more outwardly positive; where a respondent may rate differently to the way they might actually feel. Whilst Reichheld identified that respondents could be grouped into 3 categories, Detractors, Passives and Promoters these were not evenly distributed.  The scale is significant, and the use of an 11point scale from 0-10 is built around this behavioural psychology:

Detractors – customers who gave a score of 0-6 are considered dissatisfied with your company and are more likely to discourage others not to use your brand’s products or services.

Passives – those who scored 7-8 are actually considered as passive.  They are neither unhappy or particularly happy with their experience, but are unlikely to proactively promote your brand.

Promoters – those who scored 9 or 10 are likely to actively recommend your brand to others.

Companies use the score to measure individuals – which is a problem!  As a result, for many organisations NPS fails to provide a clear or obvious route to action – and it never will! It was not designed, according to Fred Reichheld’s ‘The Ultimate Question’, as a measure of an individual employee but as a benchmarking tool for loyalty to a company/brand.

As a result, it is hard to link NPS to a direct improvement in performance; yet it is so often linked to performance KPI’s for employees – there are of course other measures to measure staff performance. But, by creating a target nobody can wholly or materially control, it has often had a negative effect when used to measure employee performance.

The inclusion of such measures in employee balance scorecards has driven the need to re-purpose NPS into something is wasn’t designed to do.

The ease of NPS was that it was a standard question, to be asked in the same way, with the same scoring mechanic, irrespective of industry, sector or customer type. However, the need for businesses to link the measure to a tangible outcome has meant many re-incarnations of the question text to a point where it has a materially different impact on the response.  Whilst still using the 11-point scale and scoring mechanic or even going as far as representing the score as a percentage. Shock Horror!

OMG! I have seen some surveys apply the 11-point scale to every question in the questionnaire; to which any knowing respondent will constantly score 7, just to pass the time and antagonize the poor researcher trying to find that one nugget of insight in the melé of drivel collected!

Simple light touch surveys do help identify the proverbial ‘Wood from the trees’ but in many ways the use of structured questionnaires with pre-coded responses restricts the measurement and the survey simply delivers the expected result.

However, no matter how poorly the use of NPS across voice of customer programs has been applied, the intention of finding a measure which helps organisations understand, and improve, their customer’s experience is a huge positive.

The methodology has evolved into more practical applications of the metric such as Net Easy, Customer Effort Score and Net Satisfaction to name a few and this re-purposing of the question has undoubtedly had a positive influence on how companies respond to customer feedback.

The use of voice and video capture is now enabling true sentiment and emotion to be shared as part of the feedback.  This might shorten the time it takes to respond meaningfully, but unless the right technical solution is used, can mean the interpretation of comments is more difficult; essentially, businesses will always crave hard and quantifiable numbers.

Appreciate NPS for what it is intended to be and optimize its potential. NPS is absolutely not the root cause of the issues in customer measurement, but its misinterpretation and misuse has tarnished its own, once shiny, reputation. Used well, in line with its original instructions, NPS allows businesses to benchmark themselves against both direct competition and other sectors/industries in a way no other measurement can. Helping identify the best and poorest perceived customer experiences was its raison d’etre and properly implemented can still deliver when measuring the impact of brand loyalty.

For further reading about NPS: