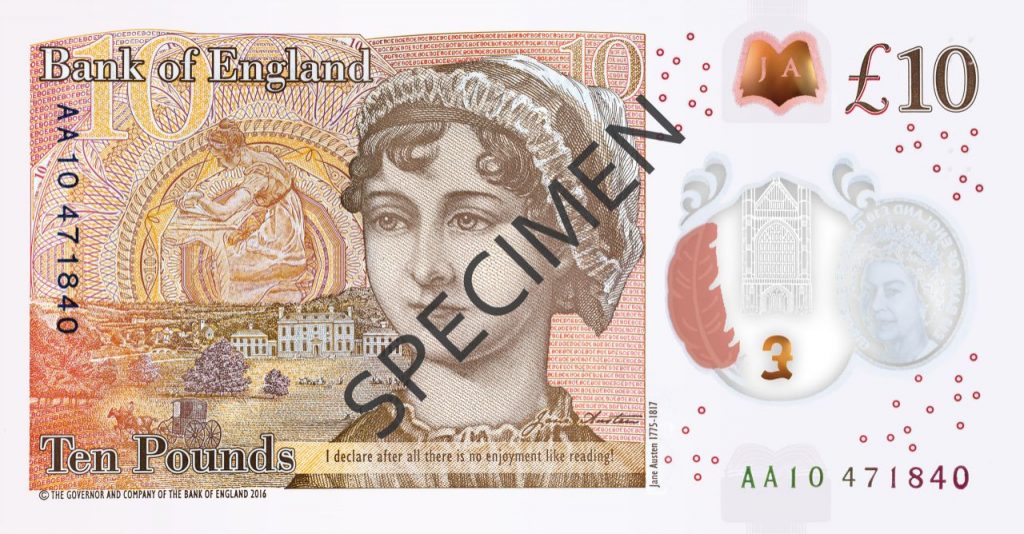 A new £10 polymer banknote is set to be released to the public’s purses on Thursday, but experts are encouraging shoppers to look out for notes with special serial numbers which could end up being collector’s items.

Commemorative currency experts, Change Checker, said that notes which include key dates related to the author Jane Austen – who features on the new tenner – in the form of serial numbers are likely to be of particular interest to collectors.

However, Change Checker noted that while these will likely become popular with collectors in the future, it could be many years before notes with these serial numbers enter circulation due to the huge amount of possible combinations that would come before ‘JA’. Other banknotes that are likely to interest collectors are those that were first off the printing press. The very first of these which will carry the code AA01, will likely be most popular, Change Checker said.

When the polymer £5 notes were released, prefixes started at AA and there were 60 notes on a sheet, named AA01- AA60. For each these cyphers there were 999,000 serial numbers printed, yielding a whopping 59.9 million notes.

Due to the larger size of the new tenner there will be 54 £10 notes per sheet, but this still throws up a lot of combinations for shoppers to keep an eye out for.

The rest of the AA prefix notes will be interesting to collectors but not necessarily worth a huge amount, Change Checker said, but added that some of polymer £5 notes featuring Winston Churchill did sell for around £20 last year – four times their face value.

After the rush to find the AK47 and James Bond 007 serial numbers when the plastic fivers were printed last year, Change Checker said these will likely be popular again with collectors.

Consecutively numbered notes are also worth looking out for, it said, with one man once sold three consecutive AA01 notes for £456.

Some banknotes will be held back from circulation, with the Bank of England donating some of those with the earliest serial numbers to those involved in the development of the note or who traditionally receive a note when a new series is issued.

The Bank of England is due to hold an auction on 6 October, offering the public a chance to own some of the earliest serial numbers, as it did when the new £5 note was printed. The auction raised £194,500 for charities, but the notes set buyers back a significant amount.