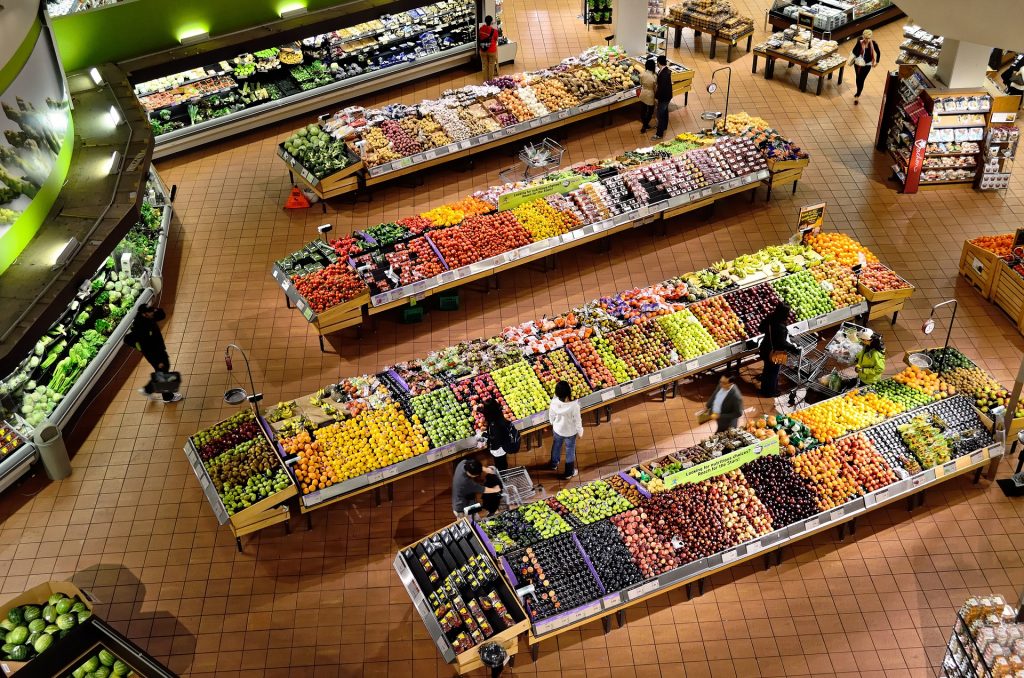 Ocado shares jumped by as much as 9pc this morning on the back of hopes the online grocer could secure a technology deal with Marks & Spencer.

The Sunday Telegraph reported that Ocado and Marks & Spencer were mulling a partnership as a way for the high street stalwart to launch online grocery deliveries.

It is understood the two companies plan to start talks in the coming weeks following years of resistance from M&S to enter the food delivery sector. M&S is considering Ocado as just one option to meet online customer demand for its popular ranges of upmarket food.

The move would follow Morrison’s recent online overhaul in which it has struck a wholesale offer with Amazon Fresh and renegotiated its contract with Ocado to allow it to pick produce from its shops. Insiders believe the latter option would work well for M&S which is focused on making any online offer as economical as possible.

“It is worth noting that the renegotiated agreement between Ocado and Morrison did relax the exclusivity restrictions with respect to whom Ocado can work with – M&S is now a possible partner whereas it would not have been a year ago.”

M&S has previously been reluctant to offer food deliveries as its customers buy fewer products than shopped at larger supermarkets, which have also struggled to make money from online shopping.

However, the popularity and strength of M&S’s food ranges and the evolution of online options has prompted a rethink by Steve Rowe, who took the reins last year.

A tie-up between Ocado and M&S would also reunite Sir Stuart Rose and Mr Rowe. Mr Rose, now chairman of Ocado, was at the helm of the bellwether retailer from 2004 to 2011, whilst at M&S Sir Stuart also explored a full takeover of Ocado, before the online grocer listed on the stock market in 2010. Ocado is now valued at £1.7bn, making a full takeover unlikely.

Bruno Monteyne, analyst at Bernstein, said that he expected a “store pick” solution to be the most likely option for M&S rather than using Ocado’s large warehouse fulfillment centres.

“Typically M&S customers shop smaller baskets, serving customers in the ‘something-for-tonight’ or ‘top-up’ shopping missions rather than the ‘main shop’,” Mr Montyne said. “The economics of central fulfilment are hugely in favour of bigger baskets.”

Mr Monteyne added that the profitability of a deal with M&S could boost Ocado by just £2m to £4m in the medium term. “This could be significantly lower if there was a competitive bid process with other players vying to provide an in-store pick solution for M&S”, he added.

Mr Anstead at Barclays added that he questioned “whether Ocado’s technology would be cost-efficient for M&S – especially since its smaller range of circa 7,000 lines might not require such an elaborate solution”.

“Ocado is also building a store-pick model for Morrison, but whether that would work for M&S is also questionable, given most of its stores are relatively small with narrow, crowded aisles,” Mr Anstead added. “Nevertheless, it clearly makes sense for M&S to at least have a discussion with Ocado given its expertise.”

Meanwhile, analysts at Credit Suisse said that they believed a supply agreement with Ocado “similar to the Morrisons / Amazon deal is the best case scenario for both companies.”

“M&S’s range is too narrow and its basket size too small to offer a credible standalone online grocery service – a ‘white label’ deal (like Morrisons) does not make sense to us. However, listing M&S products on Ocado’s website does”, they said.

Separately, Ocado has also announced that it has signed a new agreement with garden centre chain Dobbies to provide next day delivery service next year.

Nicholas Marshall, chief executive of Dobbies, said that the potential for the deal was a “brilliant opportunity” for the retailer.

“Online, excluding food, is now approaching 40pc of UK retail sales and rapidly growing. Yet, online garden retailing is just a few percent. The garden centre industry is at least ten years behind the rest of the retail.”

“We are pleased to announce this agreement which will enable Dobbies to launch a new online service for their customers, powered by our technological and logistical know-how”, added James Matthews, managing director of Ocado general merchandise.