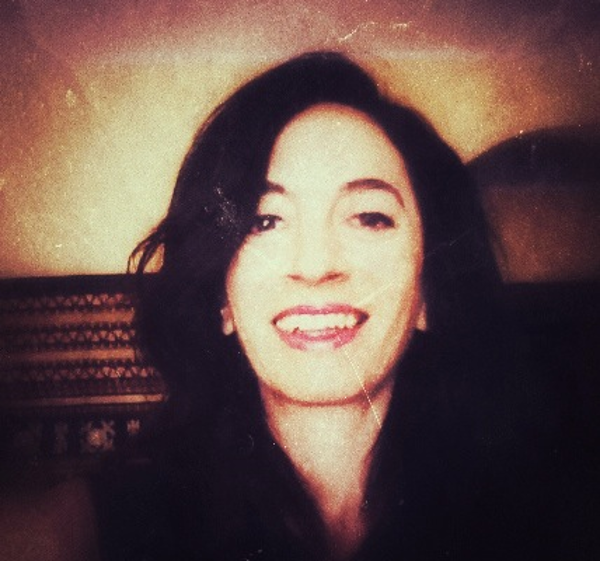 Sometimes in life we need a little push in the right direction to help us realise our goals or follow our dreams.

In some cases that push is a gentle nudge, while in others it’s getting shoulder-charged by a New Zealand All Black.

For freelance Customer Experience consultant Paola Rimini, it was most definitely the latter.

The wake-up call she came face-to-face with a year ago was the kind that no-one wants to have to be told.

That wake-up call was cancer.

Originally from Milan, Italy, and now carving out a successful career in London, Paola’s time in the UK did not have the most exciting of beginnings, taking on general shift employment upon arriving in 2013 after leaving her home country due to a lack of opportunities.

The role as a waitress was far from what she really wanted to do, but at this stage that goal had yet to be solidified.

Although waitressing was a useful way to hone the skill of customer interaction, Paola’s previous work in Customer Experience roles back home in Italy was nagging at her in the back of her mind.

That voice was suggesting that perhaps she could be more, but the daily grind of London life has a way of blunting ambition, and she did not fully face the possibility that a worthwhile career in the field might lie ahead.

That is until deep personal difficulty torpedoed its way into her life, forcing an eventual ‘now or never’ moment that altered her career path forever.

Paola told CXM: “When I moved to London, I didn’t have any job lined up, but it was better than back home, which was experiencing a huge crisis in the labour market.

“I decided London would be a new adventure, and I did it without having any friends or family in the UK to rely on once I arrived.” Explaining how she started “from the bottom” with her waitressing work, it was doing this that brought Paola into regular contact with customers.

“I really enjoyed this, but it wasn’t far from the Customer Experience specialist role that I would eventually step into.

“There was a real sense of satisfaction in making customers feel happy and wanting to return. Subconsciously I was forming my future career and I didn’t quite realise it.”

Paola eventually moved onto office jobs, away from the customer coal-face, and it might have been the end of that burgeoning passion had she not been struck with terrible news.

Following visits to her doctor, tests confirmed Paola had breast cancer, and she was told she would need a mastectomy to survive.

Describing the mental blow, she said: “When I received the diagnosis it was obviously a shock, but even at that point, I was determined not to let it bring me down.

“To cope, I began imagining a new life that awaited me after surgery, and eventual recovery. I was forced to use my resilience to stay focused on my future, taking one step at the time, recovering first and figuring out what I wanted to after that.”

Eventually, amid the bleakest of circumstances and the toughest of mental and physical challenges, a thought began to surface in the sea of worry – a clear goal inspired by her previous work.

“I thought to myself, that when I recover I’m not going to waste another second; I want to help customers – it’s my passion, and I want to make it my full-time role,” she said.

“It really was like an illumination. I just knew that if I wasn’t working towards helping customers, then I don’t want to work.”

Thankfully, after a gruelling two operations within the space of three months – including the mastectomy – Paola was given the all-clear.

She left hospital with a newfound purpose, one that led her to set up her own consultancy business, which is now flourishing.

“Looking back now I think I was like a hamster on a wheel, just running and running, and never getting anywhere. The cancer came and pushed me off the wheel, and I would have just climbed back on and begin spinning again, but I decided instead to say no.

“Instead, I focussed on what I knew I wanted to do – engage in my passion to work with customers. CX was the perfect role for me, linking my knowledge and experience.

“Now, instead of running on the spot in that wheel, I’m running and actually getting somewhere.

“As people we are prone to procrastination, and I just wish it was something less serious that made me realise I needed to change. I just hope that anyone reading this will see that they can go for their goals without having to face what I did. Just do it.”

With her trauma firmly behind her, Paola is now 100 percent devoted to her passion, helping companies create exciting, dynamic customer strategies.

“I want to help firms deliver a ‘wow’ experience for their customers, using the motto ‘give value to your customers and they will return it’.

“I might not be where I am today had it not been for the horror of cancer, so I would urge anyone reading this to follow those dreams now, without needing such a dramatic push in the right direction.

“You will not regret it.”