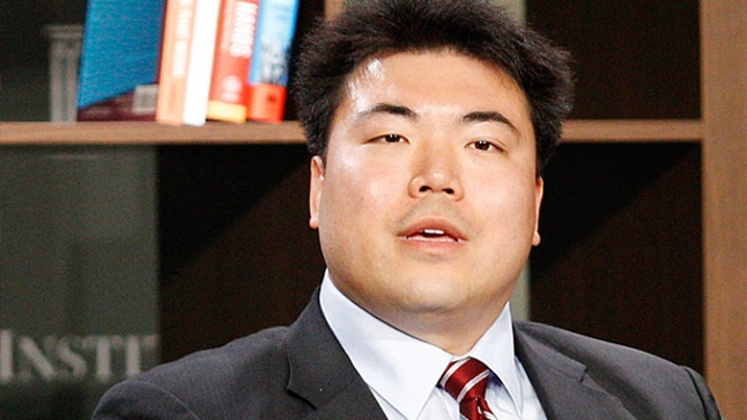 Colin Fan, the former co-head of Deutsche Bank AG’s investment banking and trading unit, is joining SoftBank Group Corp., according to a person familiar with the situation.

Fan, 44, once a top deputy of former Deutsche Bank Chief Executive Officer Anshu Jain, resigned from the bank in October 2015 during a management shakeup by new CEO John Cryan. Fan and Matthew Nicholson, a spokesman for SoftBank, declined to comment.

Masayoshi Son, the founder of Tokyo-based telecommunications and tech firm SoftBank, has hired several former Deutsche Bank executives to help run his $93 billion Vision Fund, which will make technology investments. The venture last month closed the first round of funding and has raised money from the sovereign wealth funds of Saudi Arabia and Abu Dhabi, as well as Apple Inc.and Qualcomm Inc.

It’s unclear what exact role Fan, who has no known experience in technology investing, will play at SoftBank. Rajeev Misra, who built Deutsche Bank’s credit derivatives business, is SoftBank’s head of strategic finance and a member of the fund’s investment committee.

Nizar Al-Bassam and Dalinc Ariburnu, two former executives at the German lender, helped SoftBank with its $3.3 billion acquisition of Fortress Investment Group LLC and will continue to advise the firm. They work with Deutsche Bank’s former head of asset and wealth management, Michele Faissola, at their firm Centricus, which was previously called FAB Partners.

The Vision Fund, which is run out of an office in London’s Mayfair, has already said it has the right to purchase some of SoftBank’s past investments, including OneWeb, U.S.-based online lender Social Finance Inc., U.S. chipmaker Nvidia Corp. and a 25 percent stake in ARM Holdings Plc.

Fan led trading businesses in equities and credit at Deutsche Bank before rising to co-head of the firm’s investment bank in 2012. Fan, who was born in Beijing and is a graduate of Harvard University, joined the lender as a credit trader in 1998.

Last year, Deutsche Bank reviewed a 2009 deal involving Fan over whether bank employees improperly traded with the firm. Fan was one of six employees who participated with personal investments alongside a hedge fund in a trade that sought to profit from differences in prices of credit indexes and the underlying debts that compose them, according to a person familiar with the situation said at the time.

Fan stood to reap $9 million on a roughly $1 million investment, another person said last year. A spokesman for Deutsche Bank declined to comment.