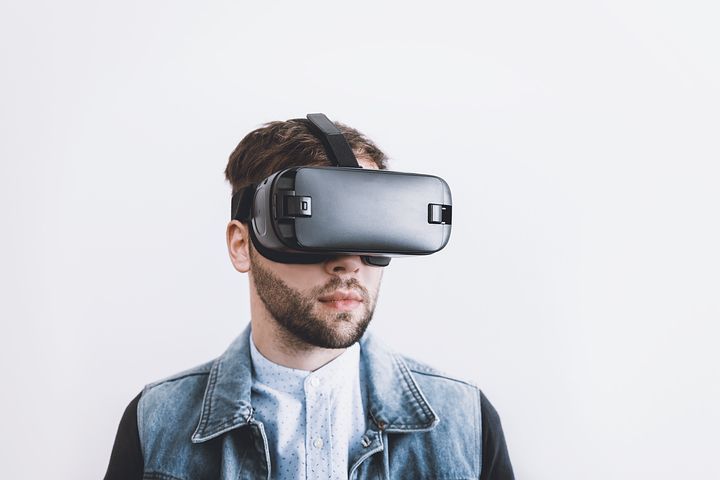 Customer relationships with brands continue to evolve, based upon changing expectations, and desires, and impacted massively by the speed at which ecommerce develops.

The ability to buy almost anything, quickly online, has altered the brand loyalty that used to be built up by visits in store.

Exacerbating this instability, the past year has seen the decline and fall of many household names, including Maplin and Toys R Us. House of Fraser announced 30 store closures, and Marks and Spencer, Debenhams, Mothercare, and Carphone Warehouse have been the subject of ominous profit loss reports and quick-step restructuring and branding initiatives. All of this has created an unease and negativity around the future of the high street. However, perhaps it is just further evidence that the high street is, and should be, evolving.

So what can retailers do about this challenge?

What seems to be separating those brands that are managing to stay relevant is a willingness to enrich and evolve the physical experience of their brand, through ‘experiential retail’ approaches. The experiential retail movement might be thought of as a new wave of innovative experimentation by retailers that takes their bricks-and-mortar stores beyond being merely a point of transaction. Through experiential approaches, traditional shops are being reconceptualised as hubs for immersive experiences, meeting places for vibrant communities, and even unique event spaces.

As if to underpin the above evidence that despite the remarkable rise of ecommerce, consumers actually crave sensory-rich physical shopping experiences, experiential spaces are not only being embraced by pre-internet established brands. For example, ecommerce giants such as Amazon, realising the value of providing tactile ‘real world’ experiences, are heading in the opposite direction with the establishment of bricks-and-mortar shops.

Some impressive recent examples reflecting this trend include FarFetch’s new London store; John Lewis’ ‘experience desks’; and Ikea’s Facebook competition to stay the night in one of its vast warehouse outlets with a sleep expert.

The above examples show that in the digital age, those prospering on the high street are the ones brave enough to think outside the conventional box. To create deeper, more imaginative, and immersive Customer Experience that incentivises people to step away from their laptops and smart devices, and step into a store where the promise of human-centred interaction, value exchange, community building, or just plain fun, awaits them.

Some recent fantastic examples of experiential retail include:

Farfetch’s new London store. Customers can be recognised as soon as they step foot in the store via an app connected to their online shopping account – providing assistants with an instant overview of purchasing history and preferences.

In addition, RFID-enabled clothes rails are able to detect products that interest customers, and have them added them to their online wish list. And touch-screen mirrors enable customers to request alternative sizes, as well as paying up without leaving the dressing room.

A truly innovative example of how the convergence of online and offline can take customer personalisation to the next level.

The high street brand that never puts a foot wrong, John Lewis, recently carried out a revamp of its store design, to include ‘experience desks’, where concierges are on-hand to book special services such as blow dries and manicures for shoppers in-between their retail therapy.

In addition, at their new Cheltenham store, the brand have been trialling a private shopping service that will give customers the shop floor all to themselves (providing your bill tops a cool £10,000, that is) with staff available after normal shopping hours to serve individuals, groups of friends or families.

A great example of a brand using experiential marketing to create one-of-a-kind events. Fulfilling the mundane fantasy of many a flat-pack furniture shopper, Ikea set up a Facebook competition where 100 winners were invited to stay the night in one of its vast warehouse outlets.

Customers were able to luxuriate with massages and salon services, as well as pick out the mattress, sheets and pillows they wanted for a perfect night’s rest.  A sleep expert was even on hand with tips for getting a good night’s sleep.

Back in 2014, Topshop ventured into the world of immersive tech to create something a little bit different for London Fashion Week. Shoppers in their flagship Oxford Street store were able to don special headsets and ‘take a seat’ for the retailer’s catwalk show taking place at the Tate Modern – in 360 degree virtual reality.

And more lately, in the spring of 2017 Topshop decided to re-dip their toes in the water (pardon the pun) of experiential playfulness with a virtual reality waterslide ride taking customers on an adrenaline-fuelled journey through Oxford Street.

Ultimately, retailers understand that they still need relationships with customers, and loyal customers are still worth investing in. The development of experiential retail has given the high street armoury to re-engage customers, and give them a reason to come in store. Those brands providing brave, exciting, immersive experiences will shine head and shoulders amongst the rest. 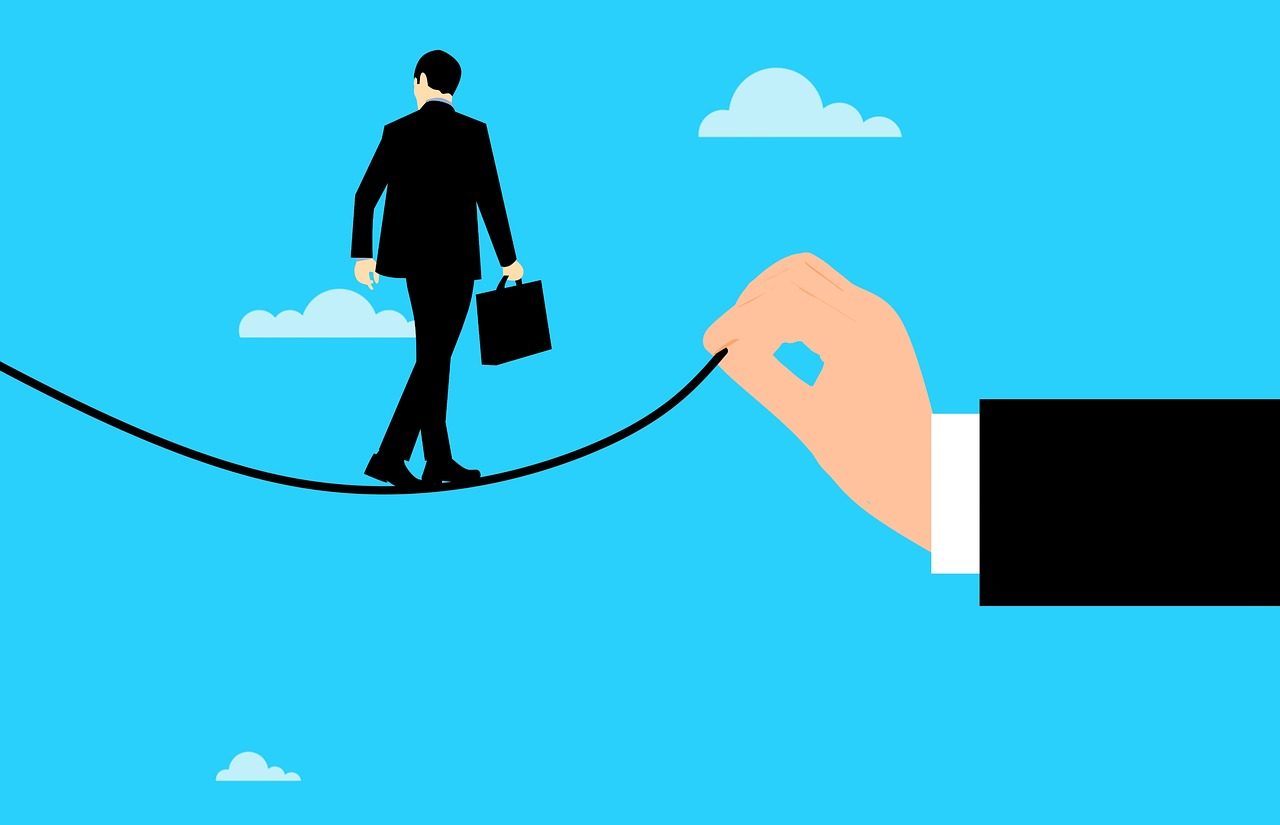 Mastering the balance between exceptional Customer Experience and data protection legislation isn’t easy, and many businesses are unintentionally teetering on the edge.

Ironically, in a bid to meet customer needs with hassle-free digital services, some companies have missed the regulation mark with 200,000 reported GDPR breaches and fines totalling €55.9 million, so far. Walking the line between compliance and delivering great customer experience takes skill – brands must identify and stick to the perfect middle pathway; starting with a clear understanding of the factors that can send them off course.

Efficient services are vital in the digital age; customers want experiences to be fast, simple, and streamlined. In fact, 26 percent will abandon online checkouts if processes are too complex. But companies focusing solely on convenience are putting themselves at risk of not only breaching regulation but also losing the trust of their customers.

While convenience matters, it shouldn’t surpass compliance and choice. A recent investigation by brand comparison site Which?, found a number of potential regulation breaches in e-receipts. By providing opted-in paperless proof of purchase, brands sought to improve customer experience, providing an instant buying record that enables easier returns or exchanges. However, the inclusion of unwanted marketing messaging in the emailed receipts, for which retailers had not received consent, meant many were breaking the rules of GDPR law and seemingly ignoring customer preferences.

Following laws such as the GDPR is non-negotiable if firms want to avoid sizeable fines and reputational damage. The companies that embrace regulations will reap the rewards by demonstrating their dedication to protecting consumers’ data and will have a much greater chance of building lasting confidence and relationships: 84 percent of consumers cite good data security as a central factor in spending decisions. However, the introduction of safety measures and privacy protection can sometimes become obstructive itself.

As noted by Jeff Bell, Forbes Technology Council member and CEO of LegalShield, “excessive regulation leading to poor customer service” is high on the list of potential unintended GDPR consequences. For example, trying to mitigate all consent issues by installing a different opt-in widget for every single cookie is more likely to leave consumers feeling exasperated than empowered. Not to mention causing disruption to their journey that could result in negative brand perception.

And it almost goes without saying that extreme action such as blocking EU site visitors is a one-way ticket to loss of audience; the Chicago Tribune, for instance, has blocked all European readers from seeing its content since the GDPR arrived, an approach that can be seen used across a variety of US publishers and ecommerce sites.

Usability is the key lesson here. Companies must aim to build robust data defences that effectively mitigate privacy risks, without making it impossible for customers to get through.

Equilibrium: the answer to the ultimate Customer Experience

The value of CX is self-evident; amid increasingly tough competition and rising acquisition costs, success belongs to those who forge the deepest personal connections. But recognition of the most critical element remains limited: maintaining a consistently even balance. If businesses want to create memorable journeys and impactful interactions that fuel positive results, they need to provide the right blend of speed, simplicity, and data security.

Of course, the ideal mix varies for each brand. Among the best examples of current leaders is IKEA; despite famously poking fun at the GDPR, the company still sent out opt-in emails to ensure sustained contact with existing customers, and continuously uses data well. Drawing on fully consented membership insights, it highlights genuinely relevant discounts and provides unexpected yet impactful bonuses, such as in-store café freebies.

What every organisation must remember is that while convenience might attract customers, measured compliance is what makes them stay. So, there should always be two core components in place: clear and efficient data options that are easy to use, and holistic insight management. Only by unifying the information customers share can companies gain the full 360-degree view needed to define each individual’s ideal experience and deliver it.