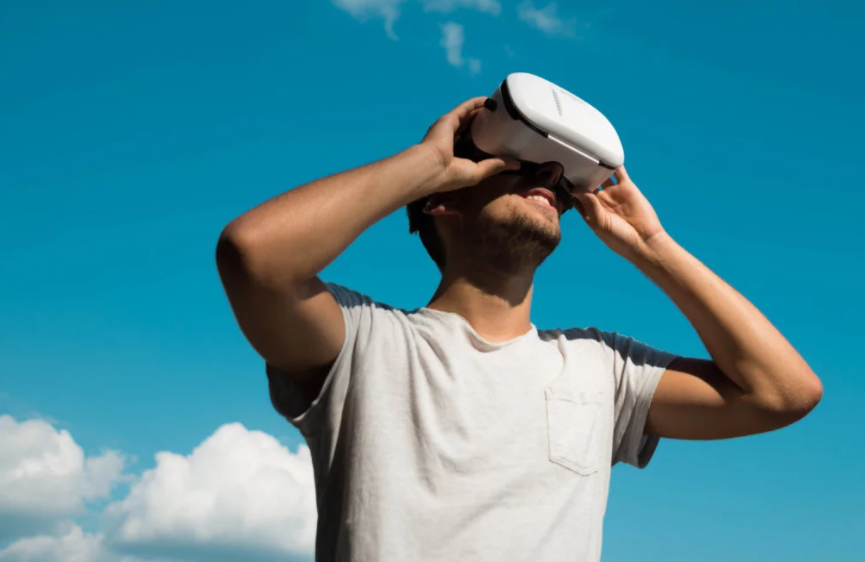 Take Me Away and Let Me Dive Into Virtual Reality

One in five Britons wants to live in a virtual-reality fantasy land. A survey of 1,000 people, by social virtual reality platform Geekzonia, finds that the main drivers for the U.K.’s appetite for escapism are:

Virtual reality (VR) is a 3-D, computer-generated environment in which a person can “explore and interact.”

“It has the potential to make people feel invincible. But it also allows them to meet like-minded people from around the world without needing to leave where they live or work.

“The level of connectivity and surreal experiences VR provides enable us to escape some of today’s harsh realities.”

Virtual Reality Has a Role in L&D

“VR can place learners within a lifelike context, get them to focus on tasks and provide a multi-dimensional learning experience where all the senses are truly engaged.

“Among other things, this reduces real-world distractions and, thus, helps learners to focus on their learning.

“VR’s ideal for immersive training applications where there’s a benefit in the learner being within a particular context.”

VR comes in various formats, but the main two are:

The most common way of using VR is with an app (Android or iOS) that learners download onto their smartphones. You can also access VR online to a headset by a link. Mohapatra said:

“The primary challenge is that VR headsets aren’t part of the learner’s usual kit, so you need to supply them to your audience. However, with headsets becoming more economical, the costs for mass deployments are falling significantly.”

“VR isn’t new, but it’s only relatively recently that VR has become mainstream within L&D. Yet many L&D professionals are cautious about adopting serious games, immersive learning and VR, believing these will be a hard sell to their organization’s decision makers.”

But Patterson believes that this view’s outdated for reasons such as:

“VR conveys both feedback and freedom to fail. The attraction of such a learning environment that’s visual, kinaesthetic and auditory is compelling for talent development programs.”

“Learning in the environment where it will be applied greatly increases retention rates and engagement.”

“A simulation can provide authentic and relevant scenarios, make use of pressure situations that tap users’ emotions, and force them to act. They provide a sense of unrestricted options and they can be replayed.”

“I see games playing a huge part in the future development of VR, with opportunities growing for learning games to be built for VR environments.”

Patterson predicts that three segments for VR will emerge in the L&D/skills space:

“In the compliance field, VR adds a reality beyond video and turns a passive learning experience into an active one,” says Patterson. “VR has the capacity and capability to transform how compliance-led e-learning is delivered.

“VR is now a mature, stable and increasingly affordable technology which retains the ability to dazzle learners. With VR, L&D has the chance to introduce that ‘wow’ factor into the organization.”

You can also mix VR the real world – and this is known as “augmented” or “mixed reality.” Some VR headsets allow users to see the real world while being in an immersive VR environment, using a smartphone’s camera.