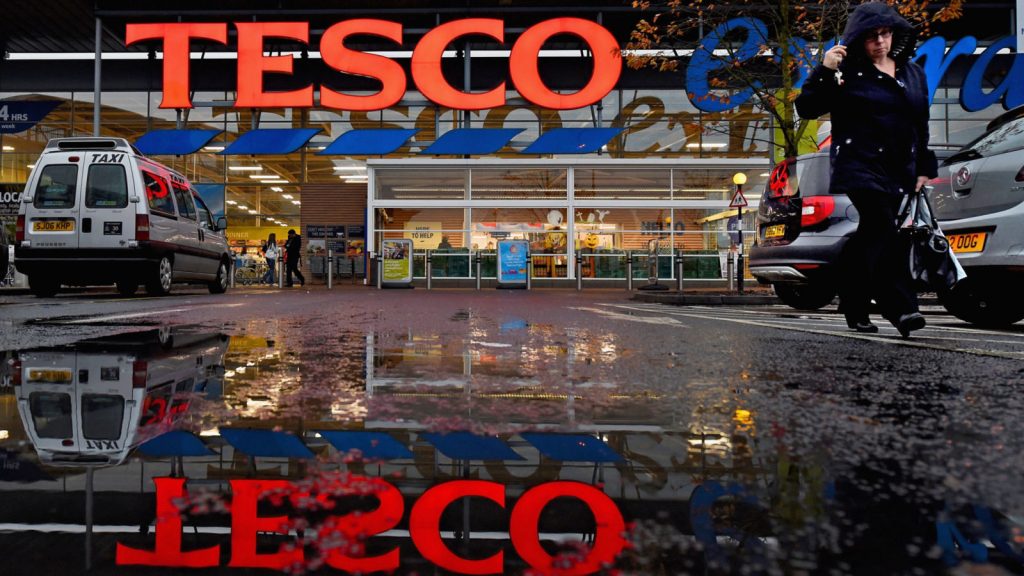 The supermarket giant reports figures ahead of City expectations in the latest sign of improvement under boss Dave Lewis.

Tesco has reported its best quarterly sales growth in seven years as it said it was holding back inflation pressures to keep prices down.

Tesco reported a 2.3% rise in UK like-for-like sales for the 13 weeks to 27 May – the latest sign of the turnaround under Mr Lewis after he became a boss in 2014.

It was the sixth consecutive quarter of growth and the best performance since the third quarter of the 2009-10 period, beating City expectations. Shares rose 3% in early trading though the gains were later erased.

Mr Lewis said: “This is a good start to the year.”

He said customers had responded to the focus on price by doing more of their shopping with Tesco, with sales volumes growing particularly strongly in fresh food.

Retailers are under pressure as consumers are squeezed by rising inflation and stuttering wage growth, while the post-Brexit vote slump in the pound drives up their costs.

Mr Lewis said the supermarket giant had been “working closely with our supplier partners to keep our prices low”.

Last year the group briefly fell out with Unilever – the company behind products such as Marmite and PG Tips – over the consumer goods giant’s plans to increase prices.

Meanwhile, Mr Lewis batted off reports of unrest – ahead of Tesco’s annual general meeting later – over a £142,000 sum paid by the company in stamp duty and legal fees for him to move closer to the company’s Hertfordshire headquarters.

He said help with these relocation fees was the same as would be offered to any other store manager.

The trading update comes after official figures showed a worse than expected fall in retail sales in May as shoppers tighten their belts in response to the squeeze on wages.

But the data suggested supermarkets are faring better than non-food stores, as households focus on essential purchases – though they face fierce price competition from the likes of Lidl and Aldi.

Earlier this year, Tesco reported its first rise in annual sales for seven years, though profits took a tumble as it counted the cost of an accounting scandal dating back to before Mr Lewis’s tenure.

In January, the supermarket group agreed to buy wholesaler Booker for £3.7bn