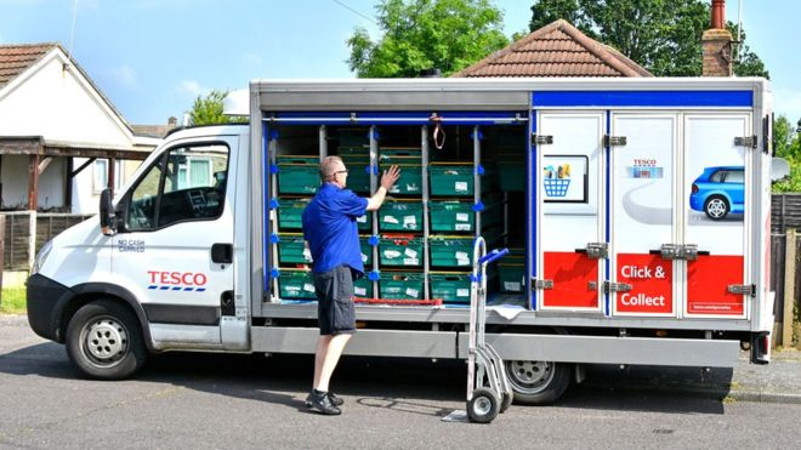 Tesco Takes on Amazon with Same-day Delivery Across UK

Tesco is launching a same-day delivery service across the UK to compete with online retail giant Amazon.

The UK’s biggest supermarket chain already allows customers in London and the South East to order groceries for same-day delivery.

Now it says it will extend the service across most of the rest of the UK by the end of August.

Customers who order online by 1pm will be able to receive their groceries sometime after 7pm on the same day.

Shoppers in London and the South East will be able to access the same-day service seven days a week. Elsewhere it will be available from Monday to Saturday.

The firm says the extended service will give it the “biggest reach of any retailer in the UK, stretching from the Shetland Islands in Scotland to Cornwall in south-west England”.

Amazon – in conjunction with Morrisons – allows some of its prime customers to receive a food delivery within one hour of ordering it.

At the moment Amazon’s service is only available in parts of London and Hertfordshire, but it too is planning on rolling out the service nationwide.

Amazon is also buying Whole Foods in a $13.7bn (£10.7bn) deal that marks its biggest push into traditional retailing yet.

Tesco and other major grocers, such as Sainsbury’s, have faced stiff price competition from the likes of Aldi and Lidl, and have been looking for ways to freshen up their shopping offer.