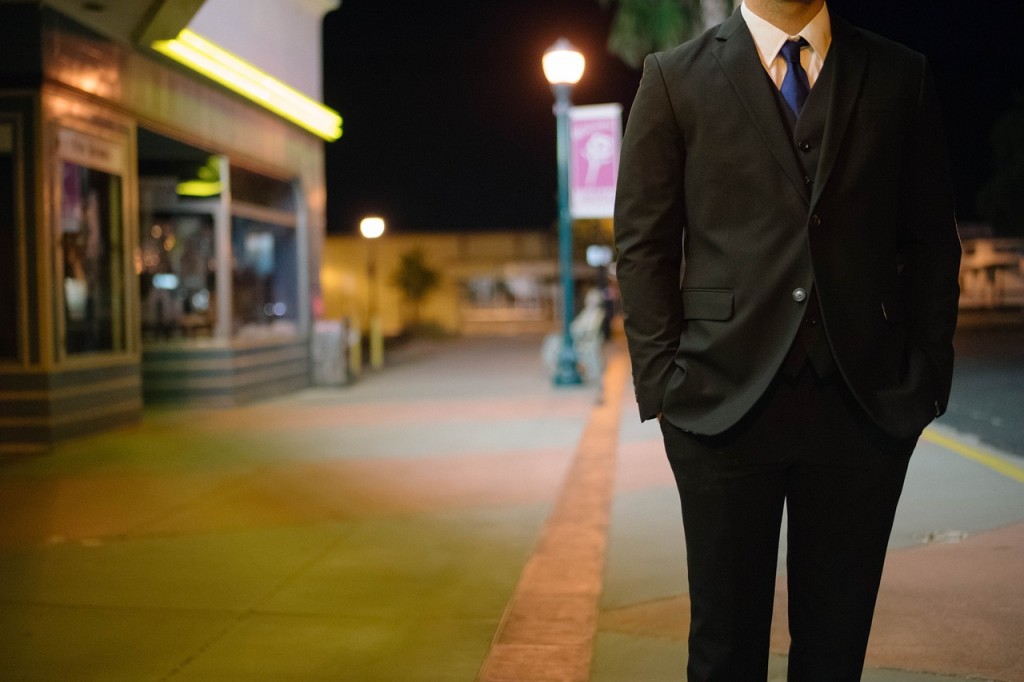 I set up Brands2Life with Sarah in 2000 in a small room in Battersea. Today I still spend a considerable amount of my week working with clients in addition to management of the business. I particularly enjoy helping pull together brand propositions and creative campaigns. Quite a few of our clients’ crisis and issues management situations come my way as well. I’ve had a really varied career starting on Fleet St when all the papers were still there. Since then I’ve worked in small and large agencies as well as in-house and management consultancy.

Many public relations experts will have sat in a planning discussion where the strategy concerning CEO communications has been discussed. What communications activities are appropriate and which audiences should he or she prioritise? Does he need to be more visible internally and/or externally? Should he show more of his personality? And, increasingly, does he need to be seen to be closer to external influencers, especially customers, via social media?

This study attempts to answer some of these questions at a high level. We’ve undertaken quantitative research amongst both UK consumers and business people and we’ve interviewed some current and former CEOs and experts on the subject.

Some ‘health warnings’ need to be made before we discuss the findings. First, we take it as read that it doesn’t really matter what sort of image a CEO projects or communications activities they undertake if the business fails to perform on a consistent basis. Second, each individual CEO will have their own view on how much visibility they think is appropriate and how much personality they wish to expose. Third, the audience priorities of a CEO running different kinds of consumer and B2B businesses may differ. There is no ‘one-size-fits-all’ prescription.

So, with those provisos, these are the main findings:

Attitudes to CEO visibility are gradually changing in the UK. There is an appetite for more exposure to the CEO, particularly amongst millennials, as, in particular, it enables them to see if they share their values and drives trust in the brand.

However it needs to be the right kind of exposure, authentic exposure, so activities such as time spent with customers and staff and involvement in good works are rated highly. There is some scepticism about CEOs who overdo media exposure and/or are seen regularly with politicians and royalty.

Unsurprisingly younger demographics want to see more involvement in social media as well. And if CEOs slip up then an increasing number of people, especially amongst the young, say they will stop buying their products or services.

Many people want to see more high-profile UK-based CEOs such as Sir Martin Sorrell and Richard Branson and a fair number of those feel that it is British reserve that holds UK-based CEOs back in this regard.

Overall the study confirms that the expectations on UK CEOs to communicate with internal and external audiences on an ever more regular basis have continued to rise and will continue to do so in the year ahead. The challenge facing each CEO is to find a level that suits both themselves and the market their organisation serves.

Matthew Gwyther, Editor of Management Today, sums it up like this, “I think the demands on the CEO these days are hardly believable, the scale of what is expected of them in terms of outward communications such as customers and staff. Let alone actually running the show.”

Ronan Dunne, Chief Executive of Telefonica (UK) says that he sees communications as his primary role,

“When I joined I stood up in front of 600 staff and said I am the Chief Cheerleader and Chief Storyteller for the organisation. Communications is a huge element of how I execute on that responsibility.”

Twenty five per cent of consumers said that the image of the CEO influences their choice of purchase. This was highest amongst 18-34 years old (37%) and lowest (16%) for those over 55 years old.

We asked both consumers and business decision-makers what aspects of CEO behaviour are important for them to like and trust the company. Authenticity and personality are highly rated and many consumers don’t mind if that makes the CEO a little outspoken.

The top rated trait for both groups was “Appearing to be interested in what staff and customers think”. Forty eight per cent of consumers cited this – twice as many as for the next highest trait.

Business decision-makers were asked what aspects of CEO behaviour were important for them to like and trust the company they work for. Sixty five per cent said “They appear to be interested in what staff and customers think”. Forty eight per cent said “They are interesting when they talk”, “They have a strong personality” (47%) and “They appear to be a real person revealing something of themselves on a regular basis in the media and elsewhere” (36%).

For virtually all CEOs today staff is the prime audience. Forward-thinking CEOs make sure they are conversing with staff at all levels as much as possible both through traditional and electronic means.

Stephen Carter, Chief Executive Officer, Informa, comments, “We are a discursive company. I would hope, if you ask colleagues around the company, they would say there is a high level of engagement and transparency with the CEO as well as the whole senior management team.”

Sir John Rose, formerly CEO of Rolls-Royce plc, comments on his priorities, “As head of a B2B company I prioritised my customers. My second priority was my employees. Early on I realised we were telling staff less than shareholders. So I spent a huge amount of time talking to the staff.”

For consumers the next four most important factors all related to the authenticity and accessibility of the CEO: “They spend a lot of time out and about meeting customers” (22%); “Seeming to be a real person, revealing something of themselves” (21%); and “Being interesting when they talk” (18%). Finally, one in five like some controversy, 20% rated “Not being afraid to speak their mind in public even if it affects the reputation of the business.”

In terms of what business decision-makers see as important CEO traits for their own customers in order to like and trust a company, 35% cited being a strong personality as being important. “Being interesting when they talk” (43%) and “Seeming to be a real person, revealing something of themselves” (36%) were also considered very important.

Sixty one per cent of consumers agree that it is more important than five years ago for CEOs to be visible and engaged and 60% think that it will become even more important in the next five years. These figures are even higher with business decision-makers – 79% and 78% respectively.

CEOs vary greatly as to how much of their lives outside work that they wish to present the general public.

Justin King, former CEO of Sainsbury’s, makes the following observation on this topic, “I spent a lot of time out with my customers. I made a decision very early on that I would keep my private life separate. I didn’t want my kids being harassed in the playground because of what I did.”

Ronan Dunne comments “Most people’s trust is defined by the people they engage with. A little bit of flavour of the individual is important. I’m passionate about sport and we sponsor English rugby so I talk about that.”

Here again, it is action not words that impresses consumers the most. We gave consumers a list of activities a CEO might undertake and asked them to rate them. “Involvement in good works” was the most positively rated (59%) compared to “Being visible in the media” (24%) and “Being active on social media” (19%). CEOs should be wary of being seen to mix with royalty and politicians” – 22% said it made them feel more negative about them compared to the 14% who said they would feel more positive.

Business decision-makers also put good works at the top of their list (77%) but they considered “appearing regularly in the media” as not far behind (64%).

Ronan Dunne has 29,000 followers on Twitter and tweets daily. He believes that his use of social media is critical, “Social media now affords a consumer-facing business the opportunity to interface directly with the consumer and the new generation of millennials, the screenagers, expect us to engage. They want to know what the business stands for and social media helps us do this.”

Businesses are more vulnerable to a negative reaction around CEO behaviour than they might think.

Higher pay has often been considered one of the most emotive CEO issues. The consumers polled were split on this issue. Forty four per cent of consumers said that they would be less likely to buy the products or services that a company offers if the CEO has been criticised for higher pay, whereas 41% said it wouldn’t make any difference.

Nearly one in two consumers (48%) say it is essential for UK businesses to have more high-profile business leaders like Richard Branson and Sir Martin Sorrell and 30% of those agreed that it can be British reserve that holds CEOs back. (39% of millennials and 52% of business decision-makers agree with this latter statement).

“I think it is down to the CEO to take the initiative if he feels his profile should be higher. Of course he should take advice but he should take responsibility for driving his own profile particularly through social channels.”

Matthew Gwyther, Editor, Management Today gives the following reasons as to why there aren’t more high-profile CEOs, “Anxiety, worry that they’ll get it wrong. It’s once-bitten, twice-shy – the media in this country aren’t that accommodating.”

Seventy five per cent of business decision-makers would like to see CEOs being more visible too. The main reason, cited by 57% of those who agreed, was that if they agree with the CEO’s values, they will feel more positive about the organisation. Three other factors also gained more than 50%: “Feeling a stronger connection with a brand if they know the CEO” (55%); “It is good to know what a leader thinks and where they want to take the business” (53%); and “Knowing about the person who runs the business incites more trust” (51%).

Consumers had strong views on this as well. Of those 48% who said it was essential to have more high profile leaders the following factors were cited: “A good leader spends time talking with customers and finding out what they think” (54%); “A good leader should not hide from his or her customers” (47%); “It is good to know what a leader thinks and where they want to take the business” (45%); and, finally, 42% said that if they agree with the CEO values then they will be more positive about the organisation.

Of those consumers (36%) who said it wasn’t essential to have more high profile leaders, 69% said “I don’t care who they are as long as they run the company well and produce good products and services”; 44% said “Their time should be spent making the company and the products better and/or cheaper”; and 36% said “I am suspicious of bosses who worry too much about their image”.

Some Tips for a New CEO

Finally we asked some of the interviewees for their tips for a new CEO.

Stephen Carter – “When you’re ready to be visible, or it’s appropriate to be visible, always be yourself. Authenticity is critical and generally sits most comfortably.”

Matthew Gwyther – “Comfort ultimately must be the right thing. You have to work out what you’re good at. Choose your opportunities carefully and take advice. Prepare yourself and try to be natural and authentic.”

Quantitative research was undertaken amongst 2012 UK consumers and 200 business decision-makers in Sept/Oct 2015. The businesses all turned over £50M+ and 51% turned over £150m+. My thanks go to Opinium Research (consumer) and Vanson Bourne (B2B) for the research and Markettiers 4DC for their support in the production of the video content.