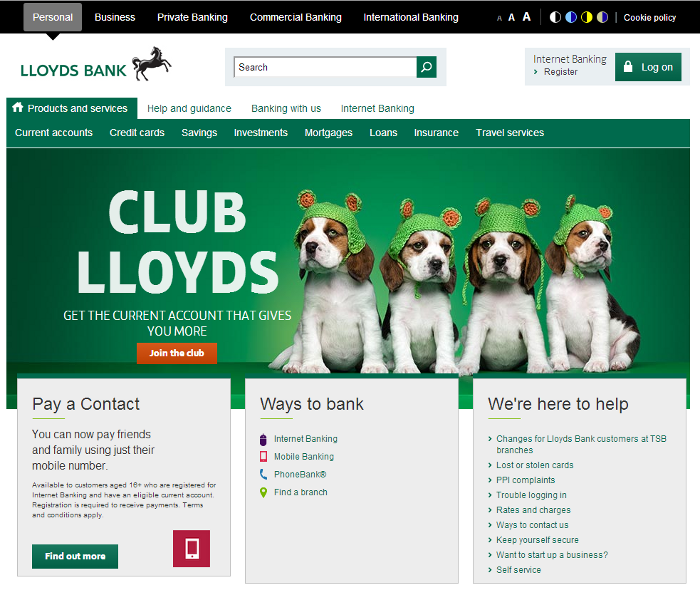 Why haven’t we all switched to First Direct?

Since the seven day account switching scheme was introduced last September, only 1.3% (600,000) of us have decided to switch our bank accounts. And although this number is forecast to increase to somewhere between three and five million over the next 12 months, the scheme hasn’t hit the banks as hard as many thought it would.

So, now that the seven day scheme has (supposedly) taken away the hassle factor, why haven’t we all switched to the bank that consistently makes customers happier?

First Direct certainly haven’t been reluctant to tell us how much happier their customers are. And you’d have to travel a long way to find a customer that’s got a bad word to say. So it can’t be because we don’t know.

Perhaps they are not enticing us in the right way? But it’s hard not to be attracted by a no-strings £100 reward for switching – and then another £100 if we decide we don’t like them.

Things could only get better
Good old British apathy will undoubtedly be part of the reason. But could another one be that our banks are actually now doing a better job?

Yes, I know what I’ve just said, but before you swear out loud, there is at least some evidence to suggest that they are.
Some of the things they are doing seem to be genuinely focused on improving our lives – and, as a result, many are offering a far better customer experience.

Take both NatWest and Barclays. Their investment in mobile banking has helped thousands of people save time, and taken lots of the hassle out of personal banking.

Natwest led the way with Getcash, which allowed customers to withdraw £100 from a cash machine using a PIN sent to their mobile. The innovation was first introduced to help desperate customers who had lost their wallets get emergency cash, but was quickly developed so customers could use it whenever they needed cash – and meant they no longer needed to be weighed down by their wallets and purses on a night out.

Barclays introduced PingIt which allows us to send and receive money using just our mobiles. PingIt and other similar services have now paved the way for PayM, a new service many of the big banks have signed up to, which allow an impressive 30 million people in the UK to transfer money to each other using just our mobile numbers. Over £1billion in payments are expected to be made in this way by 2018.

Overall, the Natwest Mobile app allows customers’ the convenience of using their mobile to make transfers and payments, check statements and balances, get cash when their card isn’t to hand and other things like find the nearest ATM. All designed with us in mind and helping us to save time in our ever busier lives.

I’d be surprised if these enhancements in mobile banking aren’t a factor in why we haven’t switched. But there could be other reasons.

Take Club Lloyds, the new current account offering from Lloyds, for example. In addition to the (please don’t leave us) 4% interest rate, Lloyds have done a good job at packaging other customer centric benefits. The Club offers customer only incentives on other banking products, cash back on a number of every day and seasonal purchases and a chance to have some of your purchases fully refunded every month. All welcome things for customers during these tough of times.
TSB have taken a more traditional approach by offering the highest current account (please, please don’t leave) interest rate on the high street (5%) – but even their local banking approach, with the promise of no branch closures and servicing local communities, is beginning to meet the needs of their locally focused audiences.

Is competition motivating the improvements?
If even some of these more customer centric initiatives have been motivated by the introduction of the seven day switching guarantee, then its conception can only be a good thing – despite the lack of actual switching.

And if the new, more customer-focused players in the sector like Metro Bank, M&S and Tesco are making the old guard buck up their ideas (I must admit some of the features of Club Lloyds do look like a less localised version of Metro’s approach) then that can only be a good for consumers too.

With so much competition and many more new players still waiting to be granted their banking licenses, customers can surely look forward to an ongoing all-round better experience. As Greg McBride of Bankrate.com stated, “Banks have to make their customers’ lives easier. The ones that recognise that will have an enormous competitive advantage.”

No room for complacency
But there is still a long way to go. The sector received a massive 2.5 million complaints last year – with Barclays, Lloyds and NatWest all featuring in the top five most complained about firms.

Whilst the investment in technology and customer centric products is, in at least some part, limiting mass upheaval, the banks now need to focus on delivering a better customer experience throughout the entire customer journey.

This will mean spending more time understanding customer’s needs and fixing some of the less ‘sexy’ things that have had such a negative impact on customer experience in the sector.

Things like matching the simple, online loan application experience that pay day lenders have worked hard to create. Making sure customers are reliably kept informed of administrative account changes – unlike the poor HSBC customers who didn’t get paid because their bank had decided to change a sort code number. And demonstrating that they really value their new customers by creating a welcome experience that matches the gloss and promises featured in the latest TV advertising.

If these things don’t get fixed, surely it won’t be long before First Direct (Tesco, M&S…) are welcoming a hat full of new, more demanding customers.

Matt has spent 16 years working in direct marketing – including Sitel (one of the world’s leading contact centre outsourcing businesses), Black Cat (part of the world’s largest advertising group – WPP), WDMP (one of the UK’s fastest growing communications agencies of the noughties) as well a 2 year stint client-side heading up Sky’s customer marketing team.

The Financial services and the Telecoms sectors have dominated his career in agencies.
Financial services career highlights include helping Firstplus to become the UK’s leading direct loans business by developing and implementing an acquisition strategy that more than triple ROI over a 3 year period, helping Fidelity Investments nearly double the value of their repeat private client ISA investments and developing American Express’ most successful customer acquisition campaign ever. Other financial services clients include: Winterthur, RBS, Norwich and Peterborough Building Society, Nationwide and Woolwich.

In telecoms, Matt played a significant role in the re- launch of TalkTalk and helped them achieve their ambitious growth targets over a 4 year period – to become what is now the UK’s largest broadband provider. And for The Carphone Warehouse Matt helped develop an award winning and highly profitable retention strategy – as the mobile phone retailer moved towards a customer value model.

At Sky Matt led a customer marketing team of 28 people and helped them grow the average value of their 10 million customers and consistently lower annual churn.