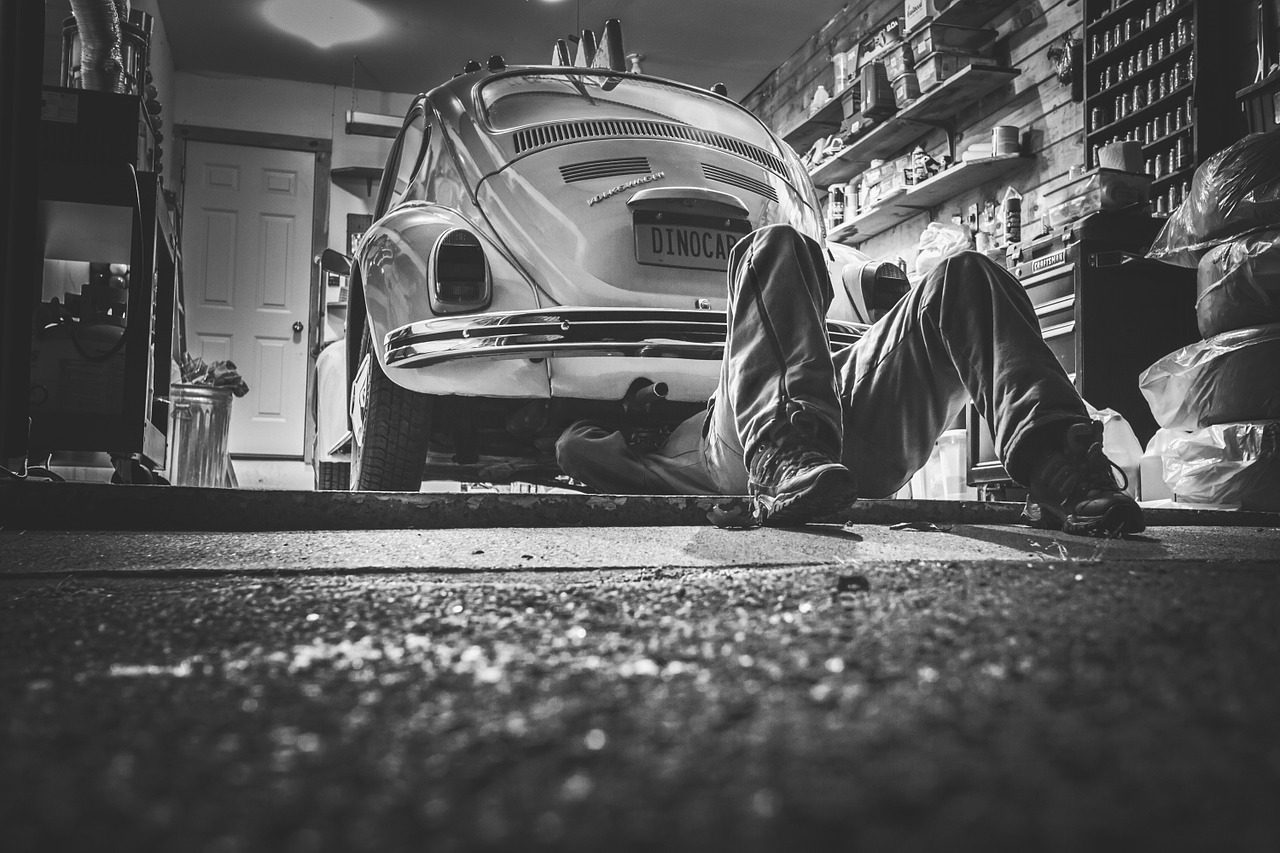 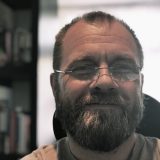 David Bovis is Business Consulting Associate Director at Grant Thornton. An experienced director, consultant, and executive coach, who has provided a wide range of advisory and support services to manufacturing organisations across Europe since 1994, David is also judging at the 2019 UK Business Awards.

The author of this article, David Bovis, is a judge at the 2019 UK Business Awards.

“We cannot reasonably expect that any one should readily and obsequiously quit his own opinion, and embrace ours with a blind resignation to an authority which the understanding of man acknowledges not. For, however it may often mistake, it can own no other guide but reason, not blindly submit to the will and dictates of another. If he you would bring over to your sentiments be one that examines before he assents, you must give him leave at his leisure to go over the account again, and, recalling what is out of his mind, examine the particulars, to see on which side the advantage lies; and if he will not think over arguments of weight enough to engage him anew in so much pains, it is but what we do often ourselves in the like case; and we should take it amiss if others should prescribe to us what points we should study: and if he be one who wishes to take opinions upon trust, how can we imagine that he should renounce those tenets that time and custom have settled in his mind that he thinks them self-evident, and of an unquestionable certainty…”

“You cannot impose anything on anyone and expect them to be committed to it.”

Isn’t it time to take this wisdom, apparent across centuries, and introduce leaders to the biology and psychology that can now deliver the facts to support such observations?

The paradox is this: the neuroscience and psychology at play, which interprets the presence of anything ‘new’ (e.g. language) as a threat (to status, ego, ID), cannot be understood and addressed by those unaware of the principles they themselves are subject to, via their own brains.

In other words, if you don’t understand the transition a human brain goes through in a change environment, you can’t hope to adequately plan, manage, or lead change effectively (i.e. address the barriers to change), in yourself or others.

Change initiatives go over budget, over time, deliver less than expected, and fail to develop internal teams. Knowledge transfer is superficial, based in logic and tools. This doesn’t provide the catalyst for a shift in a leaders beliefs. We look at only a part of a system (process/technology) and fail to re-define ‘good’ when considering a broader system (people/process/technology).

In practice, we see leaders express an interest in knowing more about effective and efficient organisational change, but the pre-conditioned expectation within the market, is that ‘change’ is something done by consultants and teaching tools.

When it’s suggested there might be more to it, which requires a higher level of engagement and understanding, the coping strategy in an already busy, intellectually challenging, politically charged, full-time role – that also challenges the work-life balance of the leader – is denial/avoidance.

The problem with this is that a leader’s brain (despite multiple claims to the contrary) is still an adult-mammalian brain and it doesn’t adapt (form new wiring patterns…i.e. learn) by letting other brains have an experience. It ‘learns/adapts’ in response to it’s own sensory stimulus.

I truly believe it’s time we raise the bar and introduce language into the mainstream which allows us to have informed conversations about ‘change’, where people are recognised as the primary and major part of the ‘complex system of complex systems’.

We can put this subject under any banner – OCM, HR, Leadership, Systems Thinking, or Lean – but the label is less important than the change of action urgently required – globally!

So, how do we break through the psychological barriers that stop leaders assimilating knowledge from current experience to use as justification against the need to know more?

It’s a bit like diagnosing a fault in a car. When the basic mechanics and relationships between the various parts is understood, the driver’s approach toward the driving and maintenance of the vehicle is more likely to change than it is in the case of a driver who cannot comprehend cause and effect throughout the system (including their own attitude and behaviour). 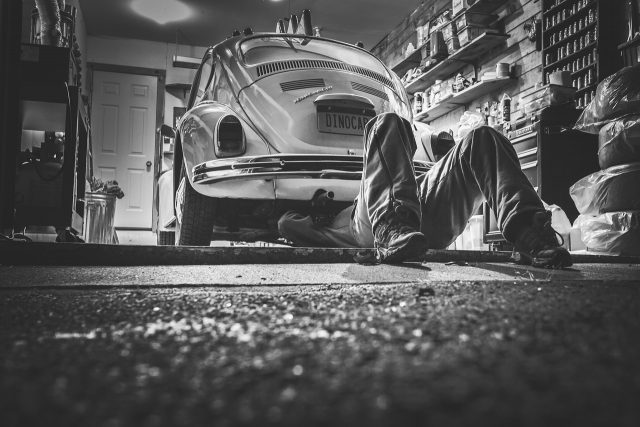 The driver might notice certain quirks of the car – i.e. it won’t start when cold – but if they knew about the viscosity of oil and the drop in capacitance in a battery in lower temperatures, they wouldn’t have to talk in loose terms about the issues, and they could be much more effective in addressing problems.

It’s like that with people – if we can talk about dopamine and the triggers related to its presence (tangible, evidence-based science), we don’t have to talk about ‘motivation’ and ‘engagement’ as if those words in and of themselves are enough to inform corrective action.

So, let’s unpack the car analogy a little.

If a person drives fast and erratically, it might be for any number of reasons. They might be a young man aiming to impress and attract a mate (peacocking), or, the driver might be insecure in themselves and therefore lacking confidence behind the wheel, leading to an inner narrative that reinforces their inadequacy, which manifests in them trying to get the journey – any journey – over as quickly as possible.

Driving whilst fearful/panicking, in response to a low self-concept, can lead to different parts of the brain engaging and reducing the energy available for the parts required to drive well, and diverting glucose energy away from the pre-frontal cortex and executive function, leading to a lower level of awareness and a failure to indicate at roundabouts or perform the mirror-signal manoeuvre. 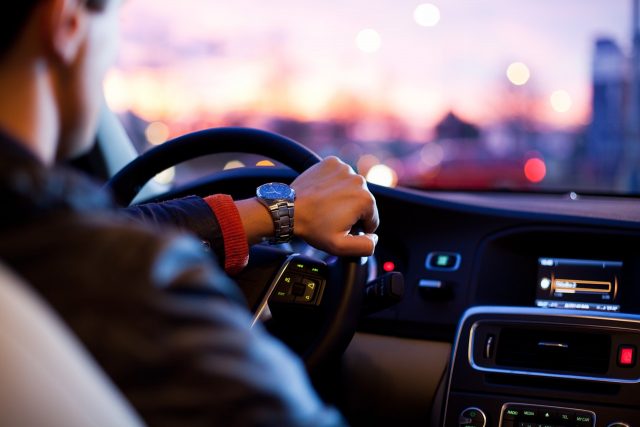 This is because mirrors and other drivers don’t feature in the mind of someone acting from a position of insecurity/fear.

Now, if that person is one of your drivers (i.e. is in charge of company equipment that has to perform a task as part of a process, like a lathe operator in a factory or computer operator in an office) and your focus is on fuel efficiency, tyre-wear rates, and the amount of brake pads you get through each year (i.e. KPIs), do you address the design of the metaphorical wheels, tyres, engine or fuel?

Do you look at the route the vehicle has to follow? Do you provide the driver a new set of tools to analyse the route or change the tyres and brake pads faster?

Or do you understand the emotional predisposition of the human behind the wheel and what is causing them to respond/act the way they do, and if they will be able to adapt to the presence of the new tools or integrate the principles of those tools into their world view, such that they are able to apply them for a sufficient amount of time to allow their use to become natural?

The popular approach in the market for the last few decades has been focused on the application of Tools and Techniques, keeping Process and Procedure in focus, often in stark contrast to the realities and requirements surrounding the transition people are required to make in an environment in which they perceive change that is imposed upon them.

The populist logical approach just doesn’t address the need to shift an individual’s belief before you can expect a shift in action (behaviour), or the fact the imposition of anything ‘new’ is a primary fear trigger, often resulting in the dreaded ‘resistance to change’ at a cultural level (group think/herd behaviour).

Isn’t it time we stopped driving our companies and people as if they are cars and openly acknowledged the biggest change follows a change in the person behind the wheel?

With significant advances in neuroscience and psychology, it’s now possible to explain every aspect of Locke’s, Shein’s, and Frankel’s observations with science – to move the conversation away from generalisations that only a few come to understand, into hard and fast action for reasons that not only make sense, but translate into top line and bottom line benefit.

Let’s raise the bar and replace the assumption that we can understand things, but everyone else needs it dumbed down; we don’t need issues surrounding ‘transition’ dumbed down…we just need to include them in the conversation.

For too long we’ve been dealing with Process, Procedure, Policy, Strategy (Hoshin), Structure, and Systems as if they are detached from the people expected to adjust to their presence.

It’s always been about people and that means the starting point has to be Brain, Mind, Change, and Culture before we can do a better job of introducing strategic deployment models and tools and techniques.

Lets stop defending the past and move into the future with the language the present provides us.