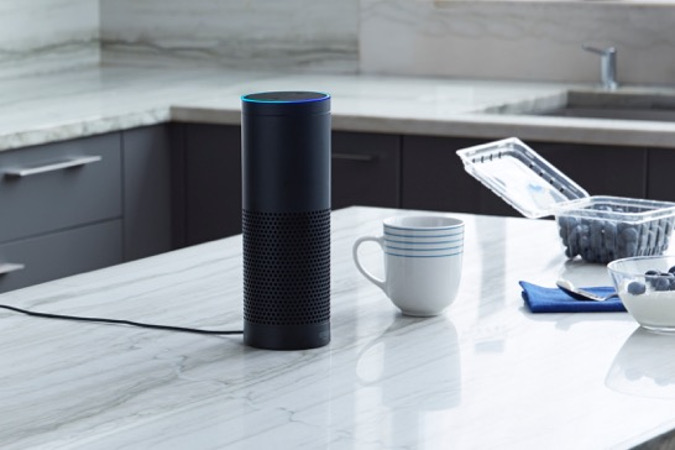 Established in 2007, Sigma is a leading digital User Experience (UX) agency, which designs, develops and supports information-rich web sites, intranets, mobile solutions and applications. By putting users at the heart of its solutions, Sigma helps to add genuine business value and bring people together. Sigma works with companies large and small, in the public, private and not-for-profit sectors, nationally and internationally. The team believes strongly in developing long term, mutually beneficial strategic partnerships with its customers, with key clients including InterContinental Hotels Group, Sport England and the BBC. In addition, Sigma also runs the North’s leading digital UX event – Camp Digital. Now in its sixth year, Camp Digital attracts world-class speakers who discuss the most important topics and trends in the UX and digital community. Sigma is part of Sigma IT Consulting – a Swedish IT Services firm with over 3,500 staff throughout the world.

Technology is constantly evolving, and the field of User Experience (UX) is no different. We have progressed from interacting with desktop computers with a mouse and keyboard, to touch-based interactions on mobile phones, and beyond.

Interaction design was revolutionised in 2007 with the introduction of the iPhone, which thrust the mobile touchscreen interface firmly into the mainstream. Now, we look set to be moving onto a new era of user interfaces. The key difference here is that we will not interact with this next wave of interfaces through a screen, or in fact with any kind of traditional input device.

Invisible interfaces look set to be the future of how we interact with our devices – a future in which menus, navigations, screens and commands are translated into simple spoken language.

Through these simpler, more intuitive commands, technology will no longer act as a barrier between humans and the real world, but rather as something in the background people can interact with while carrying out day-to-day activities such as working, driving or socialising.

Here we’ll explore the areas in which these new, invisible interfaces will change the way we interact with our devices forever, and how this is causing the field of UX to change and adapt accordingly.

The driving force behind invisible interfaces is to move “beyond the screen”, and provide a

As Google Designer Golden Krishna famously said in 2015: “The best user interface is no interface”.

Screenless interfaces appeal to consumers because they reduce physical and cognitive load  in the user journey. While the smartphone is without doubt a wondrous tool, performing a simple task can contain numerous steps – looking for your phone or fishing it out of your pocket, unlocking it, finding the right app and then navigating through the various screens.

Screenless interactions allow users to condense multi screen user journeys into a seamless succinct process. Performing actions on screens also creates distractions in your daily routine – and according to research, smartphones take us away from our daily lives over 2,600 times a day.

Screenless interfaces, sometimes referred to as “zero UI” in design circles, have exploded in popularity over the past couple of years because of devices such as the Amazon Echo and Google Home. In fact, these devices have proven to be so popular that experts are predicting that three-quarters of homes in the US will have at least one of these devices by 2020.

Zero UI essentially takes away the screen, introducing us to a world where our natural gestures, voice, glances and even our thoughts can be used to communicate with our devices in a seamless, non-intrusive way – almost as if we were communicating not with a machine, but with another person.

The key change to designing for this will be in anticipatory design – the process in which a designer – with the help of artificial intelligence – anticipates the needs and tasks of the user by making pre-emptive decisions on their behalf, in order to simplify the user journey.

iPhones evolved the field of UX 10 years ago. The exponential improvements in AI and voice recognition technology are guiding us towards a new era of interaction; conversational user interfaces. Allowing us to control and operate devices with voice alone, these conversational interfaces are set to have a major impact on how we design systems and services for consumers.

That said, it’s important that we don’t view this as a different direction for UX, but rather an evolution. We have moved from lines of code, to desktop computers, to touchscreens, and now to voice and beyond.

In terms of designing for this paradigm shift, there are a few main aspects to consider. Similar to screen based design patterns, it’s important to consider that users need voice patterns they are familiar with every time they operate a new app or program. The process needs to be simple and intuitive using universal conversation patterns to execute commands.

It is also important to bear in mind that with voice UI, users have to use their short term memory to remember key phrases to interact with the device. Therefore conversational exchanges need to be kept short and sweet to avoid confusing users.

Among the most fundamental design elements to consider is that, as voice controlled interfaces are invisible, users will not have the benefit of images, buttons or clickable links to guide them around the interface. Because of that, developers and designers must ensure that the voice assistant is providing users with constant feedback and support so they are not left in the dark.

What Could This Mean for UX Designers?

Invisible interfaces are set to have a major impact on the UX sector – in fact, many believe it might be the natural next step forward in UX design. The recent rise in popularity of invisible interface devices have raised consumer awareness of how useful these devices could be in everyday life, and this technology could be set to explode in popularity in 2017, with a host of new software and hardware products coming to the market.

This technology could have a particularly strong impact from an accessibility standpoint. By moving past the need for screens and being able to control devices with nothing but your voice, users with visual or physical impairments will be able to access and use devices completely independently, with no need for external assistance – some for the first time ever.

While this is an exciting transition in UX design, we as designers need to adapt accordingly. Voice interaction represents a new challenge to UX designers and we must acknolwedge and learn quickly as a community if we are to take full advantage of the opportunities this new, seamless technology presents.