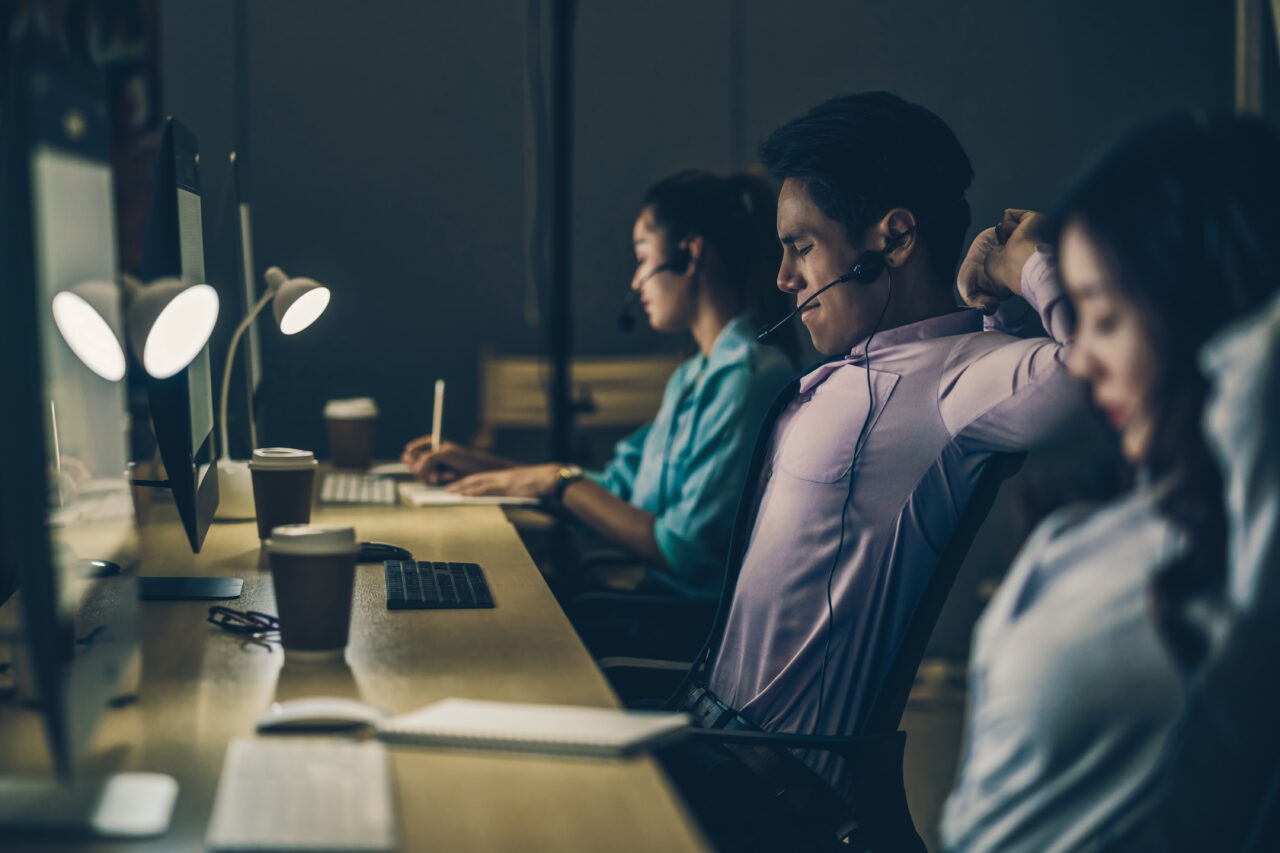 Three-quarters of customer-facing workers are heading to imminent burnout

MaxContact calls on the industry to make 2022 the year of the agent and rebalance employee well being with customer satisfaction.

Workers in customer-facing roles across the UK are facing burnout after months of being overworked and underappreciated, with no prospect of career progression.

Customer engagement workers play a vital role in the UK economy. The contact centre industry employs over 800,000 people, with millions more working in other roles talking to customers regularly on the phone, for example, box office staff or sales professionals.

However, 72% of these workers say they are ‘burnt out’ or will be burnt out imminently. As a result, the industry could be facing a similar talent crisis to the 2021 HGV driver shortage. Nearly half (49%) said they dislike their job and would be looking to move in the near future, rising to 62% of contact centre workers.

The reasons for this burnout are clear:

Workers aren’t just overworked, they’re underappreciated. Nearly two-thirds say their company thinks the end-customer experience is more important than employee wellbeing. The report states that 84% feel under pressure from management to deliver quantity over quality when it comes to interactions with customers.

Workers are also reporting that the support measures put in place aren’t having an impact. While just over half are aware of mental health support initiatives at their workplace, only 32% of them said their managers follow them ‘all the time’. However, 61% have some kind of specialist customer engagement technology to help them do their job. Such solutions are having a limited impact on job satisfaction.

MaxContact is calling for a commitment from industry leaders to make 2022 the year of the agent by transforming working practices to put the wellbeing of frontline customer service staff on the same footing as customer satisfaction.

Ben Booth, CEO of MaxContact, said: “For those on the phone to customers every day, two years of working alone at the kitchen table, mounting workloads and little interaction with colleagues has taken its toll. People are telling us that they’re feeling overworked, under-supported and aren’t hopeful that things are likely to change. Many are considering leaving their job, and even the industry, altogether.”

He also states that customer-facing roles are the hidden backbone of society as well as that MaxContact plans to make 2022 the year of the agent by fixing the balance between customer satisfaction and employee’s wellbeing.