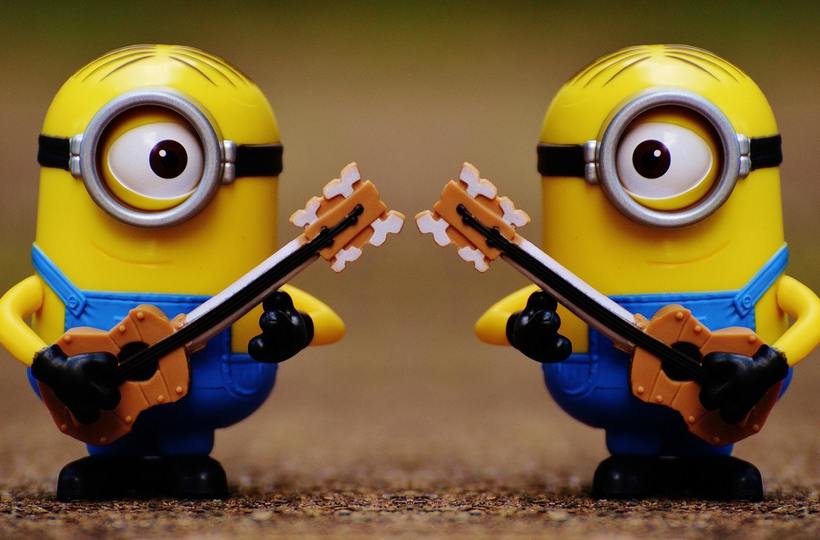 7 Habits That Every Team Can Learn from MINIONS

Life would have been so simple if it were a cartoon movie like the Minions. Wouldn’t it be? But, not everything we wish could come true.

‘Want to add fun to your work life and make it better than ever? Start using ProofHub.’

There are, however, some lessons from the movie Minions that we all can learn and inculcate in our life, especially when it comes to team building. After all, the one thing that made these yellow organisms so powerful was the fact that they were always together!

So, in this post, we are going to have a look at the team building lessons that we all can learn from these ‘BANANA FANS’ –

Can you recall the gaze of excitement whenever Gru comes up with some new plan or a new task for the minions? They are always the curiosity to know what if? This is the reason that they are not afraid to try something new. And, that’s why their life was such a crazy adventure.

Think of your team now – do the team members get excited when they are assigned a project or task on which they have not worked before? Do they feel pumped up when a new challenge arises? If they don’t, then this is something they can definitely learn from these yellow creatures :).

Inspire your team to be crazy enough to break the rules and think out-of-the-box. And, you will see the new vigor in the team to create something unique and innovative!

Happiness was their most powerful weapon

We are the most productive when we are happy. And, minions were always happy. Even in the saddest of moments they knew how to remain happy. Perhaps this is the reason that they were able to make the most of their skill. Everything they were assigned to by Gru, they took the challenge happily.

Serious – are you kidding me?

Inculcate the habit of ‘taking things as they come’ in your team. That’s what I’ve been practicing with my team here at ProofHub. And, it’s been going great!

Don’t let success get to the head and failure break down the morale. Don’t be too serious. Enjoy every minute you are working and make sure that your team does the same. This will lay the foundation for a team that can take your business to places.

The attitude to never say never

Amidst all this, however, they never said never. Whether it was flying thousands of miles to come back to Gru (in the recently concluded movie Despicable Me 3) to getting rid of those evil minions (mutated) in Despicable Me 2 – they never gave up. In the end, their togetherness prevailed and they were able to come out on top.

Sometimes we take our failures and small setbacks to the heart. However big those setbacks are, don’t let them damage your determination. If you as a leader are showing negative attitude how can you expect the team to remain positive? This is THE ONE and the most important lesson that a team and the team leader can learn from minions.

Once a team, always a team

The biggest lesson that the Minions give to the teams is that ‘once a team, always a team’. They had their differences with Gru, but in the end they knew that it is because of them that the minions had a purpose in life. Same is the case with a team. Without a leader, a team is nothing.

Being part of the team means you are always there to back their team members – you are never supposed to leave them alone. Wherever they went, whatever they did, minions were always together as a team. And, so should you.

Eat bananas and be productive!

You may laugh as much as you want, but the fact of the matter is that eating bananas actually makes you productive! It is the complete fruit that comes power packed with all the nutrients our body needs.