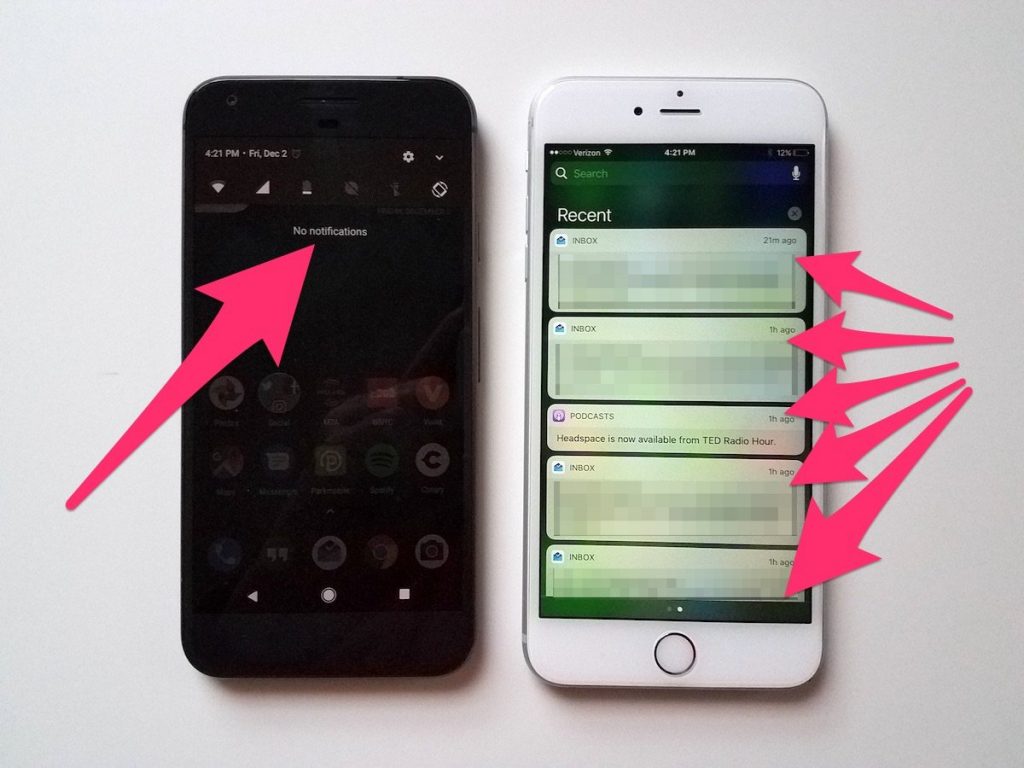 8 Reasons Google’s Pixel Is Better Than The iPhone

I’ve been switching back and forth between my iPhone 6S Plus and our Google Pixel review unit, and I keep wishing I had the Pixel.

You should note that everything here is subjective. The iPhone has great features that the Pixel doesn’t have, and the Apple ecosystem is in a league of its own.

But damn, the Pixel is good.

You should also note that I’m comparing the Pixel XL experience with my iPhone 6S and not the iPhone 7 series. That’s because I have more experience with the 6S Plus, as it has been my phone for the past year and a half.

However, the iPhone 6S Plus isn’t that much different, as a whole, from the iPhone 7. The performance is still comparable, and the iPhone 7’s camera upgrades aren’t as important as some of the Pixel’s more functional features.

Here’s what I think makes the Pixel a better phone than the iPhone:

I can choose to make the Pixel work faster.

I can adjust Android to make it feel faster than iOS by cutting down or removing the animations when I open apps and swipe between screens.

Apple’s iOS has a Reduce Motion option, but it seems to only change the default zoom-in and zoom-out animations when opening and closing apps to fade-in and fade-out animations. Apps don’t appear to open or close any faster.

Pixel has better battery life, thanks to Android.

Android’s Doze feature is exceptionally effective. It does a fantastic job of reducing the Pixel’s power consumption when I’m not using it, compared with iOS on my iPhone.

I simply get along better with Android than iOS.

Apple still hasn’t figured out how to show me notifications in iOS as well as Android. They’re easier to manage from the Android lock screen, where I can clear notifications away with one swipe compared with iOS’s swipe-and-tap to clear. I can also pull down on the notifications to peek at more details compared to iOS, which doesn’t show me very much.

Notifications also manage themselves better in Android. For example, when I open a new email or Hangouts conversation on my computer, Android automatically clears those notifications on the Pixel, whereas they remain on my iPhone until I manually clear them.

It’s also difficult in iOS to swipe up from the bottom of the screen, for things like changing the brightness, with the on-screen keyboard there. On Android, I can easily swipe down from the top of the screen to access the most important settings from any app, whether the keyboard is there or not.

The universal back button that simply brings you back to your most recent screen or page is incredibly useful because it’s always in the same place. On iOS, the back button for apps and screens can differ from app to app.

There’s also the “I can hide my apps in the app drawer and put them wherever I want on the home screen” customization argument, which has been a classic Android argument since its release.

Finally, for those who use a voice-activated assistant, Google’s Assistant has proved to be far more advanced than Siri.

So why don’t I just get the Pixel?

Well, I paid money for my iPhone 6S Plus, and storing it away while I use the Pixel would feel like wasting that money. Sure, I could sell my iPhone on eBay to help pay for a new Pixel, but we’re over halfway through the Pixel’s estimated annual cycle, and we’re expecting Google to announce a new Pixel in October.