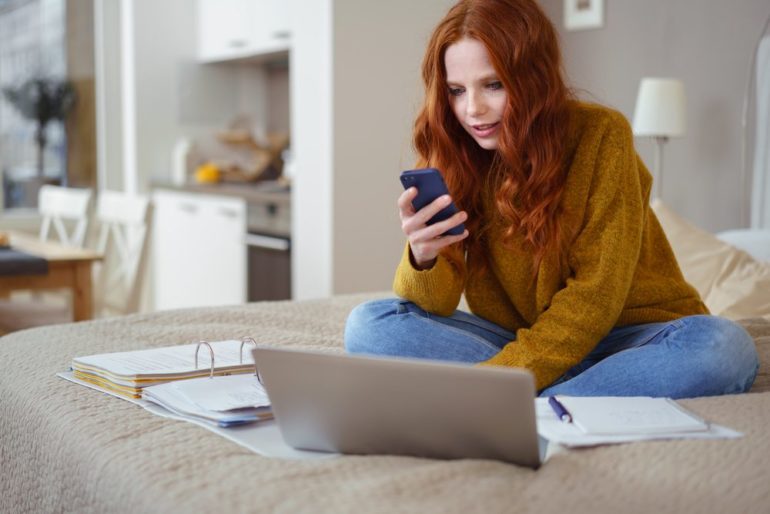 Third of Brits Work from Home at Least Once a Week

Homeworking has increased by 25 per cent in the last five years, with 8.2 million British employees now working from home for at least one day per week, and relying on fast broadband.

The findings, from a new study of 2,006 employees by Virgin Media, come as the Advertising Standards Authority consults on new rules governing broadband advertising. The study found that the British homeworking economy is worth £167 billion, and is set to continue to grow. British employees will work from home for 10.2 billion hours this year, a 26 per cent increase on 2012. Employees have been keen to take advantage of the trend for more flexible working, with 31 per cent of employees working from home for at least one day per week.

This pressure for more flexible working is only likely to grow. 58 per cent of employees would like to work from home for at least one day per week, and if they get their wish, 15.6 million Britons could be working from home for as many as 19.4 billion hours per year by 2022. This would represent a near doubling of the number of homeworkers in 2017. Even if employees don’t get their way and the growth in homeworking continues at current rates, there will be 12.9 billion hours of homeworking per year by 2022.

Homeworkers depend on broadband

Homeworkers depend on fast, reliable broadband, with 71 per cent of homeworkers reporting that it is “very important”. Homeworkers say that good broadband is more essential than access to a mobile or landline telephone, peace, and quiet, a comfortable working environment, a kettle for tea and coffee and even snacks.

Virgin Media’s research comes as the Advertising Standards Authority (ASA) consults on new rules governing broadband advertising. The regulator will require broadband companies to either advertise average speeds across a full day or at “peak time” – 8-10pm. The ASA’s consultation document does not consider Britain’s 8.2 million regular homeworkers, and Virgin Media’s research suggests that any move to a peak time measure would ignore this large group of people. The top three peak times for internet use among homeworkers are 10am – 12pm, 8am – 10am and 12pm – 2pm. Just 3 per cent of homeworkers are most busy working at 8pm – 10pm.

The new rule will replace a widely discredited regime which allows broadband companies to advertise speeds that can be received by only one-in-ten customers.

“More people than ever are spending some of their working week at home, and our research shows that homeworkers depend on having a good broadband connection. As it consults on more robust broadband advertising rules, the ASA must consider Britain’s growing army of homeworkers, and require companies to advertise average speeds across a full day.”

“A growing number of employees and the self-employed now work from home.  Their continuing growth depends on strong digital connectivity, together with the ability to get the best deal.  We welcome the ASA consultation to require broadband providers to state average speeds, to bring transparency and help homeworkers and the self-employed make the best choice when selecting their broadband provider.”

Flexible working has become core to many employee wellbeing strategies, and can be important for attracting and retaining the best talent. 71 per cent of homeworkers said working from home meant they had a better work-life balance. Three quarters of homeworkers found it less stressful to work from home, and 69 per cent said that they have more head space for complicated tasks.

Flexible working may also be beneficial to the economy, with 60% of respondents saying that they are more productive when they work from home, owing to the ability to avoid the commute and save time, as well as greater flexibility.