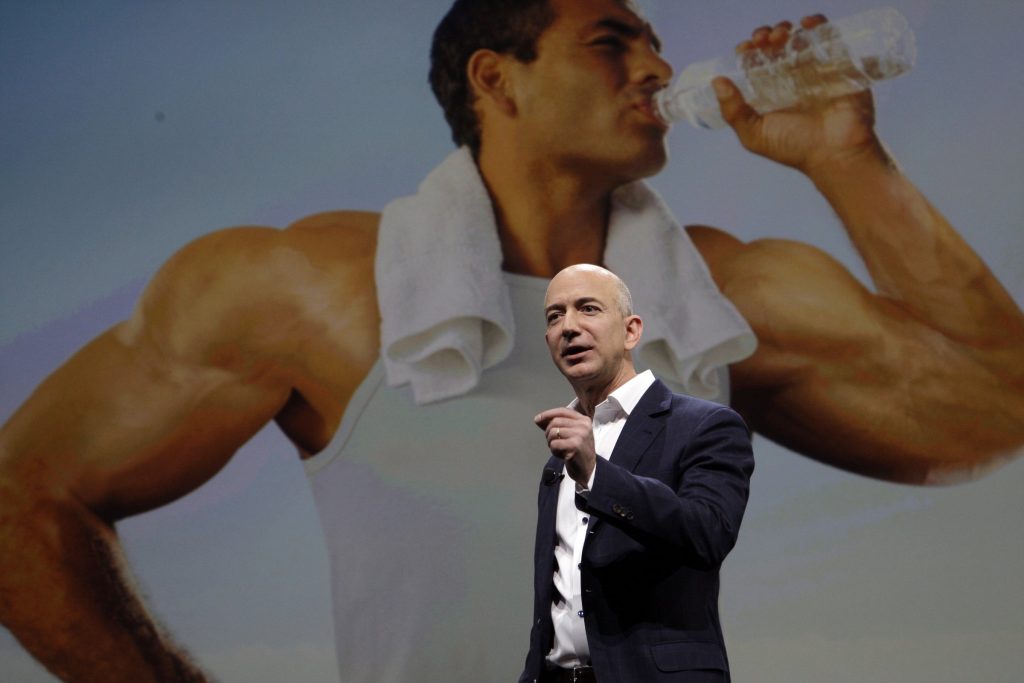 Amazon Just Spent $13.7 Billion to Prove Once Again That It’s the Most Dangerous Company in Tech

It’s no secret by now that Amazon, the so-called “everything store,” has zero hesitations or compunctions about entering a new market and completely upending it.

Now, with its $13.7 billion blockbuster buy of Whole Foods — Amazon’s largest-ever acquisition — the retailer is looking to do it again with grocery stores.

As to the question of whether or not this deal is a good thing for consumers, that’s up for debate. Critics of the deal might point out that it’s rarely a good thing in American history for one company to amass this much power. But as a power move from Amazon CEO Jeff Bezos, it’s a masterstroke. It’s no wonder the move sent Amazon’s market cap soaring up another $13 billion and higher.

In a note to clients, Wall Street firm Cowen estimates that a combined Amazon/Whole Foods entity is automatically already the #5 overall grocery retailer in the United States. And because Amazon can now offer a mix of in-store shopping, same-day delivery, and its usual style of online shopping, it has room to grow.

In the short term, the way forward for Amazon+Whole Foods is clear. Amazon is investing a considerable amount of capital and energy into same-day delivery and grocery delivery. With this buy, Amazon now has 400-plus ready-made hubs from which it can run those businesses.

Those buildings come with warehouse space, truck loading docks, and experienced logistical workers, making them a perfect nucleus from which to expand grocery delivery, and eventually, maybe even delivery of other staples. Not only that, but Whole Foods operates out of affluent urban neighbourhoods (with a few exceptions), placing these new Amazon grocery delivery hubs closest to the upper-income customers who are most likely to have Amazon Prime memberships. Amazon also recently started giving Prime discounts to people on government assistance, as well.

It’s enough to cause concern for Walmart, Safeway, Costco, and other American grocery stores. It’s also a huge hurdle for startups like $2 billion Instacart, which actually sold Whole Foods $36 million in equity to become the grocery store’s sole delivery provider for 5 years. Now, the future of that deal seems uncertain.

And that’s just the beginning.

Amazon has not been shy around its ambitions to expand into physical retail, with leaked internal plans showing that the company wants to open 2,000 grocery stores over the next decade.

Slowly but surely, Amazon has been opening its Amazon Books stores in cities like Seattle, San Diego, New York City, and Portland. In addition to books, those stores actually carry a small selection of board games, toys, and Amazon-brand electronics like the Fire tablet or Echo smart speaker.

With the sheer square footage of your average Whole Foods store, there’s no reason why Amazon couldn’t take a similar tactic. A Whole Foods could just as easily carry AmazonBasics-brand batteries in the checkout lane, and Amazon Elements-brand vitamins in the supplements aisle. In other words, Amazon wouldn’t just get the Whole Foods brand; Whole Foods would also be able to bring in some of Amazon’s low-cost, reasonably high-quality store-label goods. It would expand Amazon’s more existential quest to compete with Walmart on price and selection.

And as Whole Foods slowly becomes more of a showcase store for Amazon’s products and brands, the company could also integrate some of the prototype technology from its Amazon Go convenience store concept. Amazon Go doesn’t use cash registers — you use your phone to check out, and just walk out with your stuff.

Ultimately, Whole Foods could end up as the cornerstone of a new Amazon retail empire, combining groceries, electronics, and everything else Amazon sells, with a high-tech new shopping experience that works across in-person, delivery, and pickup. It should be enough to have any retailer on the planet nervous.