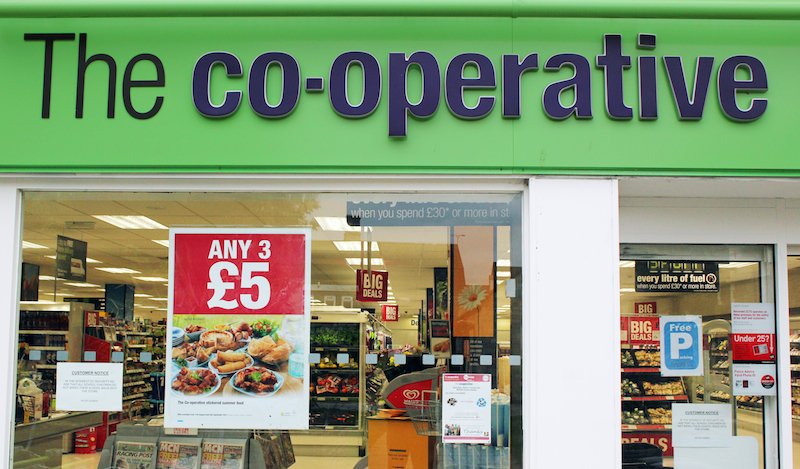 As the clock ticks towards the deadline for entries to the UK Complaint Handling Awards 2018, CXM looks back at one of 2017’s success stories – Co-Op Food.

Despite being one of the most trusted retail names in the UK, there appeared to be no immediate plan in place to rescue this shopping stalwart from the same fate faced by old faithful names that had gone before, such as Woolworths.

In a talk by food boss Steve Murrells at Retail Week Live in 2016, he described the food business as being close to “a busted flush” when he started in mid-2012:

“There was no plan, there was no agenda, the organisation tended to flip-flop from one initiative to another, and we had stopped listening to our front-line collages, and in truth, we had been pushing members and customers away for decades,” he said.

With customer loyalty low, meetings with the team uncovered a simple synopsis that ‘if the CO-OP didn’t have a purpose, that there was no purpose having a CO-OP’.

As a result, turning around the company was now of paramount importance.

The plan to return to their pioneering roots and ensure a bright and exciting future for both members and customers was encapsulated in a simple mantra:

This was not going to be an easy task by any means, but with a list of targets and a roadmap created to reach them, the company were ready to win back customers.

Market Research showed that the days of the traditional shopping list and monthly shops were gone; customers wanted quick and convenient shopping that could be done throughout the week, and this ‘little and often’ concept was where CO-OP knew they could win.

Today, far from being on the brink of closure, CO-OP has been re-embraced by the nation’s shoppers and is the fifth biggest food retailer in the country.

Yet the firm’s focus on convenience shopping is only part of the story of CO-OP’s revival – a major reason for its spectacular turnaround was how it rebuilt relationships with customers.

Re-establishing the trust between brand and customer following a stagnant period is a herculean feat – one that would see even the most dedicated customer-centric professionals fall painfully at one of the many hurdles on the track.

However, this was a challenge taken on with relish by the CO-OP Food team, and their victory has been immortalised in the form of the Dispute Resolution Professional trophy, handed to them at the 2017 UK Complaint Handling Awards. Their Customer Relations operation is based at their Manchester HQ and includes a multi-channel contact centre of around 25 staff.

This dedicated squad takes up to 60,000 complaints and queries from customers each year, and it was the keen business eye of CO-OP Transformation Director Jane McCall – who headed an executive team tasked with reviving CO-OP Food – that spotted the opportunity to put the contact centre at the heart of the plan to reboot the company’s fortunes.

By May 2015, under Jane’s watch, colleague Claire Carroll was put in charge of a new team that merged the ‘Membership’ and ‘Customer Care’ centres.

This new team’s ethos was to change the entire culture within the company to one that put the customer at the forefront of its growth, through shrewd use of the contact centre’s resources.

Within a year, the new plan was working, with CO-OP delivering operational performances to target, and the firm even topping the ICS’s Complaints Index for the food retail sector.

The fast results caught the eye of judges in both UK and Europe-wide awards, and this prompted the company to go for the big one – a UK Customer Handling Award, and the rest is history!

But what exactly was it that Jane and Claire did to make their contact centre the humming engine room of economic revival it became?

They developed a roadmap that saw them create a new organisational structure, and calmly developed simple, customer-focused targets for staff to follow.

They empowered advisors by removing previous refund limits and even created an Amazon account allowing the purchase of personal gifts which would be offered by way of an apology to disgruntled customers.

Revised call-control training helped speed up the average call time and boosted ‘end-to-end’ complaints management across all platforms, including the vital area of social media.

Setting regular targets and making sure staff were singing from the same hymn sheet quickly eroded any resistance to change within the contact centre or general feeling s of ‘lack of purpose’ that can often permeate such teams.

The targets continued to be hit, and by Spring of 2016, the average number of days to resolve a complaint had plummeted from seven to two.

This success has been built on a key factor that any firm should remember – complaining customers are worth 60 percent more to a company than any others.

Keeping these valued customers on board is estimated to have saved the CO-OP around £3.9 million and counting.

Not satisfied with simply helping complainants, Jane and the team are even developing a ‘pre-emptive’ strategy to potentially spot and satisfy unhappy customers before they even complain.

Now, with CO-OP’s delicious range back on the tables and the brand back in the hearts of the nation, the team are well on their way to being industry leaders.

Their UK Complaint Handling Award will help them do so, as Jane explained when entering:

“We’d like our story to inspire others to bring their contact centres to the forefront of their business transformation plans – and if we are successful in this award submission, more people will want to hear it.”

If CO-OP’s story has inspired you to share your complaint handling success and reward your front-line staff then the UK Complaint Handling Awards are the perfect platform to do this. Find out everything you need to know about the awards here or enter here.