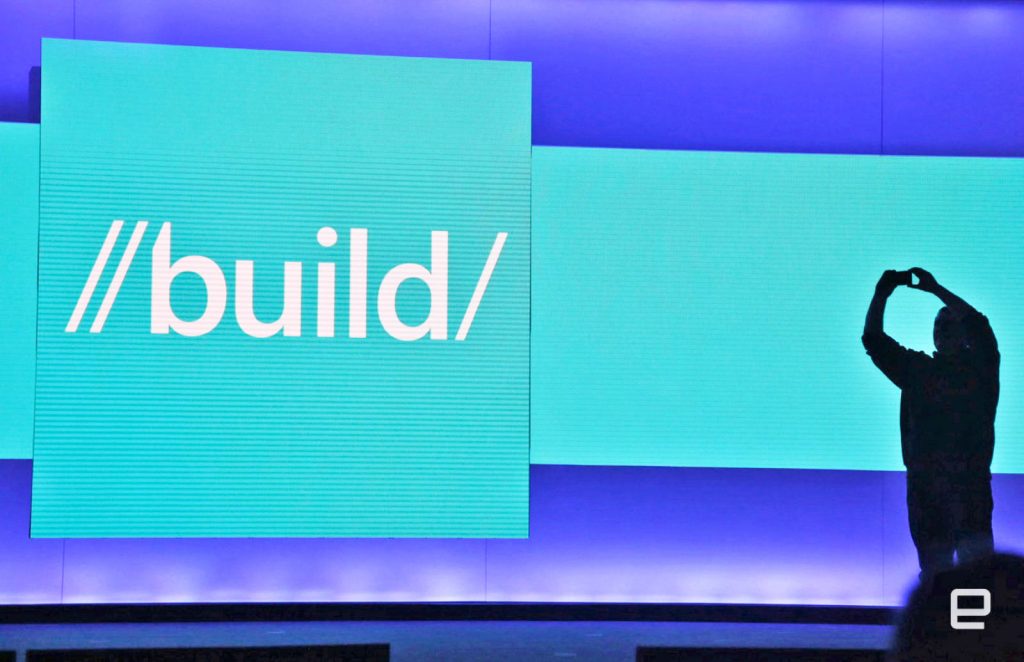 What to Expect at Microsoft’s Build 2017 Conference

Windows 10 updates, Cortana and new hardware could be on deck.

Microsoft’s Build conference is not only about giving developers the tools they need to write apps or create Windows-friendly hardware but also Microsoft’s chance to outline its vision of the future. What software and devices will matter in the months (or even years) ahead? And this time around, there’s no shortage of new developments to discuss: Windows updates, the Cortana AI assistant, HoloLens, partner hardware and even a chance at new Surface gear. It’s not necessarily clear what’s likely to show up, but don’t worry: That’s what we’re here to sort out. We’ve rounded up some of the most promising leaks, rumours and logical predictions to give you a sense of what to expect when Build 2017 kicks off May 10th. 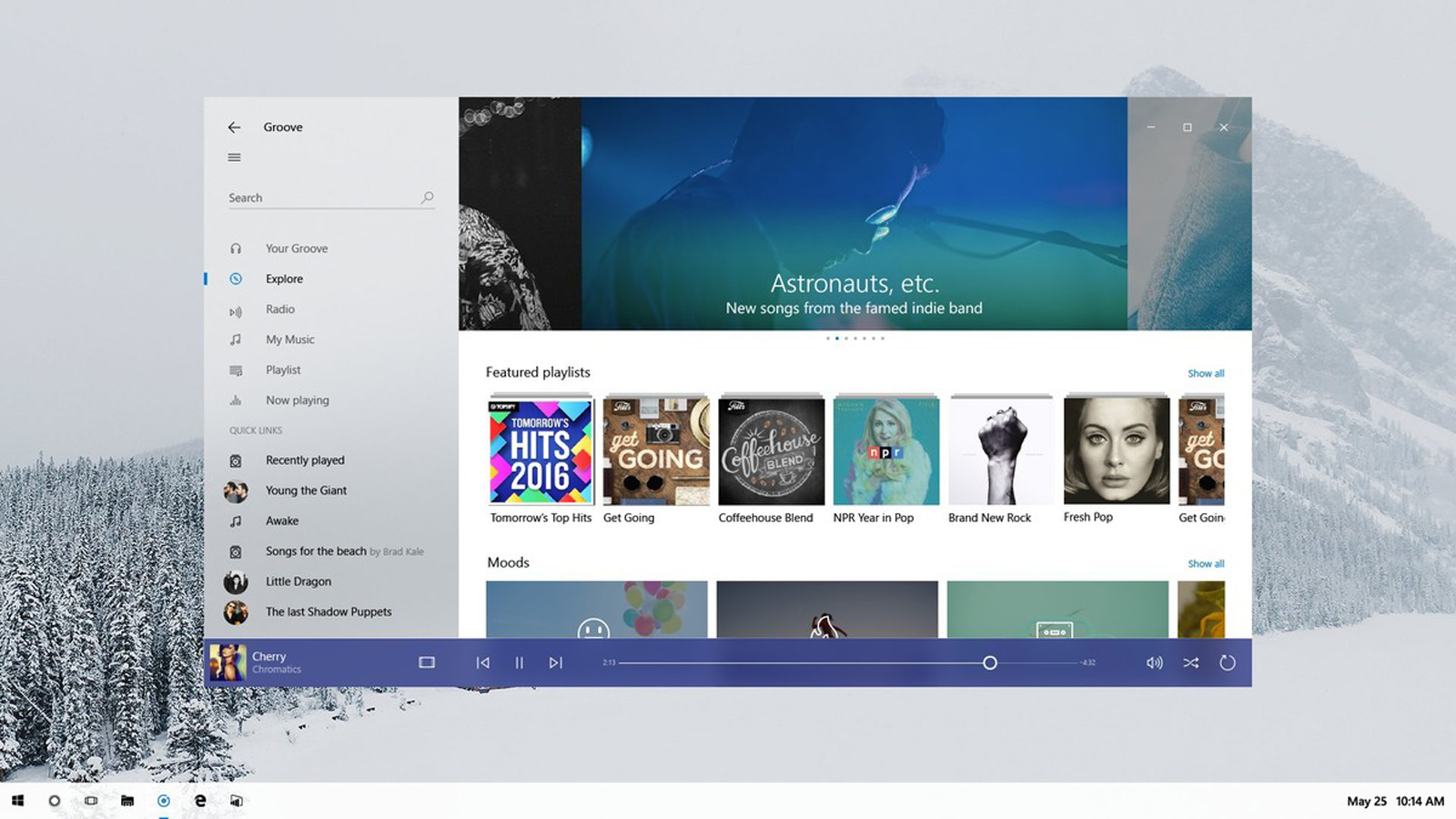 If there’s anything that’s a near certainty at a Build event, it’s discussion of the next version of Windows. Microsoft is still expected to release one more big Windows 10 update in 2017 (currently code-named Redstone 3 and due in the fall), and this might be one of the most conspicuous changes to the OS since its original release. The highlight would be a leaked interface design language nicknamed Project Neon. As Windows Central explains, it would add some visual spice to Windows 10’s relatively ho-hum look with more textures, lighting, animations and even app elements that “escape” their window borders. If you believe the rumours, this would be particularly important for augmented reality: The interface would be better-suited to HoloLens and other headsets that map virtual images to the real world. Neon wouldn’t be a completely new interface, to be clear. Rather, it’d represent an added level of polish.

Of course, Redstone 3 wouldn’t just focus on cosmetics. Qualcomm confirmed that ARM-powered Windows 10 machines should arrive in time for 2017’s holiday season, so it’s only reasonable to anticipate some discussion of ARM support. A feature named My People, cut from the current Creators Update, would make it easier to reach friends through whichever communication apps they use. And if you’ll recall, rumours had Microsoft gradually rolling out both a family-oriented Home Hub sharing feature (which would give households a central repository for calendars, memos and other shared info) and longer-distance, Echo-style Cortana voice control over the course of 2017 and 2018. The Verge understands that Home Hub is poised to ship in September, so there’s a distinct possibility that you’ll hear about it at Build.

Cortana: a voice platform for all of your devices 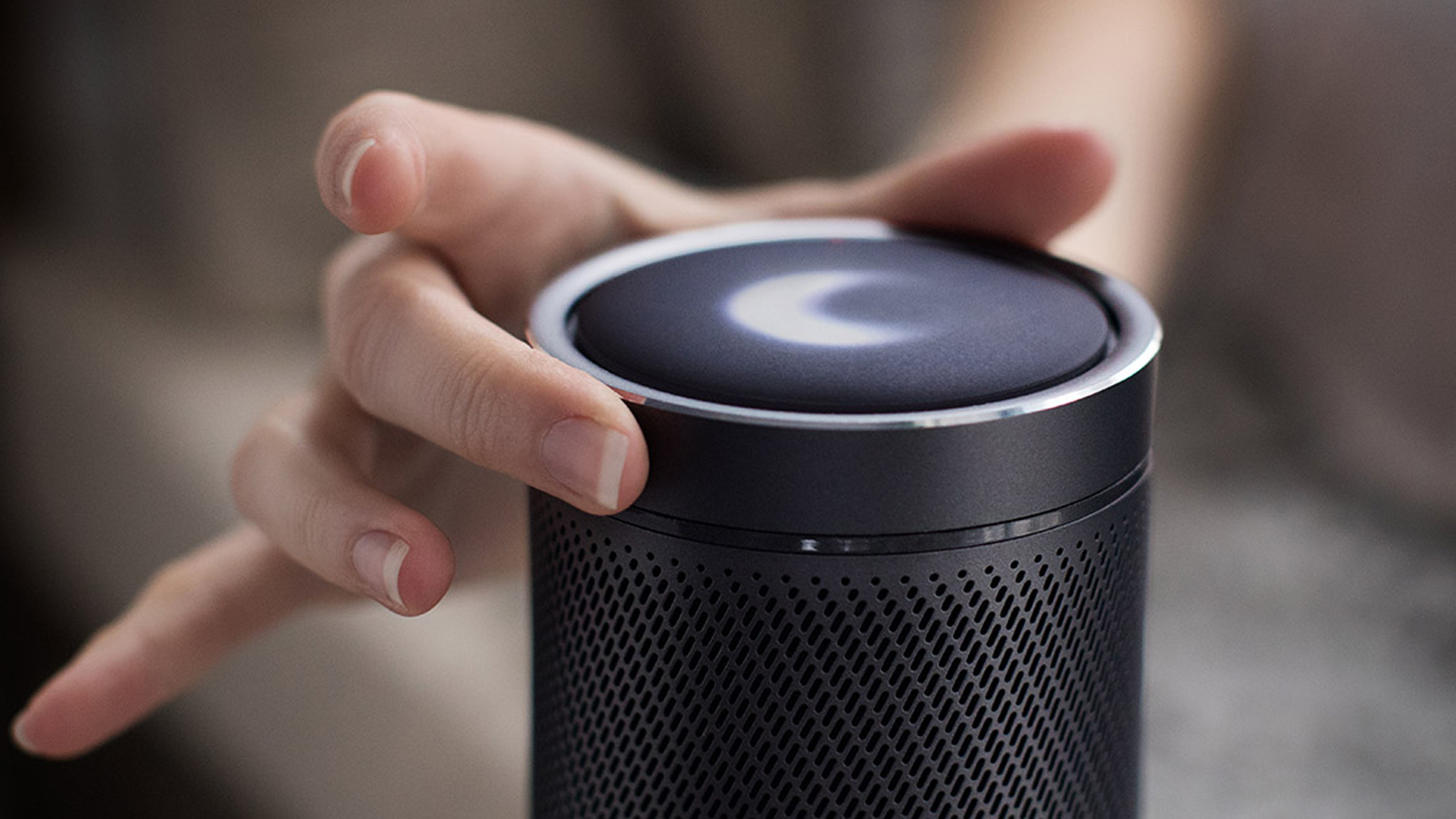 Microsoft hasn’t been shy about transforming its Cortana assistant into a device-independent platform for voice-controlled AI. It drove that point home shortly before Build with the unveiling of Harman/Kardon’s Invoke, a speaker that lets you use Cortana commands for everything from playing music to controlling your lights. To us, the timing of the Invoke’s debut isn’t coincidental: It suggests that Microsoft is ready to say more about how Cortana works when it’s not confined to phones or PCs. The company might even show off third-party Cortana gear we haven’t seen yet, although anything you see onstage is unlikely to ship until months later.

Also, Redstone 3 is expected to carry a strong focus on Cortana support, including communication with speakers and other decidedly non-PC devices. Microsoft might offer that long-distance Cortana control we previously mentioned, but you could also see tight integration between Cortana-equipped gadgets and Windows 10. You could tell your PC what to do through a speaker on the other side of your home, for instance, or control your Cortana-powered fridge without leaving your desk. It’s not guaranteed that you’ll get such advanced control, but it’s hard to rule it out when there’s pressure to one-up Amazon and Google. 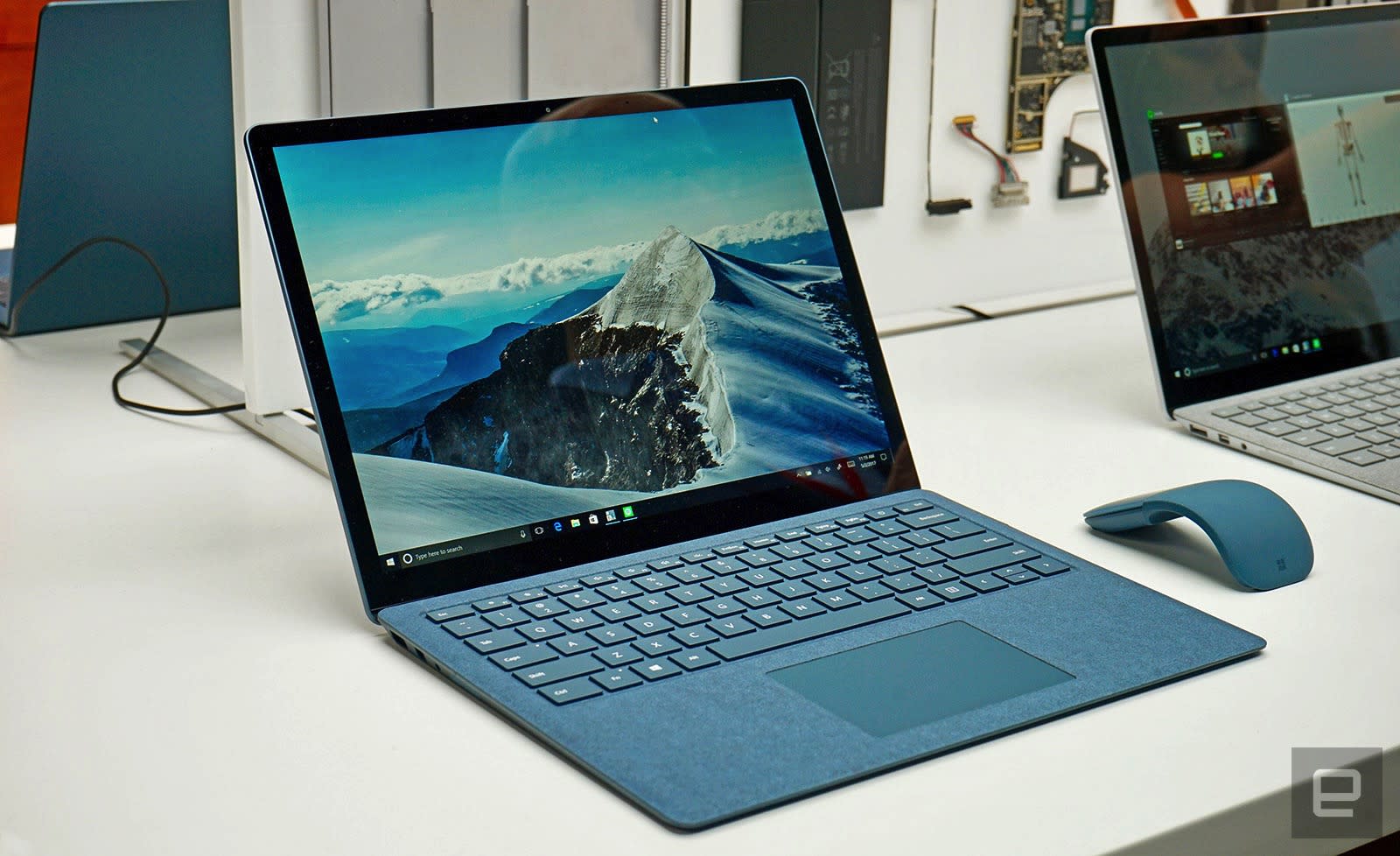 When Microsoft unveiled Windows 10 S in its bid to take on Google’s Chrome OS, there wasn’t much hardware announced to show it off — just the Surface Laptop and an Acer convertible. Beyond that, the firm didn’t do much more than name supporting manufacturers. As such, it wouldn’t be farfetched to see Microsoft follow up at Build by showing off more 10 S-equipped PCs. These are more likely to be budget laptops than premium machines given the education focus of 10 S, but we wouldn’t rule out some pleasant surprises.

Even so, you might see new Surface hardware. Microsoft’s Panos Panay ruled out a full-fledged Surface Pro 5 in the near future, but that doesn’t preclude an updated Pro 4 that uses Intel’s seventh-generation Core (aka Kaby Lake) chips and otherwise receives some much-needed spec bumps. We wouldn’t rule out minor Surface Book or Surface Studio improvements either. The main question is timing. Microsoft has already scheduled a Surface-related event in Shanghai for May 23rd, so it might not want to spoil the party by announcing a product at Build two weeks earlier. It might only unveil something at Build if the Shanghai gathering is strictly intended as a regional event. 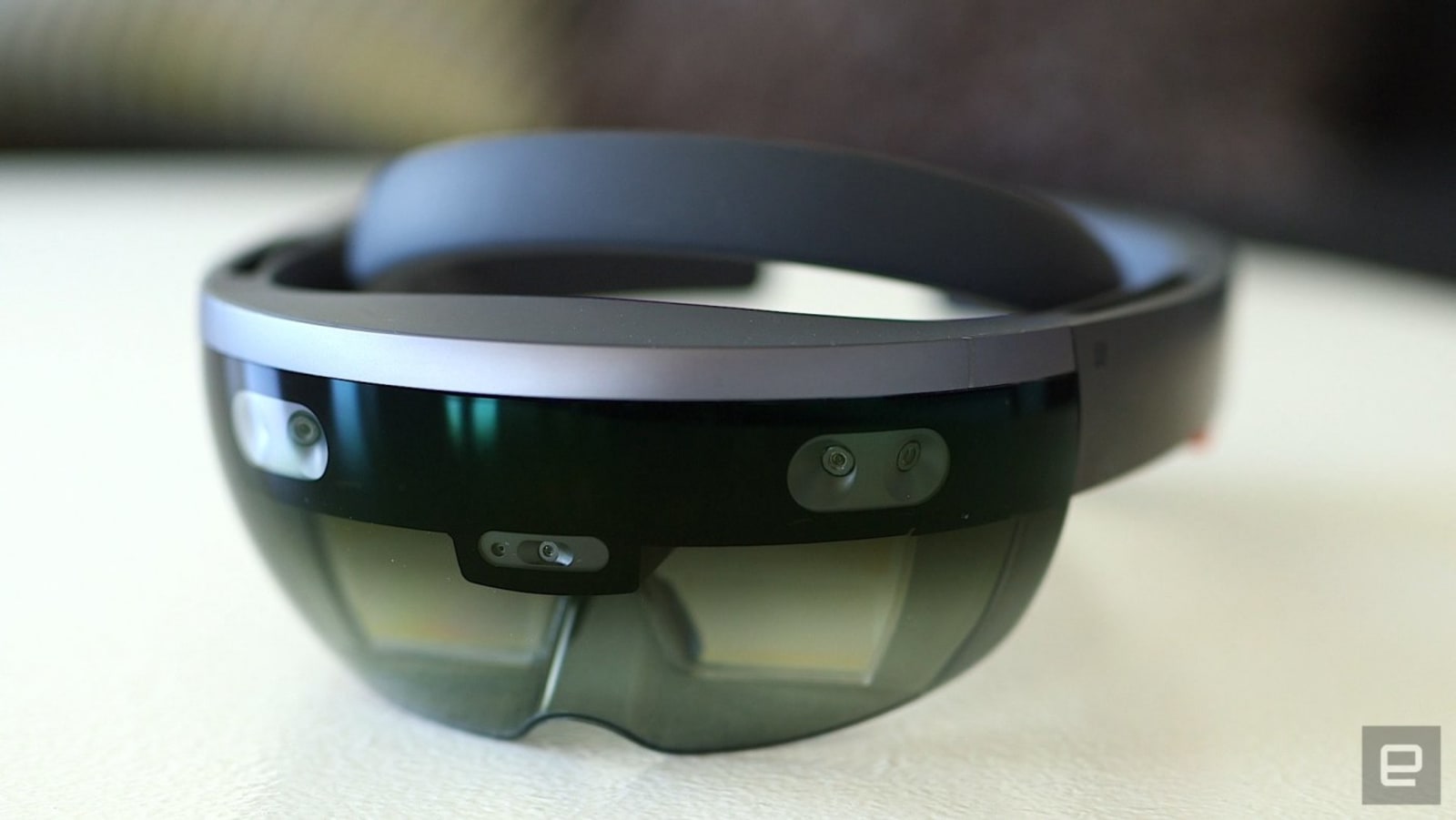 As you might guess, what we’ve mentioned so far only touches on a fraction of what Microsoft could cover: It has many more projects it could talk about, even if some aren’t likely to receive as much attention as you might hope. HoloLens is one example. A second generation of the mixed-reality headset isn’t expected until 2019, so any Build talk is more likely to focus on apps than shiny new hardware. You might see demonstrations of HoloLens apps from companies like Netflix.

We wouldn’t count on Microsoft saying much about the Xbox either. Although it won’t be surprising if some Windows 10 Redstone 3 updates find their way into the Xbox One, any other talk surrounding the console is bound to focus on developers. E3 is just a month away: Microsoft is going to save Project Scorpio and other earthshaking gaming announcements for that event.

As for other tidbits? Windows 10 Mobile may well receive some of Redstone 3’s features. More VR software and headsets are possibilities. If there are any big Skype updates coming, Build is a good opportunity to reveal them. And regardless of what we expect, there’s a chance that Microsoft could have one or two left-field announcements. About the only surefire prediction is that Microsoft will have a lot to talk about. Build keynotes are often marathon affairs, so you may need some extra coffee if you’re going to read our live blog on the 11th.