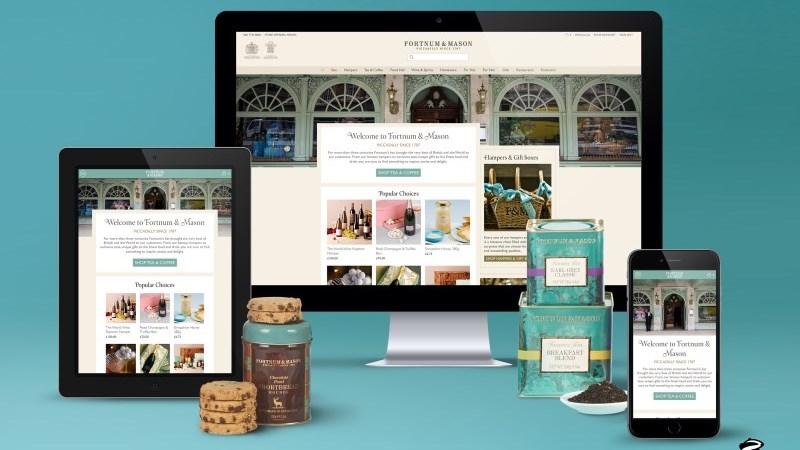 As the founder and CEO, Cain is responsible for Strategy, Culture, Sales and Marketing at Red Badger. He has been an advocate of Agile/Lean methods of Software Delivery for 15 years and has helped many large corporations to reduce waste, innovate, and build excellent customer experiences. Red Badger are currently working with clients like Tesco, Financial Times, Dow Jones and Fortnum & Mason, to build enterprise web applications, using state-of-the-art technology, cutting-edge process and delivering great customer experience. Cain tweets at @cainullah.

Fortnum & Mason is an iconic brand with a long history as curators of high quality products. Renowned for a unique, highly personalised in-store customer experience, Fortnum’s also prides itself on attention to detail, an individual sense of wit and for being the Queen’s grocer. But how does a brand with three centuries of heritage stay ahead in the ever-changing digital landscape, and ensure its renowned customer experience is implemented online?

In order to create a website that could give the customer the same level of experience and service that they would expect in-store, Fortnum & Mason partnered with Red Badger, an experience-led software development studio.

Fortnum & Mason delivers to 120 countries across the globe, allows for personalisation of exclusive products and their customers expect the same high level of service wherever they are in the world. The new Red Badger-created site is also one of the only fully responsive retail sites currently live, which ensures that the customer experience equally superlative no matter what device is used. The site is also built to be scalable and flexible enough to support the company’s future ambitions.

In order to build a site with the consumer at the heart, Fortnum’s suggested carrying out face to face testing in store, and the site was tested with existing customers from early on in the build process. This brave approach meant that many of the changes and requests suggested by customers could be quickly built in and adapted during the testing phase to ensure the need was met.

All of the changes mean that when the full go live took place the site already had features and processes in place that made sense to the user, not just the business. This approach also meant that overall the project has achieved a complete re-platform and design from concept through to delivery, in just eight months and for under £1.3 milllion.

The brand aesthetic was addressed with the use of colour, which was carefully considered for customers. Fortnum & Mason is recognisable for their use of eau de nil; a colour associated with royalty and refined tastes. Just as in the store, the soft incandescentlighting-style colour scheme of the website mimics lighting in homes rather than the usual harsh shop-floor fluorescent bulbs. The signature colour is reserved for key product shots and call to action buttons.

As well as following a closer brand aesthetic, the new customer experience included tech developments such as streamlining the checkout process, refining the user journey and solving specific issues that were causing high levels of drop out at certain stages. Before the new site went fully live, three months of beta testing allowed the team to discover where customers were experiencing issues, or where drop out was high.

This customer testing allowed points where the customer experience could be improved to be highlighted before the site was launched, thus reducing the friction of the changeover. For example, the build your own hamper functionality – a key service in store, hadn’t previously been available online. So many customers requested this functionality that it was built into the first main beta release of the site. Nearly 100 customers build their own hamper in an average day, which is particularly demonstrated in the Christmas 2015 trading results wheresales were up 26 per cent.

The new site had its first anniversary in February 2016 and the difference fortnumandmason.com has made to the business has been significant; during its first week alone, conversion improved 14 per cent on the previous year, average order value increased five per cent, total sales went up 30 per cent, and calls to customer services were reduced by 40 per cent on the site’s first full day of trading.

On top of these figures, online sales went up 38 per cent in 2014, which included a 26 per cent rise in the sales of the world-famous hampers. Personalisation services saw a 261 per cent increase in November vs. October and in regards to user experience the drop off during navigation of deliveryoptions has gone from 18.8 per cent to 0%.

The Fortnum & Mason project has been a fascinating journey. It is a real-life example of how important it is for retailers to keep the customer and user at the centre of digital projects and takes care to replicate the in-store experience online.